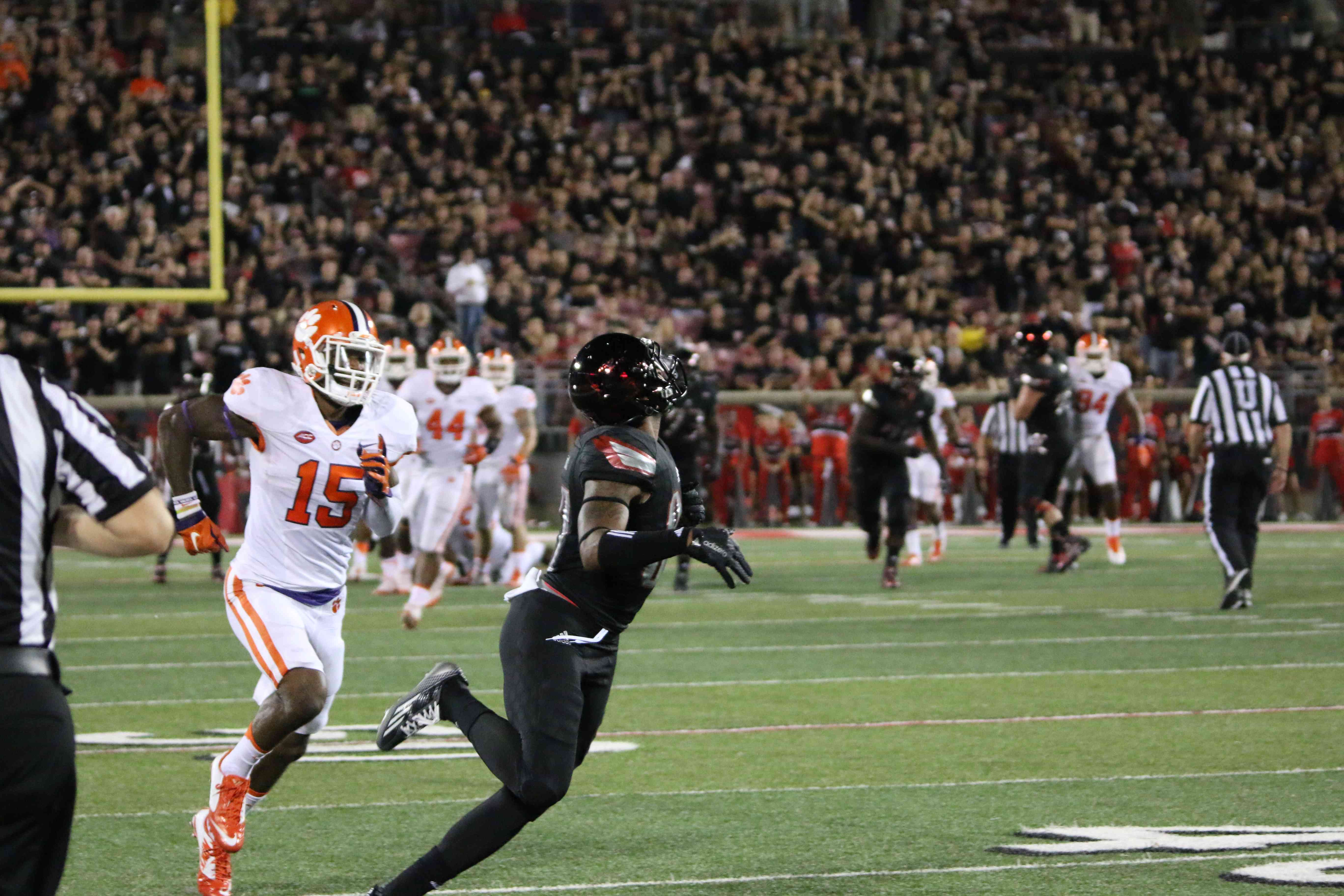 Louisville Offense vs. the Clemson Defense

The Louisville Offense has not fared well against the Clemson Tigers over the past 2 meetings. In 2014 & 2015 the Cards scored 17 points in each contest and gained just 264 yards in Death Valley and 272 yards last year. The Cardinal offense in those games is 3 of 31 on 3rd down during both games……… THREE OF THIRTY-ONE! If the Cards don’t do a better job on 3rd down offensively on Saturday then forget more yards & points or beating Clemson.  The Tigers’ Brent Venables has done a great job scheming against the Louisville Offense in the two meetings between the schools and both games came down to the wire (3 & 6 point games).

But Lamar Jackson could change things.  Last year when Louisville inserted Jackson into the lineup for a specialty package with Reggie Bonnafon in the backfield the Cards moved the football.  It can be argued that UofL should have stayed with that package and plan more often last Fall against the Tigers.

Clemson will be the best Defense the Cards have played in 2016 BY FAR.  Last year the Tigers contained everything that Louisville did…. Clemson was just faster and more experienced.  Louisville couldn’t get the edge at all and when the Cards did find room in the passing game they failed to connect on a few bombs.

The Tigers are fast & physical again and they are stout against the run and possess one of the best pass defenses in football.  Lamar Jackson’s versatility is a huge value against Clemson’s defense as they will need to account for his full complement of abilities.  Clemson is most likely going to make Lamar beat them with his arm as they can’t afford to let Jackson run in the open field. Clemson also has a FANTASTIC pass rush, as per tradition for the Tigers.

Louisville’s best bet is actually to establish a ground game.  It won’t be easy…..NOTHING will be easy against the Clemson Defense. But practicing patience and understanding that it’s OK to punt is going to be a big deal for the Cards.

One thing that can’t happen is Louisville forcing the ball or giving up the ball.  There isn’t going to be a lot of room for the Cards on Saturday and Lamar Jackson can’t get frustrated and try to squeeze in passes & the Cards once again are one of the most fumble prone teams in college football (119th).

Ultimately Louisville is going to be facing its biggest test of the year on Saturday night and if the Cards are going to prevail they will have to be precise and patient.

Let’s take a look at the ranges of productivity that we might expect in Death Valley.

Based on the chart above the Cards will score another WIDE range between 29.27- 47.74 points.

Based on the chart above the Cards will gain between 151-199 yards per game.