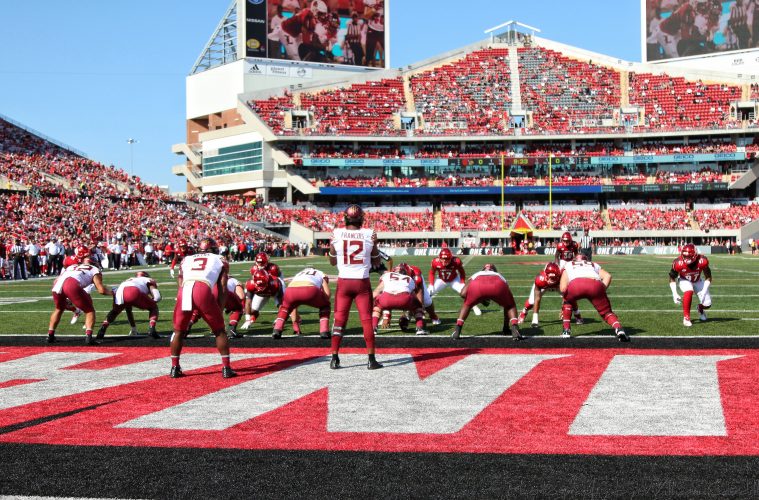 The University of Louisville football team needs to have a short memory because Georgia Tech’s gimmicky offense will be at Cardinal Stadium Friday night at 7 p.m.

Preparing on a short week is extremely taxing, but trying to put last Saturday’s 28-24 loss to Florida State behind them might be a larger task.

“They’re all hard to bounce back from,” head coach Bobby Petrino said. “I think the thing that was so telling in the locker room after the game was that we felt like we went out there and left it all on the field and put out great effort and executed and didn’t get the result that was sitting out there for us.

“It takes a little bit to get over it. But one of the things that you have to do in athletics is put things behind you. Some guys like John L. (Smith) used to always say, ‘tear off the rear-view mirror and look ahead and move forward, as you do in life.’ So it’s always a life lesson, too.”

The Cardinals a key Atlantic Coast Conference game in the final minute, wasting a 24-14 lead heading into the final quarter. The Seminoles overcame the deficit with 14 fourth-quarter points, with the back breaker coming on a 58-yard touchdown pass from Deondre Francois to Nyquam Murray with 1:13 left in the game.

“We were in man coverage, and they threw a slant to him, and we had a guy there. But we know they’re good athletes, and he made a great play. He ran through a tackle and did a good job of cutting, and getting the ball in the end zone.”

Playing Georgia Tech, a triple-option offense, is a difficult task to prepare for because of the novelty of its offensive attack, but the Cardinals have been eyeing this game in their preparations since the start of spring practice.

“It’s not any more difficult, “Petrino said. “We knew it was going to be a Friday night game a long time ago, so we spent some time working hard at it in spring ball. We spent some time — and I’m talking about the defense — because the challenge with Georgia Tech is that’s the only offense that you face that runs this type offense.”

The Yellow Jackets, who are coming off a 63-17 win over Bowling Green last weekend, are averaging 339.2 yards on the ground and 453.2 yards of total offense this season. Quarterback TaQuon Marshall, who is averaging 76.4 yards rushing per game, is the director of the high-powered attack that is averaging 36.4 points per game this year.

“Coach (Brian) VanGorder went against it, a lot of us coaches have coached against Army, Navy, and Air Force. You try to figure out who’s done well against this type of (offense), just, when you do get the plan that you have a background and philosophy for it.”

“So we spent time on it in the winter, so you already had pretty much the game plan in place in what you want to do and then you just have to tweak it for the new things that they’re doing.”

Georgia Tech’s offense puts a lot of pressure on the defense because it takes all 11 players to play their responsibilities, and handle the deception of its offense.

“It’s a lot about your eyes and your assignment and your discipline and still playing fast,” Petrino said.  “You have to be careful about coaching too much because you still have to have instincts and play fast. But you do have to do your responsibility. I think they threw the ball six or seven times the other day, but when they’re throwing it, they’re trying to hit big plays on you because you get used to the run, the run, the run. It’s always about the discipline and recognition.”