Louisville Baseball Tweeted out a VERY interesting graphic today that I really felt needed to be shared. In UofL Baseball History 61 players have been drafted. 40 of those have come during the tenure of Head Coach Dan McDonnell.

Considering Major League Baseball has held a draft since 1965, having a single coach produce enough pro-ready players in 8 seasons to produce 65.5% of the program’s draft selections is ASTOUNDING. There have been 50 drafts since 1965.

Dan McDonnell has been OUTSTANDING at Louisville both producing pro-ready ballplayers and winning on the field. We can only expect that to continue. Here is the graphic UofL put out this morning. 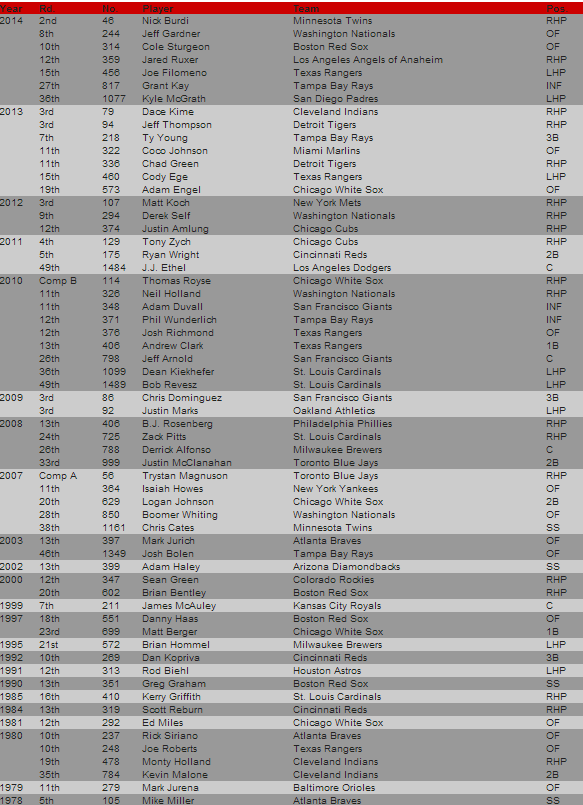