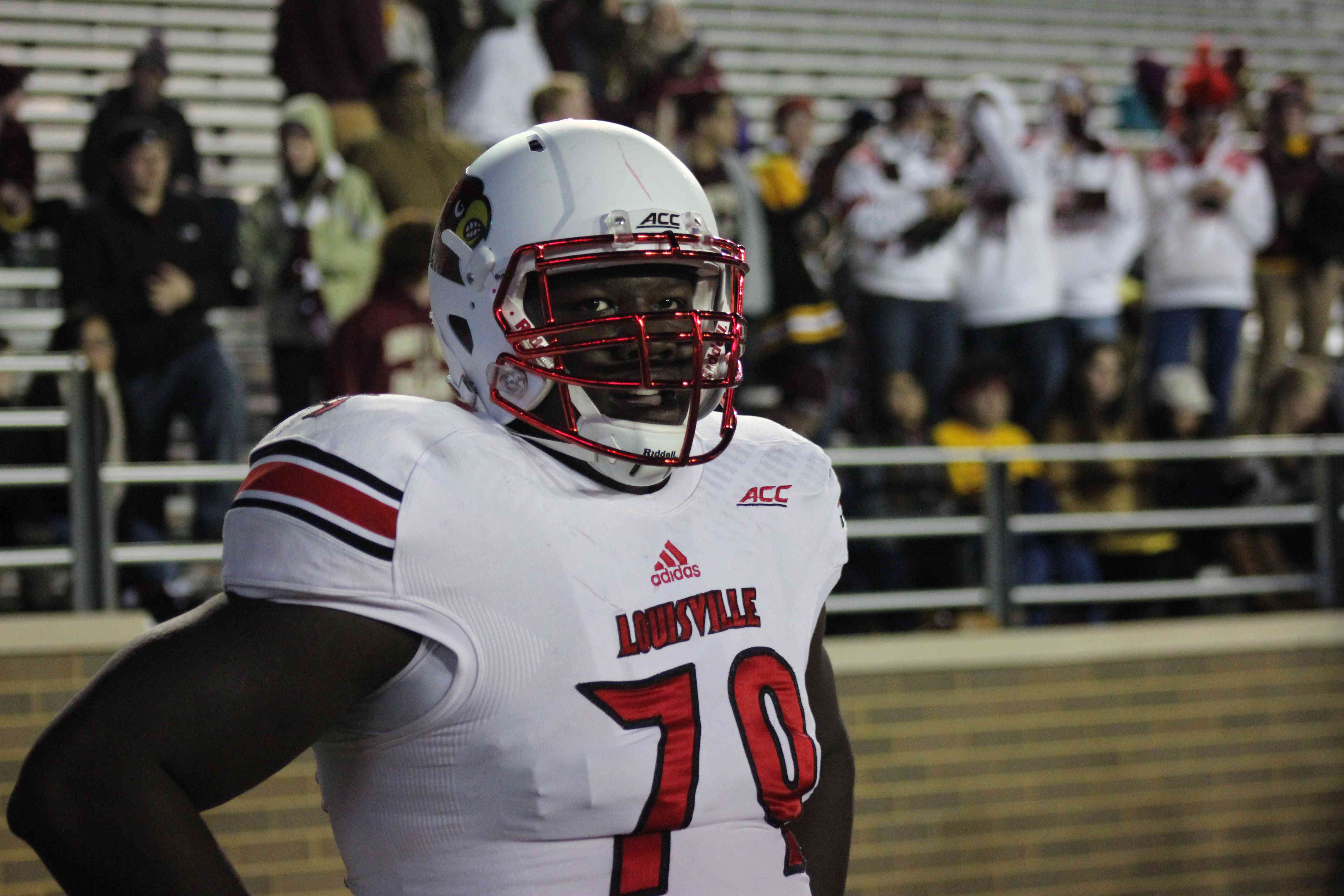 Former Louisville Offensive Lineman and Fern Creek standout Jamon Brown broke his leg on Sunday while playing for the St. Louis Rams vs. the Chicago Bears in Chicago.

The injury was so bad that TV told its broadcast booth that “Its a visual we don’t want to see. Yes we are not going to show the replay of Jamon Brown’s leg”. The Rams have reported that Jamon’s leg fracture means that he’ll likely miss the rest of the season, which seems obvious given the nature of the injury. We’ve yet to hear exactly which bone/bones Jamon broke and that will be the starting point on what his expected recovery might be.

Jamon Brown was drafted in the 3rd Round with the 72nd overall pick in the NFL Draft by the St. Louis Rams and was having an outstanding Rookie Season. Brown also possesses a fantastic signing voice and is one hell of a nice guy. All the prayers for Jamon during his recovery.

CBS: “We’ve been told it’s a visual we don’t want to see.” “Yes, we’re not going to show the replay of Jamon Brown’s leg.” #Football