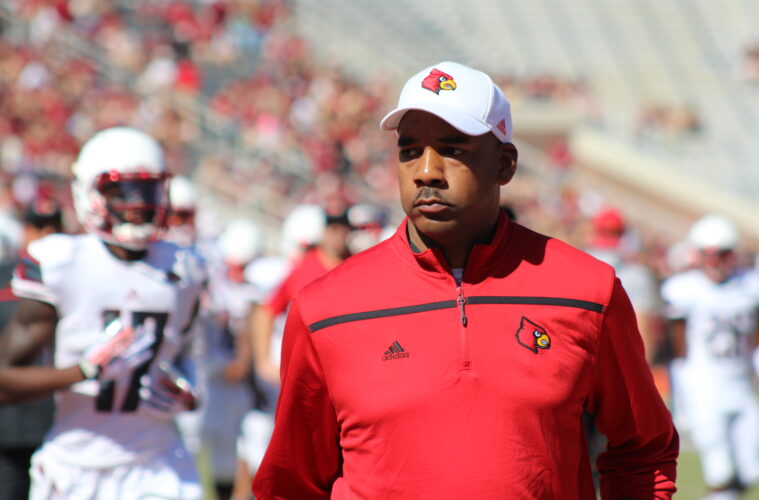 McGee was the #19 paid assistant coach in college football in 2015 making a salary of $850,000. Coach McGee has strong ties to Lovie Smith who was hired by Illinois 4 days ago replacing Bill Cubit.

The search is now on for Bobby Petrino to find Garrick McGee’s replacement. Petrino has had some staff turnover from 2015 to 2016. Louisville lost Cornerbacks Coach Terrell Buckley to Mississippi State, Safeties Coach Greg Brown to Missouri, and Lamar Thomas to Kentucky.

We will keep you up to date on any developments in Louisville’s Offensive Coordinator search. Spring Football begins for the Cards on March 22nd.

STATEMENT FROM LOUISVILLE HEAD COACH BOBBY PETRINO
“I wish Garrick McGee and his family nothing but the best and I am grateful for his friendship and commitment. I’ve known him for a long time and I’m going to miss him as a person and a coach. He did a great job wherever we have coached together and I think he has a great football mind. I know it was a difficult decision for him because he’s had such a close relationship with Lovie Smith, and he feels like this is the right move for him. I wish him nothing but success and I am grateful for his dedication through the years.”