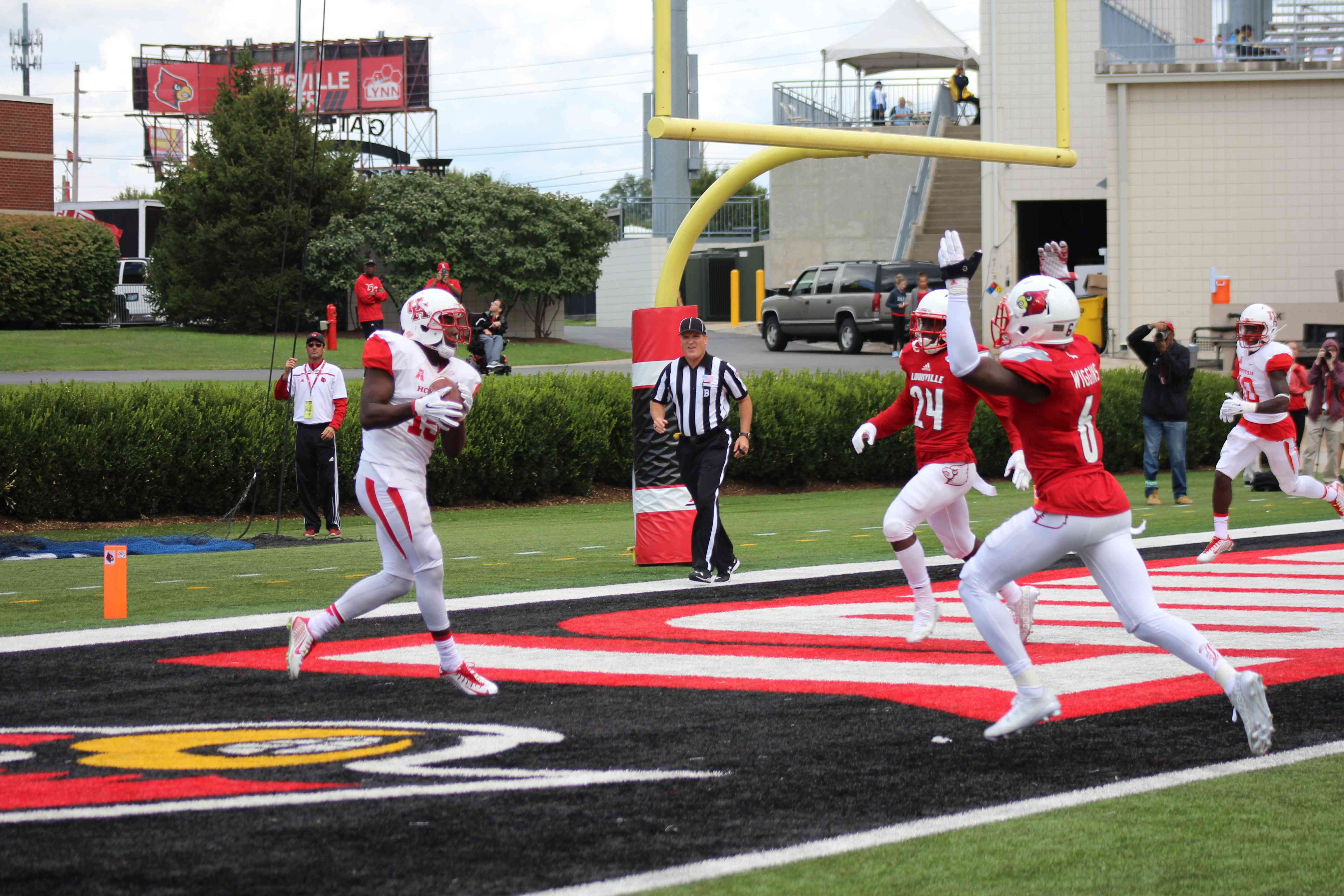 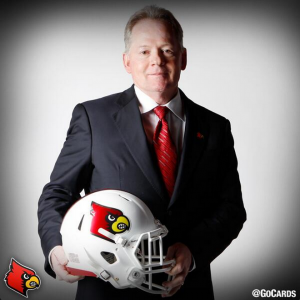 This one isn’t really a shocker but it’s still worth noting. When you’ve watched several practices of several different football coaches, it’s hard not to be shocked by whom Bobby Petrino choses to spend his time with. Of note today, the Head Coach spent nearly 45 minutes of the three hour practice focusing on route running. It wasn’t just going through repetitive drill after drill, with no coaching either. Every foot placement, each step had to be perfect or the drill was done again. I was awestruck but not surprised to see how carefully crafted Petrino was with this. From starter to fourth string, they all got the same routine.

In addition, Petrino spent a large chunk of practice – once again – talking with the punters. That’s something that you simply don’t see College Football coaches doing. To Louisville Football fans, that’s probably a welcomed sight considering how putrid the punting has been in the past.

Shaq Wiggins is a Standout:

Well it’s quite apparent why Louisville took a chance on some transfers – at least Shaq Wiggins. He may be small but it doesn’t matter. Williams, who will sit out in 2014 due to transfer rules, caught my eye immediately at Louisvilles Practice. The once Georgia cornerback is as far as a long with the defense as any veteran. That shouldn’t exactly be a surprise considering Wiggins played in the 3-4 Defense that Todd Grantham brought to Louisville already.

He’s the only guy that have I seen consistently go toe-to-toe with Devante Parker. He has elite quickness and the special physical brand to his game. He’ll be special. Right now his role will need to be assisting his teammates, primarily Andrew Johnson who Louisville will need to solidify the Defensive Back unit. I can’t overstate that enough.

Charles Gaines likes to talk a lot, that’s nothing new. But what is new is how he’s using all that talking to become a leader for the Defensive Back unit. If your in the path of Charles Gaines, you’d had better be running, or else he’ll make you go back on the field and run back off. He did that to Andrew Johnson today with no opposition. He’s doing every thing else too. Calling plays from the sideline, coaching up Wide Receivers, anything you need. It’s a big development for a player who is already well on his way to becoming one of the Nation’s Premier Defensive Backs.

“To me when I first got here, he’s been doing that,” Cornerbacks Coach Terrell Buckley said of Gaines. “That’s all I know. Leading players encouraging them. But also making sure he’s taking care of business of the field, as well.”

Matt Milton will get his chance:

For the second day straight, Matt Milton ran with the first team offense in 7-on-7 drills. It appears, for now, he’ll get his chance to slide into the third receiver slot over James Quick. Of course, it’s the beginning of Fall Camp and anything can change. However, it’s obvious that Bobby Petrino likes the big 6’5 target.  Having two six footers on each side of the QB would be appealing to any coach.

Milton still appeared very raw. He can make all the catches and displays potent athleticism from time-to-time. However, he’ll have to improve his route running. Simply put, it’s too choppy and too slow off the ball. To make plays against the finest CBs in the ACC, this is a must.

Don’t Put Too Much Stock Into Will Gardner’s Play Just Yet:

Will Gardner looks the part. He’s a rangy QB with a powerful arm, who looks very comfortable in shotgun situations. A perfect guy for Petrino. It’s also pretty safe to say that he will be ‘the guy’ barring some incredible run by Pat Thomas or Reggie Bonnafon. That we can determine. Anything beyond that is difficult without pads.

Gardner looked better today than the previous reports from Day One. He threw two interceptions in 7-on-7 drills but also made some precision passes that split two defenders.

Things change when the pads come on. Offensive lineman truly start blocking and thus Will Gardner has less hands in his face. These are situations that most closely represent game play situations. He’ll also have to improve his timing with the receiver core. That’ll simply come with more reps.