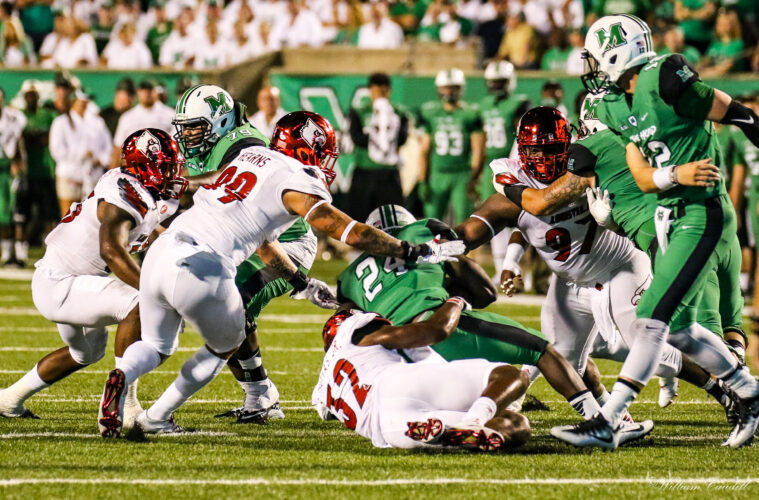 Todd Grantham & LD Scott’s Defensive Line loses Sheldon Rankins & Pio Vatuvei from a year ago.  Rankins was drafted in the 1st round by the New Orleans Saints and the Cards must replace a lot of experience…….BUT they have a lot coming back too.  But there isn’t going to be a single bullet that replaces these two, it’ll have to be by committee.  Also before going into the individual players its important to note that these players DO NOT just play one position.  Defensive Tackles, Defensive Ends will switch around based on formation need & Outside Linebackers will mix in at Defensive End (like Devonte Fields in DIME) at times too.  We’ll cover the Outside Linebackers in the linebacker section, but it’s just important to note that before going further.

Overall Louisville’s Defensive Lineman are versatile can play many positions and give Todd Grantham & LD Scott lots of options when it comes to mixing & matching personnel based on situation.  Also the Cards have enough bodies to remain fresh well into the 4th quarter.  There is enough talent & experience to be comfortable, but it will likely be a little bit different than the last few years up front as several players will be counted on for expanded roles in 2016.

It all starts with DeAngelo Brown.  DeAngelo is the veteran of the group and elected to return for his senior season despite getting an NFL Draft grades in the 5th & 6th round by various outlets.  As Louisville’s Nose Guard DeAngelo Brown takes up a ton of space and the Cards can credit a game saving tackle by DeAngelo on a scrambling Everett Golson that beat Notre Dame in 2014.  Brown has been phenomenal in the middle of the Louisville defense and is what every coach running the 3-4 would like to have to begin building out their plan. DeAngelo is STRONG boasting ridiculous bench & squat totals in the weight room.  He uses that strength to occupy two blockers at a time freeing up the Cardinal Linebackers.

Kyle Shortridge & Johnny Richardson can both play the inside position and both players can swing out the End as well.  DeAngelo Brown however won’t ever be anywhere other than the middle for UofL’s Defense. Shortridge has been in the program for sometime and started to really make an impact late last year.  Kyle is a capable player and moves well, but has yet to crack the rotation for a major amount of game reps….that changes this year.  Shortridge has started to break out of his shell during Fall Camp and is ready to make an impact for the Cards.  He’ll likely still be on the 2nd line, but Shortridge is going to play a lot of snaps for UofL this season and I think it’ll be worth the wait.

Johnny Richardson is someone the fans should be excited about.  As a freshman Richardson (also referred to as De’Asian) was able to play right away on a loaded defense, but the Cards lost Johnny in 2015’s Fall Camp with a knee injury until late October. De’Asian was able to return by late October but having him healthy from the beginning and THROUGH Fall Camp is going to be huge for Louisville. Richardson will mostly play End for the Cards but can slide inside if necessary.  Johnny is a play-maker and as Louisville’s biggest player is a lot to deal with for how agile he is.  I expect a big year out of Johnny Richardson as a starter, an impact from him would be tremendous.  We do want to see De’Asian’s conditioning level, but we also know that there are going to be a myriad of formations for UofL so Todd Grantham should be able to find different ways to get fatigued players off the field.

Drew Bailey primarily backed up Sheldon Rankins a year ago but looked good on the field when he had his chances to prove himself.  Drew is going to have an increased role in 2016 and looks prepared to take it on from what we saw in Fall Camp. Bailey is a BIG guy and should be a starter for the Cards at the Defensive End position vacated by Sheldon Rankins.

The Cards also got a big lift when they signed Northwest Missisippi CC’s Chris Williams.  Williams  comes from the same high school as Ja’Quay Savage & Shaq Wiggins and was the Defensive MVP of the Junior College National Championship Game.  Chris enrolled this past January and Coach LD Scott loves his pass rushing ability and told us that we’ll see Williams in specialized situations.  Between Bailey & Williams the Cards should have one Defensive End position in good shape.   The Cards will likely redshirt true freshman Kordell Slater from Port Charlotte, FL who also arrived in January allowing him a full year & a half to get ready before taking the field as a redshirt freshman.

From talking to LD Scott it sounds like we’ll see some of redshirt freshman G.G. Robinson in 2016, but maybe not as much as we’d hoped. L.D. Scott told us at Media Day that G.G. is progressing but that he’d like to see Robinson play with the physicality of the rest of the unit.  G.G. is now 6’4, 305 lbs and chose the Cards over an extremely intense late push from his childhood favorite program Auburn where his father is the Tigers’ all-time leader in sacks & his a street on campus named after him.   We’ve already mentioned Johnny Richardson, but we can’t close this section without discussing the potential of Derek Dorsey &  Caleb Tillman.  Here’s hoping that Louisville doesn’t NEED the services of Dorsey or Tillman in 2016 and they can both redshirt & develop his game.  Both guys definitely look like ball players to watch, but there is a lot of development ongoing and the Cards shouldn’t need to press them into action for 2016.