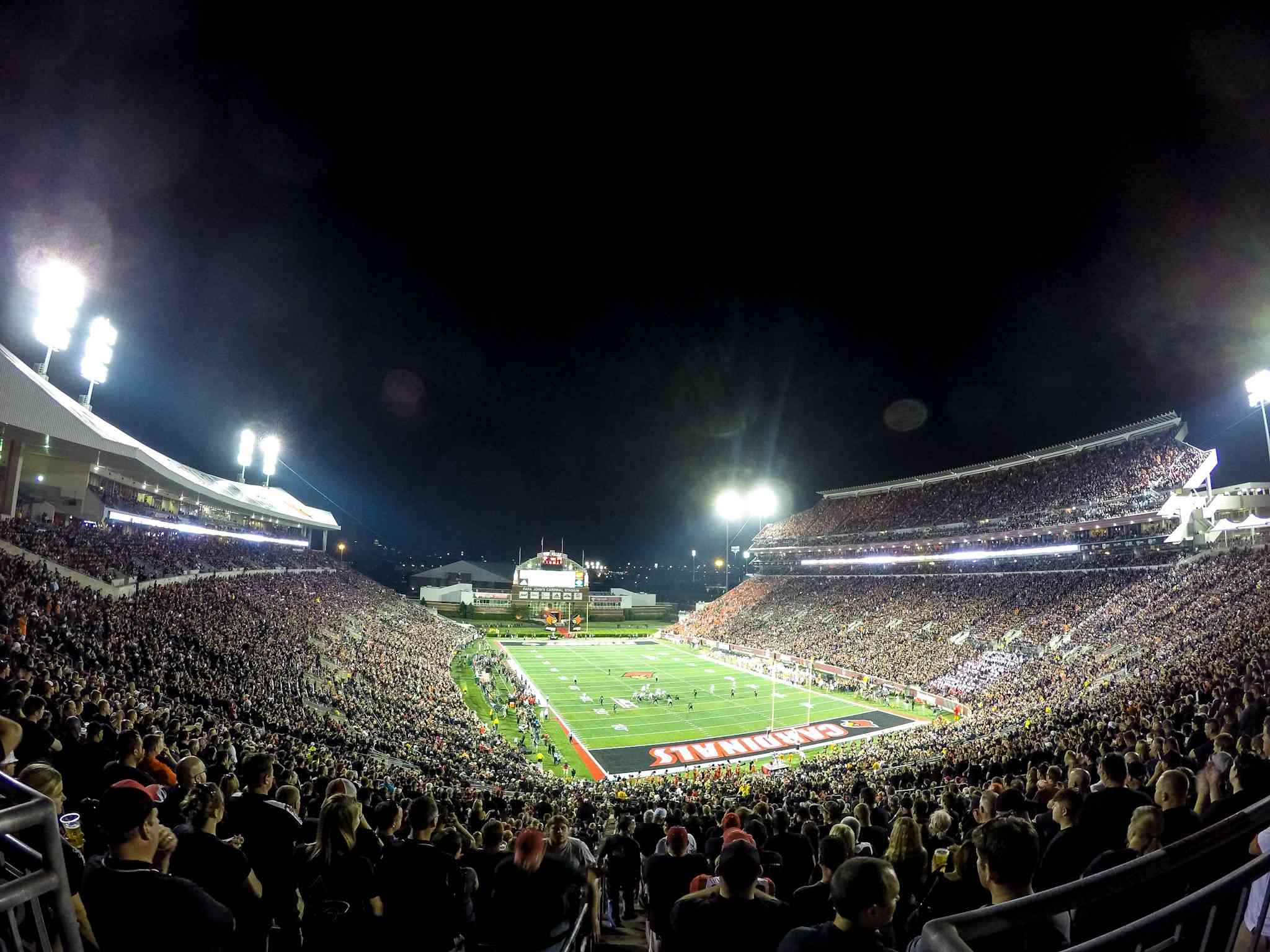 In a 12 day period 31,000 Cardinal fans traveled to Atlanta and saw the Cards fall to the Tigers by 7.  Then 50,019 saw Louisville lose to Houston and finally 55,396 (the 3rd largest crowd in PJCS history) witnessed Louisville fall to Clemson.

3 losses in 12 days……13 points TOTAL.  That is a lot of time, energy, money and irritation from a fanbase that has yet to see a win.  The start of 2015 has been frustrating for the fans…..and it’s understandable.  Louisville was 32-7 over the past three seasons.  And the Cards have lost their last 4 outings dating back to its Belk Bowl vs. Georgia in Charlotte. From September 2, 2012 through November 29, 2014 a period of 818 days Louisville lost just 6 games……..the Cards have lost 3 games in 12 now.  So fan frustration is understandable, the Cards aren’t used to losing.

The program has experienced a wealth of success and had a stellar inaugural season in the ACC. But the current slump in production on offense was not difficult to see coming even before Bobby Petrino took the job in January 2014.  Most assumed the Petrino could shape his offense in typical fashion in Year 2 like he has been able to achieve in other stops, but the change in philosophy from John L. Smith & Houston Nutt was smoother for Coach Petrino than it has been for him to change from Charlie Strong’s style.

This is an adjustment period.  2014 was a veteran filled squad and Petrino adapted to keep things going as they were prior to his arrival and things went well despite a sputtering offense.  Bobby actually lamented the restart at the begging of Fall Camp by saying, “It’s strange to be basically starting over in Year 2, but that’s what we’re doing” in speaking about his offense.  To date Freshman account for 63% of All-Purpose Yardage thus far in 2015 and 11% comes from the sophomore group.  That’s 74% of Louisville’s yardage coming young players against #6 Auburn, Houston, and #11 Clemson.

This team is just not developed to where it needs to be.  But if you are watching closely you can find the positives and understand that things won’t change overnight.  Louisville had perhaps its best outing vs. Clemson….was it good enough?  No.  But there was less wrong versus Clemson than there was vs. Auburn.

Louisville Football has a bright future.  Keith Poynter (@VilleSportsLaw) had a good point when he said: “Watching this team is like maxing out your 401(k). Seems a bit disappointing on payday now, but will yield huge long term gains.”   That’s the right approach.  It’s an INVESTMENT.  We talked after the Auburn game about the parallels between 2011 & 2015 and those same circumstances continue to grow in similarity.  With the key difference in 2011 was the Louisville fans were used to losing during 2007-2010.

I doubt any fan would take back the 2012-14 Football run.  But that’s just what it was.  A Run.  College Football Ebbs & Flows.  It’s a process and sometimes the process can hurt. Everyone wants to win every game all the time, that’s the competitive nature of people. The good news is that Louisville has talent and they have coaching.  They’ve been in 3 tight games against 3 exceptionally good teams.  If Louisville could have found 13 additional points (actually 16 technically) we’d all be talking about Louisville as if they were a College Football Playoff contender.

But let’s not close this out all sunshine & rainbows.  There is a lot to fix.  Accountability is what develops people into their best self and if you don’t like accountability then don’t do things in the public like coach & play football.  Here are some things to improve on.

Clemson dominated the Cards on the outside both on offense and defense.  I expect that with a green offensive line…..I CAN NOT accept that with the talent on defense.  Clemson routinely attacked Devonte Fields’ side and routinely won.  Pio Vatuvei and Fields both need to do a better job of playing their assignment and containing the outside edge.  Tackling between the hash against a shifting ball carrier is easier than one who is off to the races on the outside.  CONTAIN THE EDGE.

Additionally Louisville’s secondary is going to continue to get attacked in the short passing game and make tacklers shed blocks to make tackles.  Clemson & Houston both challenged Louisville in this way and bled the clock, flipped the field and when they were not successful in scoring at least made Louisville travel the long field after punting.

The Cards MUST do a better job on the outside defensively.

19 yards on 28 carries.  Do we need to even expand on this?  Louisville is one of the worst teams in college football so far in 2015 in rushing offense.  Petrino can not run his offense if the Cards can not run the ball.

Once again.  Louisville’s tackling vs. Clemson was suspect.  It improved, but there is no excuse for a player getting stopped for a gain of 1 only to advance 3-4 additional yards while going to the ground.  PRIDE has to come into play here. Containing the edge will help this…..but Louisville must get back to Louisville Tackling.  We’ll continue to drive this point home until the tackling returns to an acceptable form.

Everyone expected for Louisville to struggle offensively and that’s why the play of the defense is so disappointing.  Total Yards Allowed, Run Yards Allowed, 3rd Down %……it’s all flipped from a year ago when the Cards were outstanding.  Louisville is too talented in its players and coaches to give up the plays they are giving up.  Make tackles and get off the field.

This is for both offense and special teams.  Louisville needs to maintain tempo.  TEMPO. TEMPO. TEMPO.  The Cards can’t get out of the huddle and look to execute when the first reaction to start the play brings UofL off balance and immediately hurries the trigger man.

John Wallace is a better field goal kicker than he has shown in 2015.  Wallace has 309 points in his career and has hit several clutch field goals in his career.  Wallace can not get down on himself (and neither can the fans).  John has to trust the process and trust his leg.  Still, some of the field goals Louisville has missed thus far need to be made……but this is College Football.

SETTLE ON A QB

If for nothing else to give the team, fans, and program something to rally behind.  So many of Louisville’s problems are related to consistency and UofL is not going to find that starting 3 different quarterbacks in 3 games.  If Louisville’s offensive line is gong to settle and get accustomed to a cadence and if a quarterback is going to settle in and get comfortable in his role the coaches MUST settle in and roll with a QB that it at least plans to be with for the balance of the season.  If that is Bolin or Bonnafon Petrino can still utilize the Lamar Jackson package that debuted vs. Clemson in critical short-yardage situations.