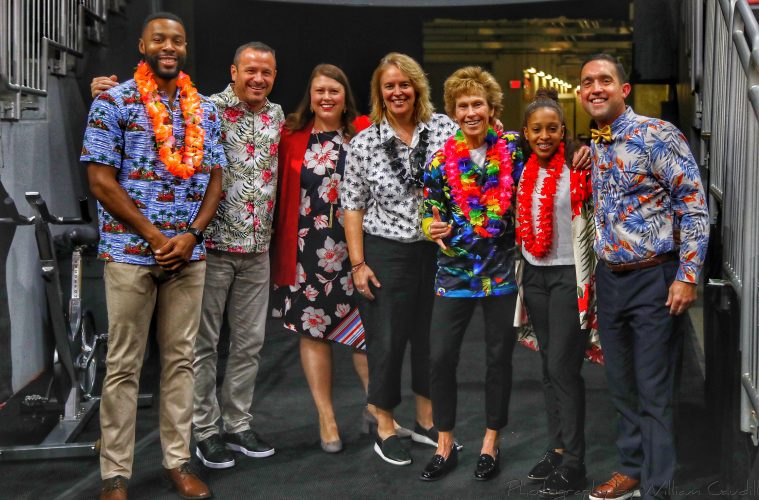 Louisville women’s basketball (2-0) continues their five game opening home stretch tonight as the Chippewas of Central Michigan (0-1) step into the KFC Yum! Center in a bid to challenge the 9th-ranked Cardinals. Jeff Walz and squad barely managed to escape Mount Pleasant last season with a 72-68 victory but are eager for a good pre-ACC challenge. While off-season roster and coaching turnover has changed the face of the Chippewas they still present a significant obstacle for the Cardinals just three games into the regular season.

Chippewas head coach and icon Sue Guevara willfully retired during the off-season after 12 years at the helm in Mount Pleasant, having led her program to MAC as well as national prominence. Waiting readily in the wings was long-time assistant Heather Oesterle who now looks to continue Central Michigan’s status as a mid-major powerhouse. That will be a challenge considering the departure of seniors Reyna Frost and Presley Hudson after the 2018-2019 season, taking with them a combined 42.6 points per game with equally impressive rebound and assist totals.

A wild double overtime season opening loss to Green Bay has demonstrated that Oesterle will have a capable, if more egalitarian squad with the depth necessary to make up for that which was lost. Junior forward Kyra Bussell averaged eight points and four rebounds last season but busted out 29 points and nine rebounds against the Phoenix last Wednesday. Freshman guard Molly Davis joined in with a 15 point, 10 assist double-double and at the end proved her leadership capabilities with veteran guards Maddy Watters and Micaela Kelly on the bench. Kelly’s 20 points were second only to Bussell’s as she continued her level of contribution from last season. Scoring distribution was markedly more even compared to last season, as all five starters finished in double figures in the lengthy affair.

While the Chippewas do have a young squad, the level of depth demonstrated in the opener was surprising even to their newly-minted head coach. Oesterle was particularly impressed with the maturity and poise demonstrated by the freshman Davis as she captained the team through the two overtimes. Being nearly half freshman and sophomores would normally give one pause, but Central Michigan has consistently recruited from a rich pool of talent throughout the Midwest.

But everything has its limits, and despite the clear level of talent it shouldn’t be expected that the Chippewas will have significant levels of bench contribution. Only senior forward Gabi Bird and sophomore guard Kalle Martinez had any points off the bench while senior G/F MacKenna Kelly played 20 of 50 minutes without any stats. As Jeff Walz rotates through his veterans and fresh recruits it will likely be a challenge for Oesterle and Central Michigan to find the energy with which to maintain a competitive edge.

The Louisville women have come out firing on all cylinders in their first two contests with strong first half performances. That will again be crucial as they seek to wear down the Chippewas’ offensive capabilities. In the blowout against Murray State, Walz was able to rotate through a large number of lineups as he continues to tinker with his roster. Despite the fluctuations the Cardinals have managed to deliver consistently strong defensive performances and will need to do so again in order to stifle Central Michigan’s combo of Bussell in the post and Kelly up top.

With Mykasa Robinson still mildly hobbled against WKU and Murray State it provided an opportunity to see Norika Konno’s highly anticipated abilities, and she has not disappointed. And, as expected, the addition of the experienced Dixon and Balogun is quickly paying dividends. All told, Jeff Walz is dealing with an impressively deep roster. He’s going to need it tonight against Central Michigan to avoid a not improbable upset.