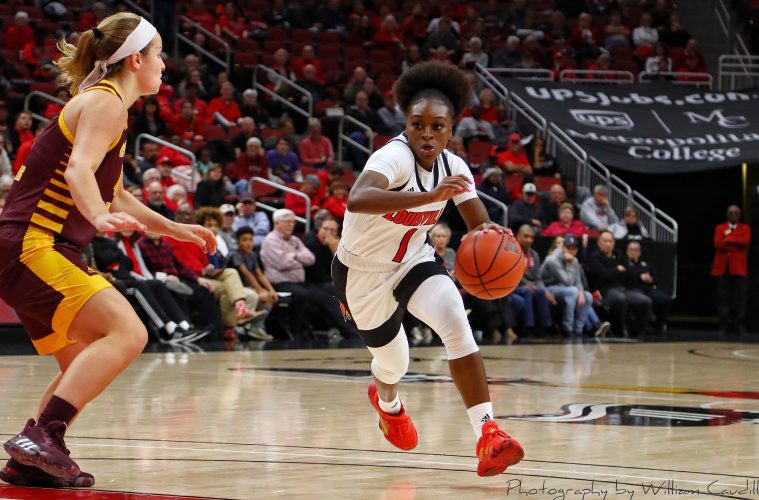 Louisville women’s basketball jumped from #8 to #2 in the AP Poll on Monday after knocking off the previously #1 Oregon in their final game of the Paradise Jam. The Cards went undefeated in the three game stretch against UT-Arlington, Oklahoma State, and the aforementioned Ducks.

While a team effort, much of that can be attributed to the work of Dana Evans who earned Paradise Jam MVP honors by averaging 21.3 points per game in three games on consecutive days. Her overall contribution earned her espnW and ACC player of the week honors as well.

The Cards travel to Columbus on Thursday to face Ohio State in the Big Ten-ACC Challenge. Stanford now sits at #1 in the women’s AP Top 25.