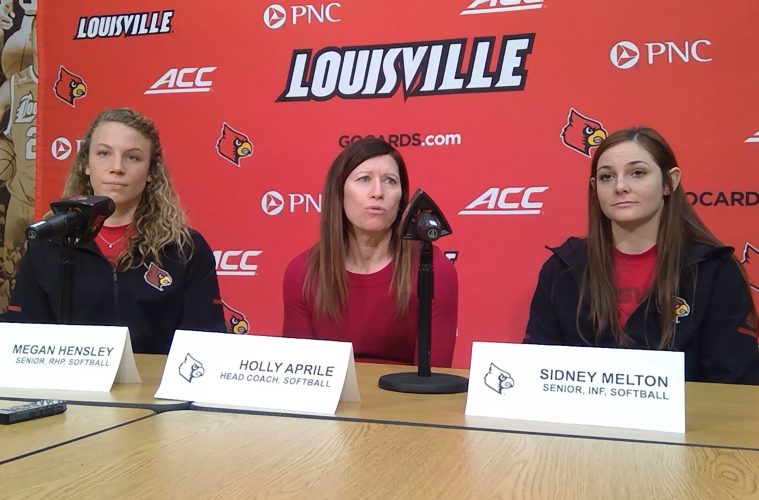 The Cardinals softball program will open its 20th campaign in 2019, now lead by the 2018 ACC Coach of the Year, Holly Aprile. Aprile spent 10 seasons as head coach of the Pittsburgh Panthers (2009-18) before taking on a new role with the Louisville Cardinals.

The Cards are coming off a 33-20 campaign in 2018 and the retirement of only other head coach, Sandy Pearsall (19 seasons), back in June.

Holly, joined by seniors Megan Hensley (RHP) & Sidney Melton (INF), met with the media today to discuss the state of the program and the season’s expectations.