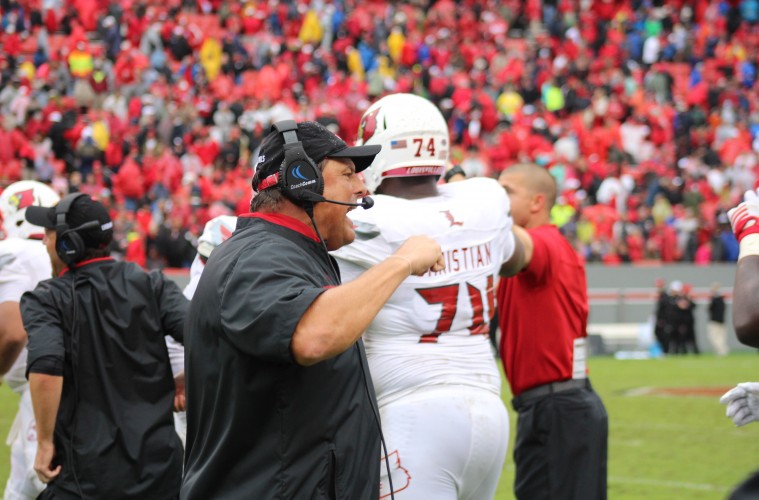 3* safety TreSean Smith announced his commitment to Louisville today as the 9th member of the 2017 recruiting class. The 6’3″ 190lb prospect from Cincinnati, OH is the second safety in the 2017 class joining Ensworth, TN star Rodney Owens Jr.

What made Smith choose Louisville over the likes of Pittsburgh, Iowa St., Colorado St., Western Michigan, and Penn St.? “Just the campus and environment in Louisville played a major factor” Smith said. “The die hard fans just showed major love and made it feel just home. The style of football within the program just seemed to fit perfect for me.”

Being so close to Louisville, Smith had the opportunity to visit UofL several times which impacted his decision “The coaching staff is amazing as well, each time I visited they made each one better than the last. My family also were so excited that I knew it was right.” Smith said.

So what was Coach Petrino’s reaction to the commitment? “He’s fired up about me choosing Louisville to start my career” Smith said.

At 6’3″ 190lbs, Smith has excellent size to play in the defensive backfield and his long arms enable him to disrupt passing lanes. To go along with his size, Smith has the speed to cover a lot of ground very quickly, claiming a 4.5 40 yard dash. While he was recruited as a safety, Smith has the ability to play multiple positions including both nickel and corner. This will provide a lot of flexibility for Coach Grantham and staff to utilize Smith in different roles when/if need be.