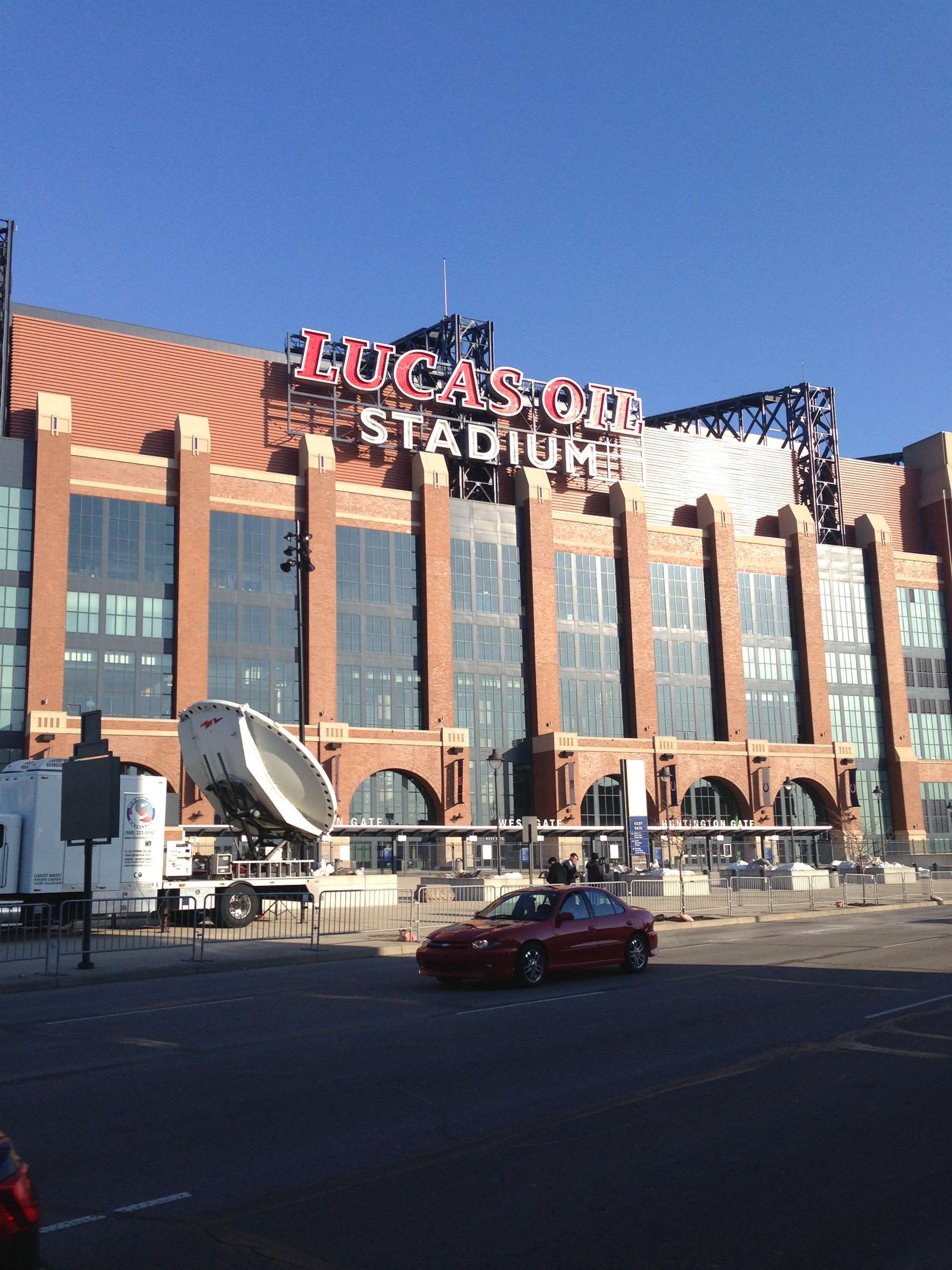 ​THE MODERATOR: Louisville locker room is now opened. We’re joined by Coach Pitino and the studentathletes from Louisville, and Coach we’ll ask that you make an opening statement, then we’ll go to questions for any one of these.
​COACH PITINO: We’ve had an unbelievable threeyear run, very special run, that was multipleleague championship, multipletournament championships, backtoback Final Fours, and now a Sweet 16.
​We were up seven before the go and 5:39 and we had some bad breaks down the stretch and gave up offensive rebounds.
​Pretty much statistically if you look at the game, we lost it at the foul line and we lost it on the backboard, every other area we played really well. But you’ve got to give them credit. They usually beat you on the backboard. That was catalyst at the end of the game.
​THE MODERATOR: Questions, please, raise your hand and state your affiliation.

​Q. Rick, a year ago on that same bench that Kentucky was on tonight you watched a guy go down and sort of rallied around it. They lost one of their differencemakers early. And in spite of that, played really well tonight.
​COACH PITINO: I don’t know much he’s a differencemaker on their team. He’s a really good player, but I don’t think that that was a major factor. I think major factor in the game was the way Randle played on the backboard at the end and made their free throws. They’re a very good foulshooting team.
​When you’re in the bonus, drive a lot and go into people, if you can make free throws, they’re tough to defend.

​Q. Russ, can you take us through that last shot and, Rick, was that the play you wanted or shot you wanted in that situation?
​RUSS SMITH: I came off the ball screen, and I automatically looked for Luke. And then I seen he was being face guarded by Poythress.
​I tried to take a 3pointer to tie it up, and it just missed. But everything went the right way, but Luke was just face guarded and that was my first option. And I just decided to take a 3pointer.
​COACH PITINO: Well, we wanted to try and create a foul. But we leave it up to him. It’s a judgment play what to run.
​It wasn’t the best shot, but he’s sometimes very difficult when they’re long and they’re shot blockers. But you gotta give them credit, they defended the play well.
​We ran our offense beautifully most of the night. Just a couple down the stretch we just went oneonone a little bit too much. But when we did run our offense, we ran it beautifully.
​THE MODERATOR: Thank you. Coach will stay. Anything for Coach Pitino?

​Q. Coach, looked like several times there in that sixminute span or something you were just maybe one play away, one shot away. Did you have a feeling that you were on the edge of something or
​COACH PITINO: I thought that was in the hole there. You can’t miss as many free throws as we missed. If you take that away, we played really almost a nearperfect game in a lot of areas. Just the backboard and the foul line, we shot a great percentage. We didn’t turn it over. We executed beautifully back door at times.
​So we did a lot of good things. We just missed a lot of free throws that would have put us up a lot more points. But we were up seven and we just couldn’t control the backboard down the stretch.

​Q. A lot of guys on this team have been around the program a long time. It’s kind of the end of an era. What did you tell them afterwards after the run they’ve had?
​COACH PITINO: I told them we probably beat ourselves a little bit down the stretch, but how can any of us complain with the run we’ve been on? We celebrated an awful lot the last three years. And with backtoback Final Fours and now a Sweet 16.
​We don’t like losing to Kentucky certainly, but you’ve got to give them credit.
​We try to be humble in victory and gracious in defeat. We’re going to be very gracious in this defeat because we’ve had a lot of celebrations, and it’s the end of an era for us, for a lot of us. So it’s something that we’re certainly going to miss.
​We’ve lost Gorgui, Peyton, and now we’re probably going to lose Russ, Luke, Montrezl, and VT. It’s the end of an era. And I as a coach certainly appreciate all their efforts.
​THE MODERATOR: Couple more for Coach Pitino.

​Q. I know that freshmen have played a whole season, but to see a freshman hit a shot like that with 40 seconds left in the game, is it more impressive to see a freshman do it, a freshman passes to a freshman than upperclassmen?
​COACH PITINO: More a senior, if I was coming off of him, that shouldn’t happen, should never come off them. That’s a major mistake on our part. But you’ve got to give them a lot of credit.
​Look, they’re playing great down the stretch. Should be a heck of a matchup. They’re going to be very tough to beat, very tough to beat, because you’ve got to play great defense, like we did tonight in the first half, to beat them.
​And I don’t know how many teams are capable of doing that against them, because if you do help they’ll burn you like that. We shouldn’t have helped on that play.
​THE MODERATOR: Anything else for Coach Pitino? Thank you, Rick.
​FastScripts by ASAP Sports.
​

#2 Russ Smith
On attacking the big men of Kentucky:
“I tried to attack their bigs and just tried to make plays in the paint. I don’t understand. I just missed my free throws in the first half and it kind of threw everything off. That was the plan. I think I did pretty good in the paint, but I couldn’t hit an outside shot.”

On what he will regret the most about tonight’s game:
“Probably missing my free throws in the first half, but other than that, I gave it my all. Kentucky is a great team and they are peaking at the right time. They attacked the glass when it was important. Honestly, I just wish I would have hit my free throws in the first half and we would have come up with the win.”

On it being a late game collapse:
“We gave up offensive rebounds. Simple as that.”

On what his legacy will be at Louisville:
“I hope it is what it is. I went out on a good note and I’m satisfied with it. The boys played hard, they deserve everything they have coming their way. I just want to be looked at as a great competitor and a great sportsman for the game. I respect the game a lot. Whatever it is, I just want it to be a positive legacy.”

#0 Terry Rozier
On what the feeling currently is after the defeat:
“I can’t believe it. People look at it like he’s a freshman so he really doesn’t care. It’s all starting to come to me. It’s going to hit me later on, but it was a fun run. What the seniors did for this program is good. With back-to-back Final Fours and a national championship, they can’t hang their heads too bad.”

On Russ Smith:
“He’s a phenomenal player and I wish him the best of luck going down the road. I know he will be special on the court.”

On what happened down the stretch:
“They out-rebounded us. Definitely. We made a lot of mistakes down the stretch that we didn’t need to make. They also beat us to the glass a lot.”

On what Coach Pitino was saying over the final few minutes:
“Just don’t let them pull the three and Aaron Harrison got a big three to put them up by two. You know, things happen, they got open shots.”

#20 Wayne Blackshear
On who impressed him from Kentucky:
“They have a good team. They have some talented freshmen over there. They play hard. You have to give it up to those guys.”

On getting into foul trouble and how it affected the team:
“It’s tough. Sometimes guys don’t want to lose their aggressiveness. They say to themselves they don’t want to, but when you’re playing you don’t want to foul anymore, but it’s tough.”

On losing leads late in games:
“It just came down to us, basically. They wanted it more than us. Obviously, you can see it on the backboard. That was the key thing for us and we didn’t come away with it.”

#24 Montrezl Harrell
On what he is feeling right now:
“We lost. That’s what I’m feeling. We lost the chance to go to the Elite Eight and another Final Four. My feelings are hurt. We have a lot of good guys on this team that are seniors and this is their last time putting on this uniform. I’m hurt. I’m hurting for them.

On what he’s hurt about the most:
“We lost the game. It’s as simple as that. There isn’t anything that you can pinpoint that’s going to hurt worse. At the end of the day, we lost the game.”

On what happened down the stretch:
“We got beat on the backboard. They got second-chance shots and they converted. We didn’t hit our free throws and they did.”

On how him fouling out affected the team:
“It hurt a lot for me to foul out. I wasn’t there to finish out the game with my teammates. That was the tough part, I wasn’t there for them. They just out-rebounded us, out-hustled us for loose balls and just beat us on the backboard.”