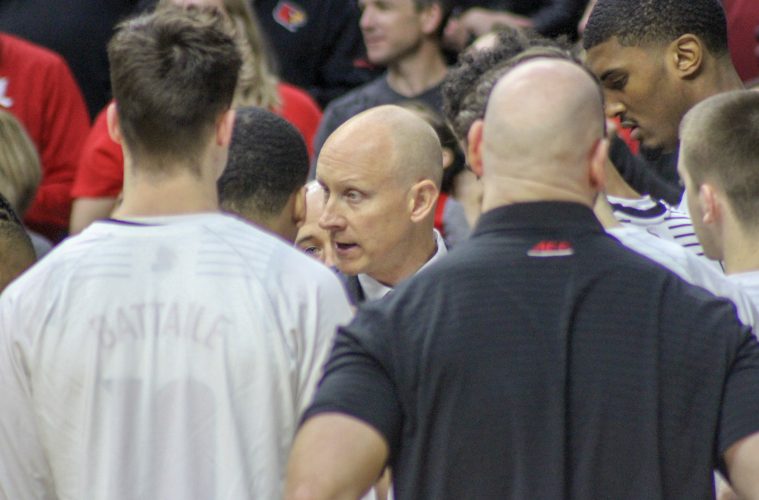 We were playing uphill from there. It’s really a tough feeling, you know, to end your season so quickly in the NCAA Tournament. I am very proud of our group. They exceeded a lot of people’s expectations. It’s sorta hard to see that in the moment, but to get a group that was picked 11th preseason in our conference and to represent our conference in the NCAA Tournament, I don’t take that lightly. I thought our guys, our three graduate transfers, did a tremendous job of showing leadership and being every day guys and bringing some excitement back to Louisville basketball. As I said before, Minnesota was the better team, and hats off to those guys.

THE MODERATOR: Questions for our student-athletes?

Q. Khwan, this is a team that doesn’t make a lot of three pointers. What was the scouting report going against guys like Gabe and them?
KHWAN FORE: Keeping a tight floor, helping each other out once they try to get it into the paint. They knocked a couple of threes down. We was living with it, but we started to press up and they just kept making shots. Just what happens.

Q. Christen, whenever you guys pulled within 7, what was going through your minds? You guys were pretty pumped up.
CHRISTEN CUNNINGHAM: Just trying to make a comeback. We dug ourselves in a big hole. We was just trying to turn the game around.

THE MODERATOR: Thank you, gentlemen. Questions for Coach?

Q. Same question to you, Coach. They don’t make six threes a game, they make eleven. Were you focused on collapsing in or were they just making shots?
CHRIS MACK: I wouldn’t say collapsing in, but coming into the game we felt like their strength was in the paint. Oturu and Jordan Murphy are medal leaders. They make big shots, scoring around the basket and that was a big challenge for our team. Obviously Kalscheur shoots big, and for Jordan Murphy to make two in a game, hats off to terrific player. Good players rise to the occasion in those type of situations and he did that. That’s why they’re moving on. But tough thing when you know their identity is built around the paint and they make some shots like they did today. But they earned the victory and we weren’t quite good enough.