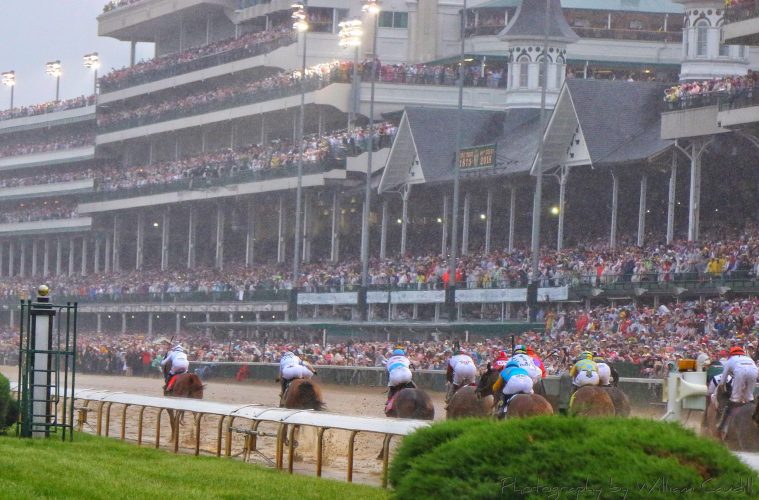 Spinoff is a Hard Spun colt trained by Todd Pletcher ridden by Manny Franco and owned by Wertheimer et Frère.

Manny Franco has been riding since 2013 and quickly emerged as a major rider. He’s never struck on the Triple Crown trail but he’s won 5 Grade I races. He’s ridden Yoshida, Catholic Boy, Vekoma, World Approval, among others.

Wertheimer et Frère is a French ownership group of Alain and Gérard Wertheimer who own Chanel. Alain and Gérard inherited the racing business which is now in its 3rd generation. They’ve had success in the United States with 3-time Breeders’ Cup Champion Goldikova, and BC wins with Kotashaan and Halfbridled.

Spinoff is lightly raced with just 4 races thus far. I like that he’s run at 4 different tracks (Gulfstream, Saratoga, Tampa Bay and Fair Grounds) and 4 different distances. The speed figures are just OK (79,82,101,95). Spinoff faded down the stretch of the Louisiana Derby and was caught By My Standards. I would have liked for him to have made the lead and drawn away. He had John Velazquez in the saddle for his 3 most recent races and Pletcher will go to Franco. Franco is a capable rider but there are just too many unknowns and not enough stakes production.

My Take on Spinoff

I’m not real high on the Louisiana Derby and as a result I’m not really high on Spinoff. I’d just like to see more. It’s great that he won by 11 in an Optional Claiming race and nearly won at Fair Grounds but that’s just not exactly the profile of a Kentucky Derby winner. I could be wrong and if I am I’ll come back and look at Spinoff and still wonder what I missed.