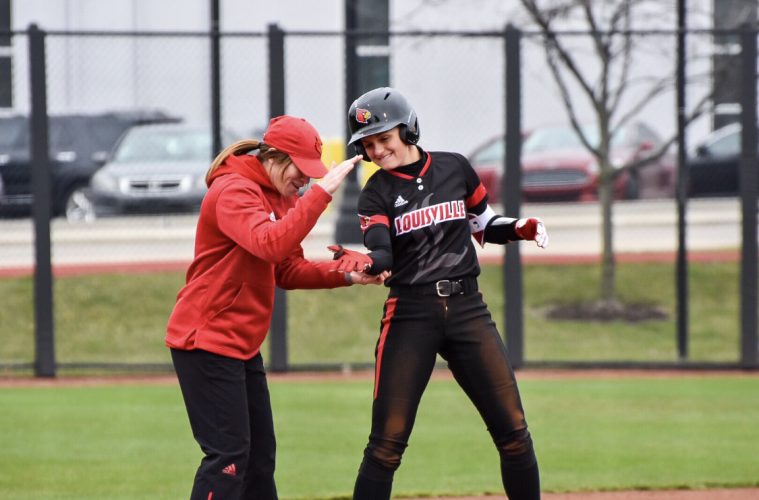 The 20th home schedule and Holly Aprile Era opened in the annual Cardinal Classic at Ulmer Stadium Friday and Saturday afternoon. The forecast would cancel the Sunday slate for the participating 4 teams.

Game 1 – Friday morning vs Indiana State W  7-1
The Cards scored 6 runs in the bottom of the sixth to break open a 1-1 tie and beat the Sycamores 7-1. The Cards tied it up after freshman Rebecca Chung had a stand up double and would score off a hit just over the SS by sophomore Kyra Snyder. Junior Celene Funke went 3-for-4 with a triple, and RBI and a run and Snyder had a hit and two RBIs.
Senior Megan Hensley got the win after surrendering one earned run on six hits and striking out six in 4.0 innings. Redshirt freshman Taylor Roby picked up her first career save, holding the Sycamores scoreless on one hit and fanning three in 3.0 innings of relief.

Game 2 – Friday afternoon vs Missouri W  5-3
Missouri would spark the offense in the matchup with 3 runs in the second inning to lead 3-0. In the fourth, Hensley singled and sophomore Jordyn Wolfe would pinch-run and score on a triple by Caitlin Ferguson. Sophomore Maddy Newman scored on a hit by Roby and then Chung cranked her team-best third home run of the season over the fence in right centerfield to put the Cards on top 4-3.
Chung leads the team with a .417 batting average, three home runs an .875 slugging percentage and a .559 on-base percentage.

Game 3 – Saturday morning vs Indiana State  3-0
Ferguson’s second home run of the season would lift the Cards to it’s third win and second against the Sycamores this weekend. Henlsey walked and again Wolfe would pinch run. Ferguson then launched a two-run homer over the left center fence to score the first runs of the game. Snyder doubled to right center to plate Roby who had been hit by a pitch to make the score 3-0.

Game 4 – Saturday evening vs IUPUI  3-0
Snyder crossed the plate first for the Cards in the second inning on a sac-fly from Newman. Melton drove in another run before the end of the inning, beating out the play at first for her fifth RBI of the season.
Hensley (3-1) finished the complete game shutout, striking out five and allowing three hits.  She also added an insurance run in the seventh inning, finishing the game two-for-three with an RBI. Aprile praised her effort on the mound and at the plate. “Terrific performance from her (Hensley). I thought she did a really good job of working ahead of batters,” Aprile said. “Then coming up with that big hit. That was a big insurance run we got at the end there. Really proud of her.”

The Cardinals (11-6) won all four games in the Cardinal Classic with a combined score of 18-4.