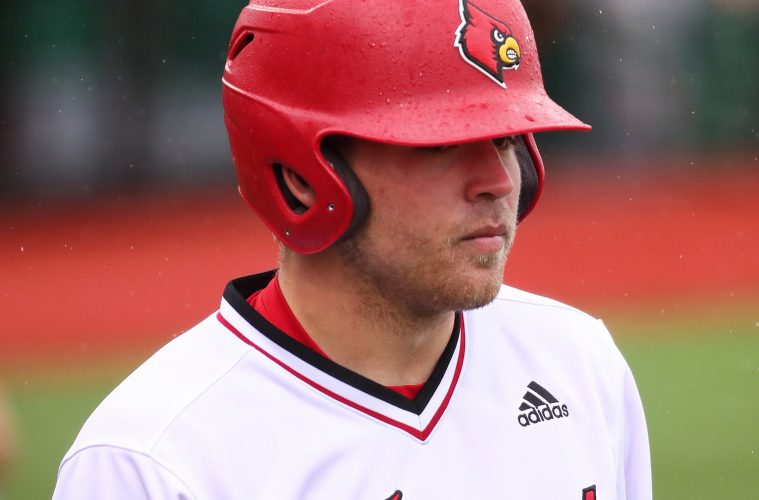 Forcing to take a break from conference play due to graduation dates with fellow ACC members, the #6 Louisville Cardinals (35-9, 15-6) had to turn to the Alabama A&M Bulldogs (13-33) to fill the gap in the schedule. The Cards absolutely demolished the Bulldogs, as they outscored them 61-7 over the three game series sweep, including an eye-popping 32-1 victory in the series opener.

Over the weekend, the offensive show of force was engineered mainly by junior shortstop Tyler Fitzgerald, junior outfielder/designated hitter Danny Oriente and freshman third baseman Alex Binelas. Fitzgerald went 7-11 with 10 RBI, Oriente went 6-10 with 11 RBIs, and Binelas went 8-11 with 10 RBIs. In game 1, Binelas became the first Cardinal since 1998 to hit for the cycle, and Oriente struck for a whopping 5 doubles over game 1 & 2. Freshman second baseman Jared Poland also had himself a good weekend, as he went 5-8 with a pair of 4 RBI games in the series opener and finale.

Kicking off the weekend series against Alabama A&M, the Cardinals showed absolutely no mercy. They stampeded to a 32-1 victory, good for the third largest margin of victory in Division I this season. The 32 runs are the second most runs scored in program history (42 vs. Georgetown on April 18, 1947), and the 28 hits, 46 total bases and 11 doubles are the most since at least 2000.

Before Louisville made mass substitutions around the halfway point of the game, the Cardinal Nine were absolutely bludgeoning the visiting Bulldogs. In the first 4 innings of the series opener, Louisville put up a whopping 18 runs on 15 hits with 8 of the 9 hitters in the starting lineup collecting base hits. A total of 17 position players saw action with only Justin Lavey and Alex Binelas lasting the entire game.

Leading the way for Louisville offensively were juniors Danny Oriente & Tyler Fitzgerald as well as freshman Alex Binelas. The trio all enjoyed 3+ base hit days with both Oriente and Fitzgerald tying their career RBI totals at 4 a piece. But it was Binelas who shined the brightest. On top of setting a new career high in hits with 5 & RBI with 8, he became the first Cardinal since May 1, 1998 to hit for the cycle (James McAuley vs. UNC-Charlotte). In substitute roles, freshmen Jared Poland and Ben Metzinger also had stellar nights. The duo combined to go 5-7 at the plate with 7 RBIs.

Making his 11th start of the season, Reid Detmers had yet another masterful performance. In just 5.0 innings of work, the sophomore southpaw struck out 12 of the 16 batters he faced on just 65 total pitches. This was good for his seventh outing of the season in which he tossed double digit strikeouts, and was the highest since he set his career record of 16 against Georgia Tech.

Taking a couple innings off from scoring, the substitutes got in on the scoring in a big way as they plated a whopping 10 runs in just the seventh inning. Out of all the seventh inning at-bats that produced runs, Alex Binelas possessed the only one that came from a starting role. Jared Poland & Ethan Stringer both had a pair of RBI base hits, with Zach Britton, Cam Masterman & Ben Metzinger also driving runs home as substitutes.

Poland & Masterman struck pay dirt yet again with some less-than-needed insurance runs in the eighth, with Zach Britton plating the last run of the offensive landslide. By the time Louisville was done batting, only 2 of the substitutes did not register a base hit. Also helping close out the game was a solid performance from the bullpen. Kerry Wright, Shay Smiddy, Carter Lohman and Austin Dickey combined for 7 strikeouts, and only allowed 1 hit and 1 walk in 4.0 combined innings.

Yet another explosive seventh inning helped propel the Cards to a series victory over Alabama A&M, as the Cards trounced the Bulldogs to the tune of 15-3. Outfielder/designated hitter Danny Oriente’s 2 doubles and 4 RBI lead the way for the Cards, as the junior has now hit 5 doubles and posted 8 RBIs over the first two games of the weekend.

Like the series opener the day before and like most of the season, the Cardinal Nine scored early and often. Junior shortstop Tyler Fitzgerald, the team leader in RBIs, got the scoring efforts started with an RBI single in the first, with preseason All-American Logan Wyatt following him up immediately with a sacrifice fly. This marked the 23rd time this season that Louisville scored in the opening frame, moving to 19-4 on the season.

Unlike the series opener however, Louisville actually found themselves playing from behind at one point. The Bulldogs jumped on starting pitcher Nick Bennett, as the junior left-hander surrendered 3 runs in the third inning to give Louisville their first deficit of the series. Bennett was feast or famine in his 5.0 innings on the mound, as he surrendered 3 runs on 6 hits and 3 walks, yet struck out 8 batters to match his second best strikeout total of the season.

Louisville was unfazed by the deficit to the inferior team, as they quickly rallied back after the early deficit with a pair of 2 run innings. Junior right fielder Danny Oriente seized the lead in the third inning with a 2 RBI double, good for his 5th double in just two days. A solo home run from second baseman Justin Lavey lead off the fourth, with a fielder’s choice RBI courtesy of junior outfielder Jake Snider later in the inning made it 6-3 ball game.

After not scoring for half of the innings up to this point, the Louisville hitters made up for it in the seventh inning. They exploded for 9 runs, with all but 2 of them coming off extra base hits. Alex Binelas, who had hit for the cycle the day before, had a pair of RBI extra base hits in the seventh inning alone with an RBI double and triple. Danny Oriente & Zach Britton also had RBI doubles, with Jake Snider also posting an RBI triple. Tyler Fitzgerald & Lucas Dunn rounded out the inning’s scoring efforts in less than spectacular manners, with and RBI single and RBI fielder’s choice respectively.

The bullpen had yet another solid effort in the series, as they kept the Bulldogs in check after starting pitcher Nick Bennett made his exit. Senior Bryan Hoeing, freshman Jared Poland and junior Michael McAvene combined for 5.0 scoreless innings while allowing no hits and striking out 4 opposing batters.

Continuing like they had all weekend, the Louisville Cardinals offense finished strong as they defeated the Alabama A&M Bulldogs 14-3 to complete the series sweep. Louisville fired off all 14 of their runs after taking an early 3 run deficit, including a 6 run eighth inning.

Yet again, Alabama A&M made an early statement like they had in the previous game. This time, they were the first to score as they jumped out to an early 3-0 lead through the first 2 innings. Though starting pitcher sophomore right-hander Bobby Miller quickly got things together. Those would be the only runs in the contest that the bulldogs would score, with Miller tossing 4 scoreless frames afterwards. He would only allow 3 walks and strikeout 10 Bulldog batters, a new career high for him.

Like the Cardinal Nine had done all weekend, they finished the series with yet another offensive show of force. Only 3 of the 14 position players to see action in the game failed to register a hit, with 5 players collecting multiple hits. Junior outfielder/designated hitter Danny Oriente and freshman second baseman Jared Poland led the way for the Cards, as the duo combined for 7 of Louisville’s 12 RBI.

For the third straight game, the bullpen went above and beyond the call of duty. Adam Elliott, Glenn Albanese and Michael Kirian all pitched a scoreless inning and combined for 4 strikeouts, no walks and only 2 base hits.