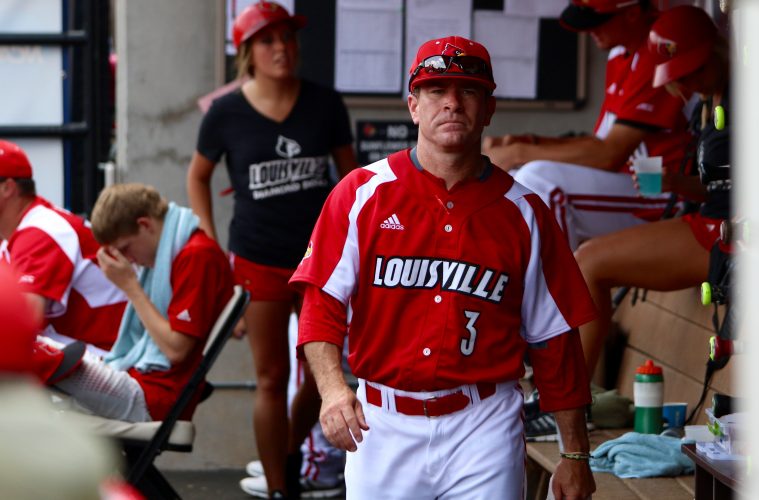 Heading into the 2019 season with plenty of hype behind them, the #4 Louisville Cardinals (1-2) were humbled over the weekend as they lost their opening weekend series against the #20 UConn Huskies (2-1) one game to two. With the exception of game 2, Louisville struggled at times with clutch hitting, leaving a total of 33 runners on base over all three games. The series loss snaps their streak of series wins against non-conference opponents at 8, having not lost since February 28th, 2016 against Ole Miss.

Past the series loss, some stand out performances from the weekend include preseason All-American first baseman Logan Wyatt going 5-9 with 6 walks and a home run, and #61 overall HS prospect freshman right-hander Jack Perkins tossing 6 strikeouts in 3 innings of relief.

Next up, the Cardinal Nine will come back home for a 14 game home stand, with the 2019 home opener taking place on February 20th at 3pm against the Eastern Kentucky Colonels (2-1).

Starting off the new season under the lights, the Cards would not start 2019 on the right foot and suffered their first opening day loss since 2013, losing to the Huskies 3-2. Louisville would go 0-11 with runners in scoring position and would only strike out 5 batters.

Making his ninth start collegiate start, sophomore left-hander Reid Detmers was given the inaugural start of 2019 over fellow southpaw Nick Bennett due to Bennett being slightly behind in his weekend practice. Over his 5.0 innings work, he only allowed 1 run despite giving up 7 baserunners.

Helping Detmers’ cause, Louisville plated their first run of 2019 with a sacrifice fly in the third inning from designated hitter Danny Oriente that sent second baseman Lucas Dunn home. However, the Cardinal Nine couldn’t get much offense going through the middle innings. This would allow the Huskies to not only score off Detmers to tie the game, but score off newly inserted pitcher junior right-hander Luke Smith to take a 2-1 lead after six innings.

Louisville would tie things up after the 7th inning stretch, when they would load the bases and junior third baseman Justin Lavey would draw a walk and make it a 2-2 ballgame. But UConn would take back the lead just as fast as Louisville had tied it. With junior left-hander Adam Elliott on the mound, like Detmers and Smith before him, he too would surrender a run to the Huskies and they would take a 3-2 lead after eight innings.

The Cards would not go down without a fight and made things interesting in the ninth. Danny Oriente would get on base due to an HBP, with outfielder Trey Leonard pinch running. Despite Leonard making it all the way to third base off two consecutive wild pitches, Louisville could not get the base hit to send him home and would lose on opening day.

Hoping to bounce back from their first opening day loss since 2013, the Cards swung hot bats to begin game 2 and relied on a stellar bullpen performance to close it all out as the Cardinal Nine knotted up the series against UConn in a dominating 12-2 victory. The win evened up the first series of 2019, and set up a game 3 rubber match.

Unlike the previous day where Louisville could not seem to get much offensive going, they wasted little time registering some big hits. In the first three innings alone, first baseman Logan Wyatt would drive in 2 runs on his second career triple, second year catcher/designated hitter Zach Britton would send 3 home on a 3 RBI home run, and second baseman Lucas Dunn & shortstop Tyler Fitzgerald would hit back-to-back home runs.

Originally slated for the day before, starting pitcher Nick Bennett still pitched a solid game despite the slight alteration in the pitching rotation. The UConn hitters gave Bennett all he could handle, driving his pitch count all the way up to 94 in his 5 inning start. But the junior left-hander did his part and only allowed 2 runs off 2 hits and 2 walks while striking out 4 Huskies.

Once Bennett’s day on the mound was done, freshman right-hander Jack Perkins made his collegiate debut and made the most of it. He struck out 6 batters in his 3 innings of shutout relief, striking out two batters in each inning he pitched. With a 10 run lead to work with, freshman lefty Garrett Schmeltz would also make his collegiate debut, entering the game in the ninth inning and tossing a scoreless inning to shut the door on the Huskies.

Hoping to avoid losing their first 2 of 3 games for the first time since 2009, Louisville’s lack of clutch hitting from game 1 carried over into the rubber match, and an early inning UConn grand slam all but sealed the Cards’ fate as they fell 8-3. Like game 1, Louisville would leave a whopping 12 runners on base.

Louisville got the scoring started first with a Logan Wyatt RBI single in the first, but UConn was determined to avenge their 10 run loss from the day before. Making his 10th career collegiate start and first start of the 2019 season, senior right-hander Bryan Hoeing looked relatively solid in the first couple innings, but then the Huskies’ bats woke up in the third. With two outs, UConn would load the bases and launch a grand slam for their first crooked number inning of the series.

Wyatt would respond with a home run to cut the deficit to 3 runs, but UConn would counter that with another run in the fourth, spelling the end of Hoeing’s day on the mound. Freshman Kerry Wright was given relief duties to start the fifth inning, marking the second game in a row that a freshman made his collegiate debut. Unfortunately things would not fare much better with a pitching change, as Wright would give up a run in the seventh, and 2018 freshman All-American Bobby Miller would give up a 2 run homer in the eighth after relieving Wright.

Louisville would make things interesting in the bottom of the eighth by loading up the bases with two outs and outfielder Ethan Stringer up to bat. But a controversial call would halt any sort of comeback attempt, as Stringer was hit by a pitch and the umpire would determine that he made no attempt to avoid the pitch and was ruled out, thus ending the inning. Carter Lohman would pitch a scoreless ninth, but the 5 run lead proved too great and the Cardinal Nine were sent home with a rubber match loss.