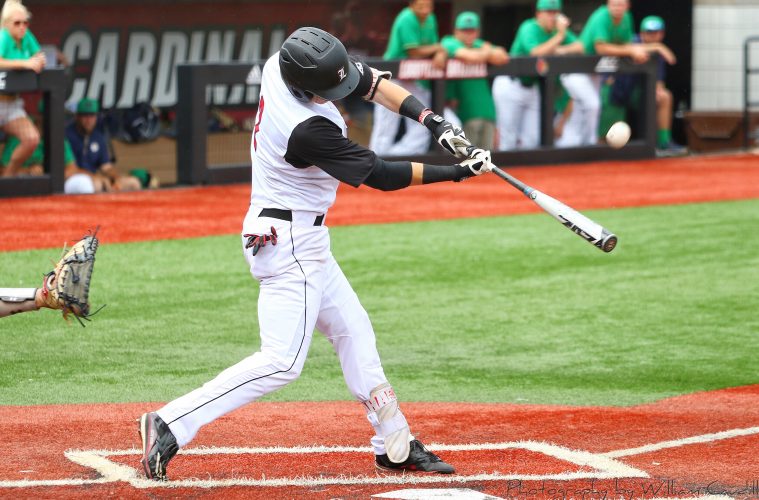 Squaring off against Kent State for the second time in three days, the #21 Louisville Cardinals dominated the Golden Flashes, 12-6 to stave off elimination and set up a rematch with Lubbock Regional host Texas Tech. Bobby Miller and Danny Oriente paved the way for the Cards, with Miller tossing 8.0 quality innings and Oriente driving in 4 runs.

Louisville’s issues with a lack of hitting with runners in scoring position that plagued them in their game against Texas Tech the day before made a bit of a return before Louisville finally got some momentum going. Despite plating the game’s first run thanks to sophomore designated hitter Danny Oriente’s RBI single in the second, they would bat 1-6 with RISP and 1-8 with runners on through the first three innings of the contest.

Kent State would respond with a sacrifice fly to tie the game in the bottom of the second, but Louisville was able to shake their hitting woes in the fourth. A leadoff double by sophomore outfielder Drew Campbell followed by Danny Oriente’s second RBI base hit of the game would break the 1-1 tie, and a base hit from leadoff man Tyler Fitzgerald would bring home the inning’s second run to give Louisville a 3-1 advantage through four innings.

While Louisville had some trouble getting the offense started, starting pitcher Bobby Miller was nothing but money. Through the first 4 innings of his 8.0 inning start, he would strikeout 5 batters while only allowing 1 run off 3 hits and no walks. For the totality of the game, he would only surrender 8 hits and only 1 walk.

With some momentum under their belt, the Cardinal Nine really opened up their offense in the fifth inning. Kent State would allow 11 batters to come up to bat, where they would draw three walks, drive in 5 base hits and take advantage of a fielding error en route to putting up a whopping six runs in the inning. Louisville also demonstrated some remarking clutch at the plate in this inning, walking twice and getting two RBI base hits with two outs. When this inning was said and done, Louisville would have a 9-1 lead.

The Golden Flashes tried making it a game by plating 2 runs in the sixth and 3 in the eighth, but Louisville wasn’t done lighting up the scoreboard just yet. Junior second baseman Devin Mann would lead off the eighth inning with his 7th home run of the season, and he would also drive in another run in the ninth. A Kent State fielding error would also bring home another run in the ninth, bringing Louisville’s run total to 12. Helping to clinch the victory and eliminate the Golden Flashes, junior right-hander Liam Jenkins would come into the ninth and pitch a scoreless frame to seal Kent State’s fate.

Up next, the #21 Louisville Cardinals will face the #9 Texas Tech Red Raiders yet again in the regional final tonight. Louisville must win to continue to stave off elimination and set up a winner-take-all game tomorrow.