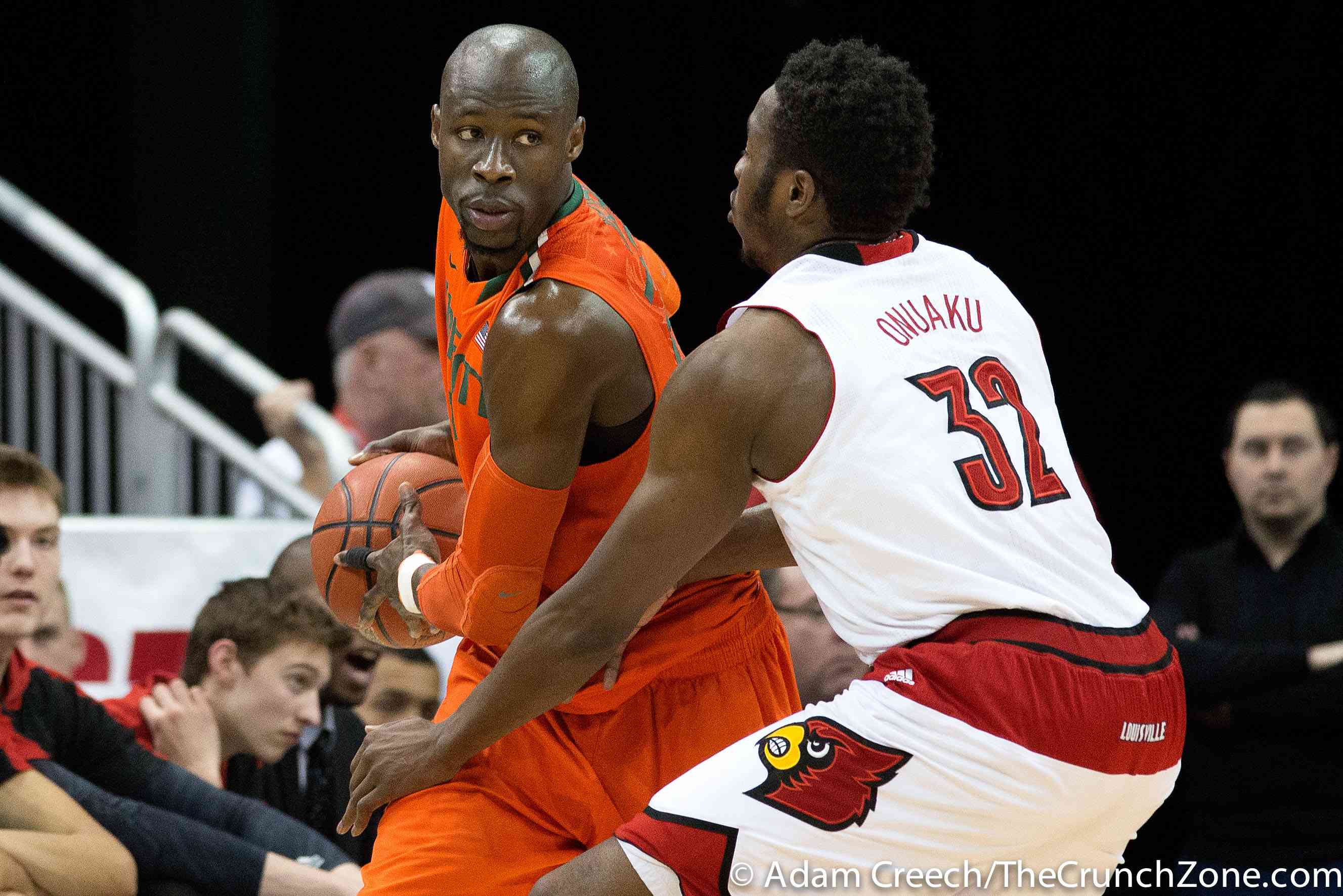 The Cards head to South Beach to play a Hurricane team that is a lot like the Cards in a lot of ways.  Miami & Louisville score in at a similar rate, are similar from the field both from inside the arc and out.  Miami is a better Free Throw Shooting Team, Louisville is better on the glass.  The difference really in this game is on the defensive end where the Cards are more efficient than the Canes.

But this game is at the Bank United Center and Miami is fighting for a double bye in the ACC Tournament along with a high seed in the NCAA Tournament.  Louisville is looking to win the regular season ACC title.

Angel Rodriguez and Quentin Snider will be a fun match-up.  Rodriguez scores slightly more and does a better job of getting assists as a senior but Quentin is off a really outstanding game vs. Pitt on Wednesday.

It will be interesting to see the Damion Lee & Deng Adel vs. Sheldon McClellan & Davon Reed match-ups.  These four are really interchangeable in terms of who is responsible for who, but Lee & McClellan are clearly the offensive options.  If Deng Adel’s outstanding defensive play continues it’s a good bet that Adel will be focusing on Sheldon up the floor to make him work to get the ball.  But that doesn’t mean that Louisville can allow Reed to run wild.  The Hurricane back court is a really good group and Jim Larranaga has them playing well.

Off the bench in the backcourt Donovan Mitchell/Trey Lewis & Ja’Quan Newton/James Palmer is advantage Louisville.  But Miami gets the nod in the size category.  Both teams will play their bench back court about the same and the Cards need to watch Newton from beyond the arc.

Louisville should have an advantage in the front court.  Tonye Jekiri is a veteran and is really a strong presence defensively, but Nanu has fared well lately vs. better Centers.  Onuaku will have to work for every rebound vs. Tonye.

At the 4 spot, the Cards should see Ray Spalding return to action after sitting out the Pitt game with a ‘horsing around’ groin injury (that definitely has a funny story that we’ll hear one day).  With Ray back Jaylen Johnson & Ray Spalding should be too much for Miami as Kamari Murphy and Anthony Lawrence don’t pack the same punch as the Cardinals’ Power Forwards.

This will be a fun game played into the 70s or 80s.  Both teams move the basketball very well and can score.  Louisville has an advantage down low and defensively the Cards are more polished.  I think it will be close, but I’m picking the Cards.