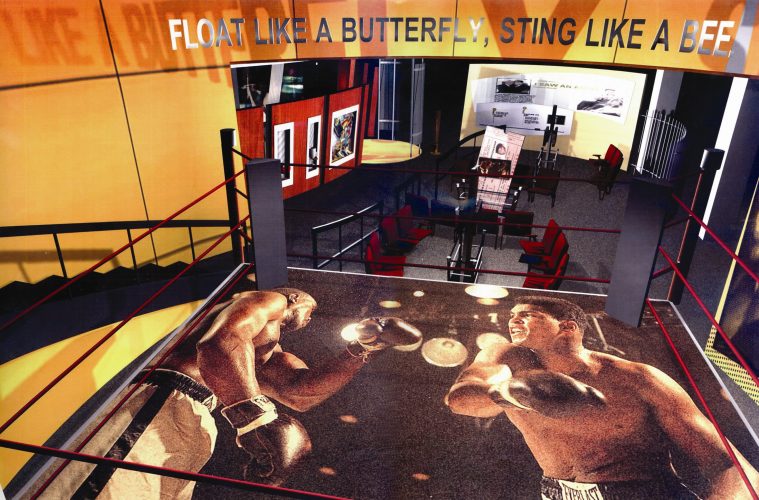 It was 1997 and Muhammad Ali was showing me and a group of kids magic tricks along the rail of the Louisville Football entrance at Old Cardinal Stadium.  The Cards were about to kick off against Penn State & Joe Paterno had Heisman Candidate Curtis Enis…..but the only thing I cared about was the Greatest Of All Time and this moment I had with him.

As the game got closer Ali wrapped up his magic tricks and moved back towards the locker rooms.  Us kids watched as the Nittany Lions emerged from the tunnel and the shock that they had as they were greeted by “The Louisville Lip”.

I was 15 and at the time I was struck by how engaging Ali was with a group of people he had never met, how good his magic tricks were and how funny he was.  I also knew how special it was for my father to see Muhammad in person.  Cardinal Stadium chanted his name “Ali, Ali, Ali”.  The event wasn’t about him, but he stole the moment and the stage was his.

5 years later I was a sophomore at UofL and walking between the College of Business and Strickler Hall I met Muhammad Ali again when he stopped me and a girlfriend of mine to show us a magic trick…….the same set of tricks that he showed me at Old Cardinal Stadium.  After a few slide of hand tricks “The Greatest” looked at my girlfriend and then pointed at me and said, “You are too pretty for him!”  Then Muhammad made sure to leave us by telling me, “You’re lucky…she is too pretty for you!”  The Champ was right.

Muhammad Ali may have stopped me during my youth with a few magic tricks. But the real magic was him.  Heavyweight champion, humanitarian, global icon……none of that mattered.  Muhammad Ali wanted to be with people.  He wanted to connect even in the few short moments that he undoubtedly had with other people like me, it was important to Ali that you remembered your time with him.

I never interacted with Ali again, but he was always around Louisville athletics.  Baseball games, the Orange Bowl, the Sugar Bowl, last year’s Clemson game.  Muhammad Ali was Louisville’s son….and we shared him with the world.  Still, he always came home.

Muhammad Ali may be the rare exception where the person lives up to the legend.   Ali’s achievements & honors are innumerable.  But his legacy will always be his impact on people.  If you ever met him, even for a moment, your life was immediately better for it.

“The Greatest of All Time” may be gone from us now after a battle with Parkinson’s.  He lived the life of a thousand men.  Ali’s example hasn’t been duplicated.  He had courage, bravado, work ethic, conviction, he was self-less, kind, and compassionate.   “The Greatest” doesn’t even cover it.

His impact was enormous and the world needs more like him…….and we didn’t deserve him.

The Greatest of All Time can now rest.  Thank you for everything.