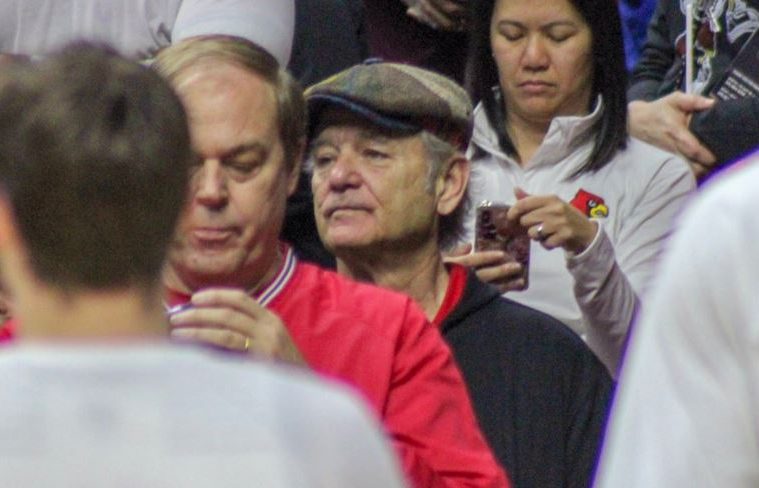 The collective cry rose up from the city on the falls of the Ohio. “Have we not suffered enough? Why, Lord, why?” The universe stared back into the abyss of our souls and simply replied, “To live is to suffer; to survive is to find some meaning in the suffering.” Good luck finding meaning in a soul-crushing defeat in the NCAA First Round at the hands of a Pitino.

Not only were the Cardinals matched up with Son of Rickbone, but also found themselves facing a Gophers team that historically makes about six three pointers per game on 32.1%. The laws of physics therefore dictate that Minnesota must hit six free throws in the first half on 40% shooting from distance. Amir Coffey by himself averages 16 points per game and shoots 30.6% from beyond the arc. But no, not today. Today he managed 13 points and three for six from three point range in the first half alone. He’d finish with 18 after a cold second half, but the damage was done.

The Gophers hit 11 for 27 from three point range, just one shy of their season high. Gabe Kalscheur pulled the old, “When you play Louisville, one of your average dudes is guaranteed to have a hell of a game.” That meant 24 points on 5 for 11 three point shooting from the 6’4″ guard who had averaged 9.9 points per game. Overall, four Gophers would finish with double digit point totals.

Meanwhile, the Gophers did exactly what a team that’s the size of oak trees does, i.e. crash the boards hard. Even when they did miss, the opportunity for second chance points readily presented itself. Once the ball was dumped into the post, Oturu and Murphy didn’t seem to have too much difficulty pushing Louisville’s big men around. Oh, and little ol’ guard Gabe Kalscheur managed to grab eight rebounds of his own to lead his team on the glass.

Defensively the Cardinals seemed glued to the floor, despite a decent attempt at switching off small guards to pester both Minnesota’s larger front court as well as Jordan Murphy in the post. The ball moved, the Gophers moved, but the Cardinals did not move. And so repeatedly Chris Mack was screaming and pleading from the bench for his guys to close out, box out, anything. While the Cardinals defense did improve, and the rebounding battle did equalize, the initial onslaught was too much. The Gophers, statistically, should not have shot this well in both halves. Stats sometimes lie.

And while Minnesota was having itself a savant-like day of shooting, the Cardinals continually found ways to miss. Despite some positive moments here and there, it again seemed like the only thing moving for Louisville on offense was the ball. The ball would work its way around the perimeter before, deep in the shotclock a guard would either attempt a three from way deep, or try to drive into the Minnesota forest of trees in the paint. Not the best of choices against a team that averages about a six inch advantage on you plus a few extra pounds.

And yet what was working, paradoxically, was feeding the ball into Steven Enoch for power moves to the basket. Length advantage? What length advantage. The EnochNess Monster was here to play. So, to the eminent frustration of Card Nation and Chris Mack, that’s exactly what the Cardinals failed to repeatedly do. Steven Enoch would finish with 14 points and 7 rebounds to lead all scorers. But it would be the points he didn’t score that have the most bitter taste.

Here’s the paragraph where I give credit to Richard Pitino and the Golden Gophers. Look, the kid is the guy’s kid. As much as I want to, I can’t burden him with the sins of the father. He’s just a guy out there trying to hustle and do what he can in college basketball on his own merits. And his team? They hadn’t been through quite the same wringer that Louisville had, but they definitely came into the first round looking like they had something to prove. The level of energy was something the Cardinals could never match in this game. Gabe Kalscheur flat went off, while Amir Coffey and Jordan Murphy once again proved to be consistent offensive contributors. And they played like the better team, and that’s all that matters.

As mentioned, Steven Enoch was doing his best (and succeeding) in a contest of strength and will. Christen Cunningham would find some success charging hard into the paint and picking up fouls; the majority of his points came from free throws. And of course Jordan Nwora had luck both inside as well as with throwing up some ridiculously long three point shots. Nwora would finish with a 10 point, 11 rebound double-double to cap his stellar season.

But the Gophers were in the groove, and the Cardinals never found the rhythm. As time passed, you could feel the precious essence draining from the Louisville players. I often find myself motivated by deadlines. The closer the end, the harder I work. That desperation started to show as the Louisville pace picked up with under five minutes to play. When you’re staring the literal end in the face, sometimes you get shocked into action. But it was too little too late. A flat performance was bested by a ridiculous shooting night, and not even a late run could close the gap.

This hurts. This hurts bad. The only thing that could have been worse would be losing to Murray State in another Kenneth Faried moment. But this is right up there. This program, and this town, has suffered. To be fair, much of it was deserved. When you sin, or pardon sin for success, karma’s going to be a bitch. But at what point does the universe say, “Enough’s enough?”

We’ll have to wait another eight or so months to find out. Yes, this team overachieved against expectations. Yes, Chris Mack deserves to be in the running for Coach of the Year. Yes, I’ll still probably vomit a lot tonight.

Settle in for a long summer of expectations and recriminations, Card Nation. And don’t forget about the women. The #1 seed in the Albany region takes on Robert Morris Friday at noon. As for the men?

Nietzsche told us that what doesn’t kill us, makes us stronger. It’s hard to reflect on that when you’re already dead inside.