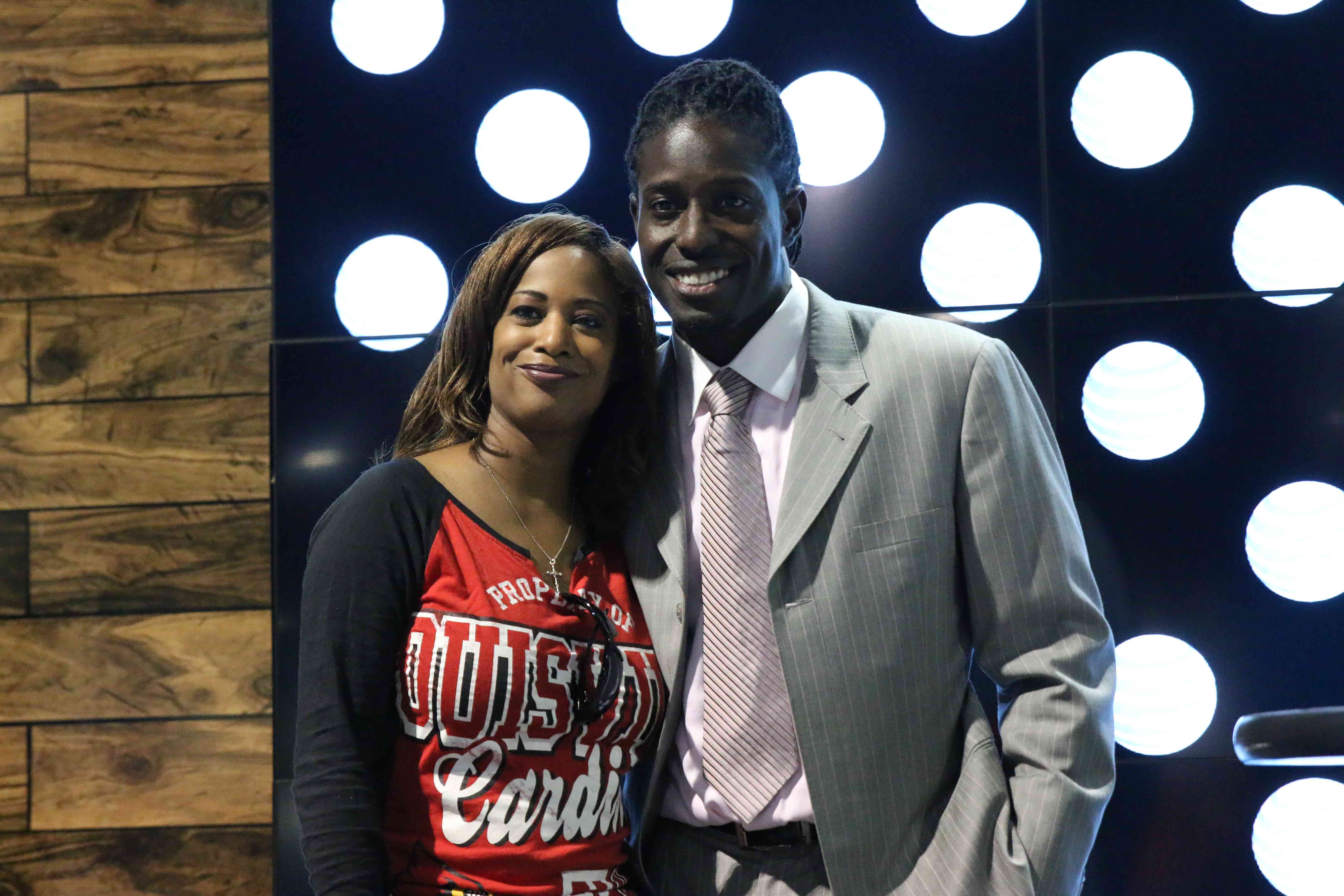 This year’s class will be honored during the ACC Night of Legends presented by the Charlotte Sports Foundation at the Charlotte Convention Center, on Friday, Dec. 6, and during the on-field pregame festivities at the 15th annual ACC Football Championship Game, set 7:30 p.m. on Saturday, Dec. 7, at Charlotte’s Bank of America Stadium.

Tickets to the 2019 Dr Pepper ACC Football Championship Game are currently on sale via Ticketmaster and can also be purchased on the ACC’s official web­site, theACC.com, and at the Bank of America Stadium Ticket Office. Prices start at $45 for upper level seating and $55 for lower level seating. This year all tickets for the game will follow the Bank of America mobile ticket process. Fans must access their digital tickets through their mobile phones in order to enter the stadium.

Each of the ACC’s 14 football schools selected its 2019 Legend. Below is a further glance at each member of this year’s ACC Football Legends Class.

Joe Nash, Boston College (1978-81) – Came to Boston College in the fall of 1978 and broke into the Eagles’ starting lineup as a freshman • The 6-3, 250-pound defensive lineman played three years at defensive tackle before moving to nose guard as a senior • In his final season with the Eagles, he recorded 88 tackles, five sacks, and one fumble recovery to earn All-New England accolades • Signed by the Seattle Seahawks as an undrafted free agent, he played his entire 16-year NFL career with the team, earning Pro Bowl and All-Pro honors in 1984 • Career NFL stats included 47 ½ quarterback sacks, an interception and two touchdowns scored • Named to Seahawks’ 35th anniversary team • Inducted into the Boston College Varsity Club Athletic Hall of Fame in 1999.

Brian Dawkins, FS, Clemson (1992-95) – Named a second-team All-American by the Associated Press and The Sporting News after his senior year • Second-team All-ACC defensive back in 1993 and 1994 and a first-team selection as a senior in 1995 • Tied a Clemson record with three interceptions against Duke in 1995 • All three picks came in one quarter, and he remains the only Clemson player ever to have three interceptions in a single quarter • Finished his career with 15 takeaways – 11 interceptions and four fumble recoveries • Registered 251 total tackles in 46 games • Entered the Pro Football Hall of Fame after a 16-year NFL career with Philadelphia and Denver • Nine-time Pro Bowler had 1,131 tackles 37 interceptions, 26 sacks, 120 pass deflections, 36 forced fumbles and 19 fumble recoveries in 224 career NFL games (221 starts).

Chris Port, OT, Duke (1986-89) – Played a prominent role in the resurgence of Duke football under head coach Steve Spurrier in the late 1980s • Earned the 1989 Jacobs Blocking Trophy, which is awarded to the ACC’s top blocker, after his stellar offensive line play helped the Blue Devils to an 8-4 overall record, the ACC co-championship and a berth in the All-American Bowl • First-team All-America selection by the Football Writers Association of America for his standout work on a Duke offense that averaged 31.4 points per game • Two-time All-ACC first-team selection • Spent six seasons with the New Orleans Saints after being selected in the 12th round of the 1990 NFL Draft • Helped the Saints to three playoff berths and a 53-43 regular-season record during his tenure.

Ron Sellers, FL, Florida State (1966-1968) – Remains the most prolific receiver in Florida State history after setting NCAA receiving records that stood from the time of his graduation until the late 1980s • Caught 212 passes for 3,598 yards during his three years on the Seminole varsity, including at least one reception in 30 consecutive games • Led Florida State to three consecutive winning seasons and bowl appearances each year • Consensus All-American in 1967 • Had 70 catches for 1,228 yards and eight touchdowns as a junior, followed by 86 receptions for 1,496 yards and 12 scores as a senior • Caught at least 13 passes in a game seven times • Inducted into the College Football Hall of Fame following a career that included 19 100-yard receiving games and five 200-yard games • Jersey number (34) is retired by FSU.

Derrick Morgan, DE, Georgia Tech (2007-09) – Named the 2009 ACC Defensive Player of the Year for his contributions to a Yellow Jacket squad that finished atop the Coastal Division and defeated Clemson in the ACC Championship Game • Finished the season with 55 tackles, including 18.5 for loss, and 12.5 sacks • Named first-team All-American by the Associated Press, American Football Writers Association and Scout.com • Entered the NFL Draft following his junior season and was taken in the opening round as the No. 16 overall pick by the Tennessee Titans • Played nine seasons in the pros – all with the Titans – and started 106 of 118 games and had 44.5 sacks while playing defensive end and outside linebacker • Inducted into the Georgia Tech Sports Hall of Fame in October of 2019.

Deion Branch, WR, Louisville (2000-01) –  All-conference wide receiver who led the Cardinals to consecutive Liberty Bowls • In two seasons with Louisville, caught 143 passes for 2,204 yards and 18 touchdowns • The junior college transfer was only the third player in school history to produce back-to-back 1,000-yard receiving seasons, totaling 1,188 yards in 2001 and 1,016 in 2000 • Drafted in the second round by New England, and played 11 seasons for the Patriots and Seattle Seahawks • Earned MVP of Super Bowl XXXIX with the Patriots with 11 catches for 133 yards (tied as the most Super Bowl receptions at the time) •  Played in 140 NFL games with career totals of 518 receptions, 6,644 yards and 39 touchdowns.

Bernie Kosar, QB, Miami, (1983-84) – Threw for 5,971 yards and 40 touchdowns in 1983 and 1984 • Led Miami to its first national championship as a redshirt freshman in 1983 • Name MVP for his 300-yard passing performance in the Hurricanes’ 31-30 victory over Nebraska in the 1984 Orange Bowl • Although he only played two seasons, he left UM holding school career records for passes completed, passing yards, total offense and touchdown passes thrown • Still holds the school record for career passing completion percentage • First-team CoSIDA Academic All-American in 1984 • First-round NFL supplemental draft pick of the Cleveland Browns • Finished his NFL career with 23,301 yards and 124 touchdowns • Member of the Super Bowl XXVIII champion Dallas Cowboys in 1993 • Ended his career with the Miami Dolphins.

Julius Peppers, DE, North Carolina (1999-2001) – Candidate for induction into the College Football Hall of Fame in 2020 • Unanimous first-team All-America in 2001, he won the Chuck Bednarik Award as the nation’s top defensive player and the Rotary Lombardi Award, which at the time was given to the nation’s top interior lineman • Finished 10th in the 2001 Heisman Trophy balloting, was a finalist for the Nagurski Trophy and was honored as Chevrolet’s Defensive Player of the Year • Also a starting forward on UNC’s 2000 NCAA Final Four basketball team •  Finished his career with 167 tackles, 30.5 sacks, 53 tackles for loss, five interceptions and five forced fumbles • The No. 2 overall selection by the Carolina Panthers in the 2002 NFL Draft, he earned nine Pro Bowl selections and was named to the NFL’s All-Decade team of the 2000s.

Nate Irving, LB, NC State (2007-10) – Earned first-team All-America honors from Sports Illustrated and Scout.com as a senior but may be most remembered for his courageous comeback following an automobile accident in which he was seriously injured and forced to the sidelines for the entire 2009 season • Returned in 2010 to lead NC State with 97 tackles, while starting all 13 games • Set an NCAA record with eight tackles for loss in a win over Wake Forest • Named the nation’s “elite” linebacker by College Football Performance Awards • Co-recipient of the 2010 Brian Piccolo Award, which is presented annually to the ACC’s “most courageous” player • Finished his college career with 39.5 tackles for loss in 34 games • Spent five seasons in the NFL with the Denver Broncos and Indianapolis Colts.

Rickey Jackson, DE, Pitt (1977-80) – Collected 290 career tackles at Pitt and still ranks 18th on the school’s all-time list • Paired with Hugh Green to form one of the most feared defensive end tandems in college football history • Jackson was an integral part of a Pitt defense in 1980 that ranked No. 1 in the country and surrendered just 11 points per game. • A second-round draft pick by New Orleans and spent 15 seasons in the NFL (1981-95) • Compiled an incredible 128 sacks, which ranked third all-time when he retired following the 1995 season • Recovered 28 fumbles (second most in NFL history) and forced 41 (fourth all-time) • Broke up 118 passes • Earned a Super Bowl ring as a member of the 1994 San Francisco 49ers • Entered Pro Football Hall of Fame in 2010.

Don Majkowski, Virginia, QB (1984-86) – A three-year starter at Virginia • Guided the Cavaliers to the first bowl game in school history – a 27-24 win over Purdue in the 1984 Peach Bowl • Completed his career in 1986 as the second-leading passer in school history with 3,901 yards, 22 touchdowns and 286 completions • Virginia’s leading passer in 1984, ’85, and ’86 despite missing six weeks his final year due to a separated shoulder • Became a starter in the NFL with the Green Bay Packers • From 1987 through 1992, he played in 68 games, completing 889 passes for 10,870 yards and 56 touchdowns • Led the NFL with 4,318 passing yards in 1989 and was named to the Pro Bowl and All-Madden teams • Played two seasons each with the Indianapolis Colts and Detroit Lions • Inducted into the Green Bay Packers Hall of Fame in 2005.

DeAngelo Hall, Virginia Tech, CB (2001-03) – Played in 35 career games for  Virginia Tech and amassed 172 total tackles and eight interceptions – one of which he returned for a touchdown • Also returned 53 punts for 786 yards and four touchdowns • Saw spot duty on the offensive unit, catching seven passes for 86 yards and one touchdown, and rushing twice for 21 yards and one touchdown • Jim Thorpe Award semifinalist in his junior season • Still holds or shares the school record for punt returns for a touchdown in a game (two), in a season (three), and in a career (five) • Three-time Pro Bowl defensive back who played 14 seasons for the Falcons, Raiders and Redskins •  Tied for an NFL record for most interceptions in a single game (four) and holds the record for most career fumble return yards (328) in NFL history.

Bob McCreary, OT/DT, Wake Forest (1958-60) – Lettered three years from 1958-60 as an offensive and defensive lineman • Despite undergoing surgery for a serious leg injury, saw action at left tackle as a junior in 1958 and at right tackle in 1959 • A fifth-round pick of the San Francisco 49ers in the 1961 NFL Draft, McCreary moved to Dallas where he became a starter for the Cowboys in 1961 • Also spent a season with Calgary of the Canadian Football League • Founded McCreary Modern, a furniture company, in 1986 • Significant contributions to his alma mater have included lead gifts for the McCreary Field House, the Bob McCreary Video Board Honoring the Class of 1961 and Deacon Tower (completed in 2008) • Has also been a consistent supporter of student-athlete scholarships.