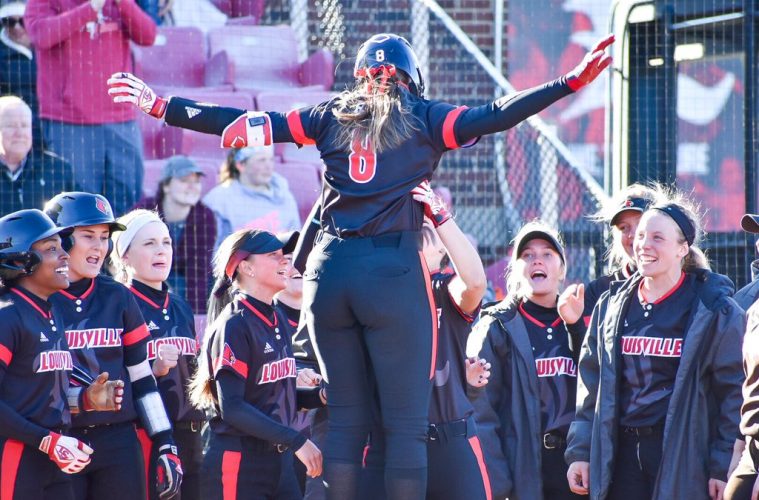 The Cardinals hosted the #20/22 Hoosiers in an annual rivalry game on Tuesday evening in front of more than 550 fans. The Cards entered the match coming off a win vs Notre Dame on Sunday and are now 21-10 on the season.

Megan Hensley (9-1) got the start in the circle and collected the win after giving up two earned runs on five hits and striking out three in five innings. Taylor Roby struck out one and scattered two hits in 2.0 innings of relief. But the biggest relief would be the 3 run homerun she blasted deep to left field in the bottom of the third with the score tied 1-1. Hensley got on base on a fielders choice, Rebecca Chung followed up with a single up the middle. With pinch runners for the two, Roby said she saw the screwball coming in and took the third one sailing to the sidewalk along Cardinal Blvd. Its her second of the season.

Indiana would answer in the top of the fourth with a solo run homerun to cut it to 4-2 but Caitlin Ferguson would cross the plate in the bottom of the sixth and it should not go unmentioned that Celene Funke got the Cards offense off to a hot start when she took the very first pitch seen over the right center field fence in the bottom of the first to put the Cards up 1-0 very early.

Next up, UofL is scheduled to play 8 games in 11 days. First, a weekend series at Virginia Tech (28-4, 8-1). The Hokies are on an 11 game win streak and currently lead the ACC standings.