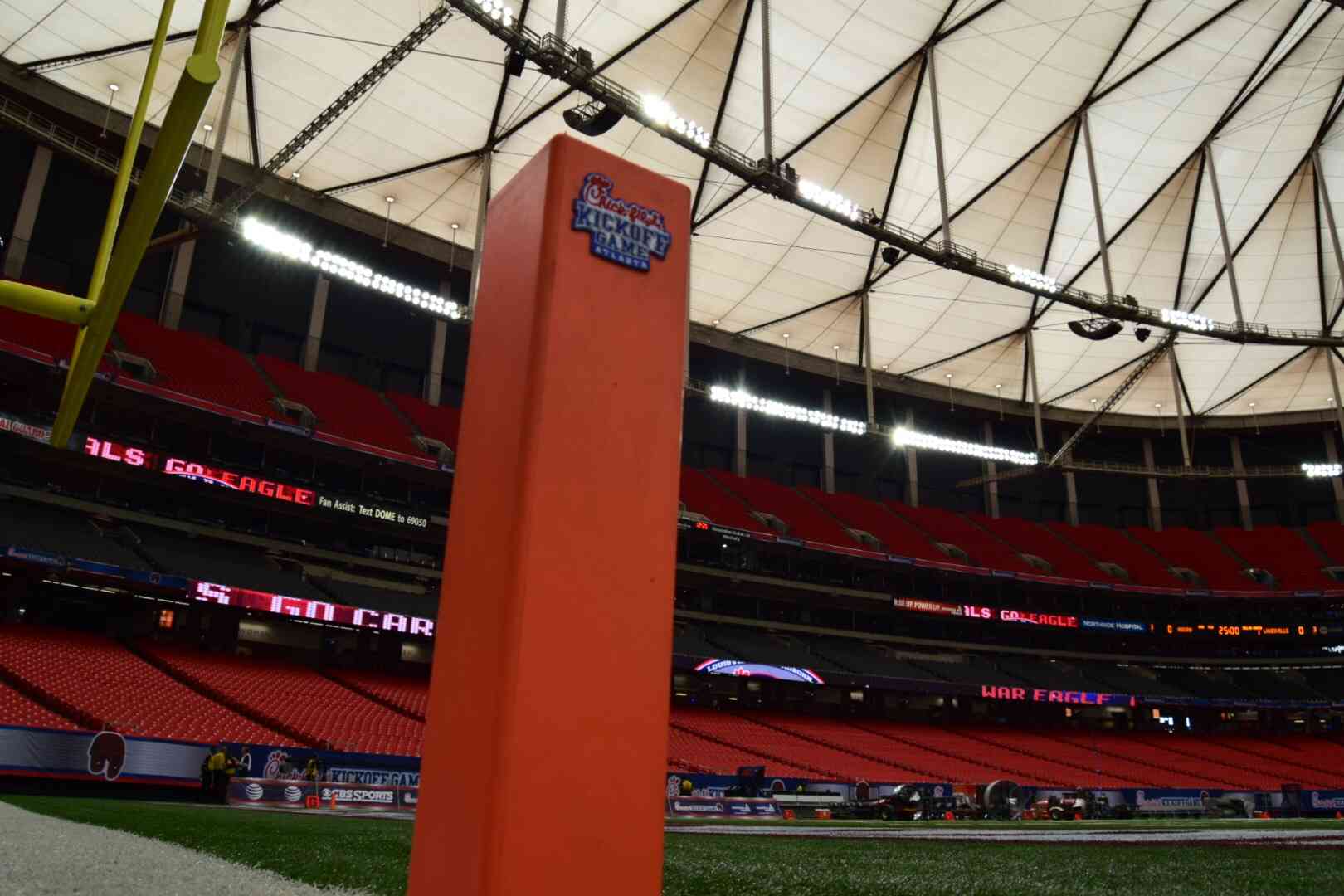 For the first time in school history, Louisville and Mississippi will face off on the gridiron when the two programs meet in the 2021 Chick-fil-A Kickoff Game at Mercedes-Benz Stadium in Atlanta. The exact date, start time and television network will be finalized at a later date.

The Cardinals are making their second appearance in the Chick-fil-A Kickoff games, falling to No. 5 Auburn to open the 2015.

The Rebels are also playing in the game for the second time, defeating Boise State 35-21 to open the 2014 season.

To date, the ACC and SEC have met 10 times in the Chick-fil-A Kickoff Game, with the SEC holding a 9-1 advantage over the ACC in those games.

“We’re looking forward to welcoming both Louisville and Ole Miss back to Atlanta in what will be another exciting ACC vs. SEC showdown in the Chick-fil-A Kickoff Game,” said Gary Stokan, Peach Bowl, Inc. CEO and president. “An electric crowd in the new Mercedes-Benz Stadium should be the perfect setting for the first-ever game between these two storied programs.”

“To have the opportunity to play in this game again for the second time is a huge win for our program,” Louisville Vice-President/Director of Athletics Tom Jurich said. “We are honored to be welcomed back by the Chick-fil-A Kickoff Game, which is a tremendous testament to our loyal fan base, who helped pack the stadium in 2015. Our fans have a great history of traveling, and to have the opportunity to play a great program like Ole Miss in this brand-new facility will certainly be a hot ticket for the fans. Gary Stokan and the Chick-fil-A Peach Bowl group do a tremendous job with this game and we appreciate them selecting Louisville for what has become the premier game to kick off the season.”

The game averages 68,887 – higher than the attendance of 37 bowl games last year – and has an average payout of $5.2 million. Television viewership is also traditionally strong with more than 59.7 million viewers tuning in to the series since its inaugural game in 2008.

Past and Future Chick-fil-A Kickoff Game match-ups include: