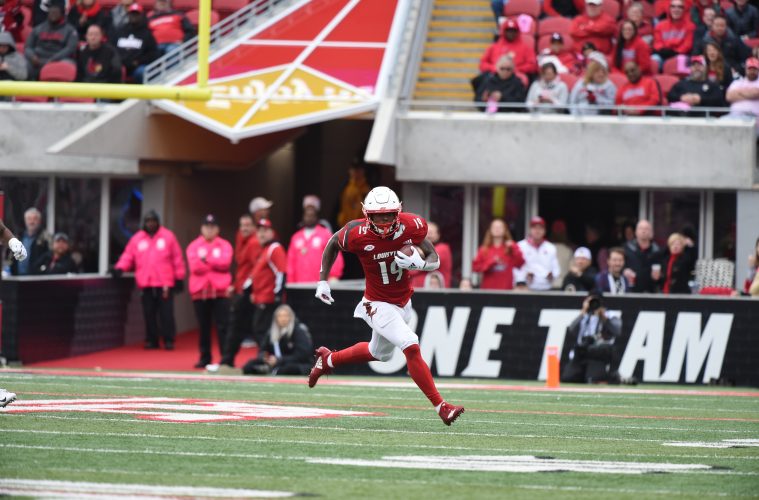 The ACC and the University of Louisville unveiled the 2019 Football schedule for the Cards (and other ACC teams) today.

The University of Louisville Athletics Department, in conjunction with the Atlantic Coast Conference, announced the Cardinals’ 2019 football schedule on Wednesday afternoon.

The first meeting in Louisville between the Cardinals and Notre Dame to open the season and a clash with Clemson, the defending national champions, on Oct. 19 highlight Louisville’s six-game home slate.

The Cardinals open the first season under head coach Scott Satterfield with two games in five days, beginning with the Labor Day clash against the Fighting Irish. Notre Dame went 12-1 last season, with the only loss coming to Clemson in the College Football Playoff Semifinals.

The Monday night prime-time game will be only the second meeting between Louisville and Notre Dame — the first since Louisville defeated Notre Dame 31-28 in 2014 at Notre Dame Stadium.

The Cardinals will face a short week when they remain home to face FCS-foe Eastern Kentucky on Sept. 7. It’s the first encounter since the Cardinals defeated the Colonels 44-7 in 2013.

The Cardinals will hit the road for the next two weeks, playing a neutral-site game in Nashville, Tenn., against Western Kentucky on Sept. 14 before opening up ACC play on Sept. 21 at Florida State. The Seminoles own a 15-4 series advantage over the Cardinals.

After the first of two bye weeks, the Cardinals return to action with seven-straight conference games, beginning with a visit by Boston College to Cardinal Stadium on Oct. 5. The Eagles have won two-straight games against the Cardinals after a 45-42 win in Louisville in 2017 and a 38-20 victory in Chestnut Hill, Mass., last season.

The Cardinals travel to Wake Forest on Oct. 12 before returning home for two consecutive games at Cardinal Stadium, beginning with a visit from Clemson, the 2018 national champions on Oct. 19. The Tigers were 15-0 last season and are 5-0 against the Cardinals since joining the league.

Louisville remains home to face Virginia on Oct. 26. The Cavaliers defeated the Cardinals 27-3 last season, but trail the overall series 4-3.

After their second week off, the Cardinals usher in the month of November with the first of three road games to close the season. The Cardinals make their first trip to Miami since a 41-38 loss to the third-ranked Hurricanes during the 2004 season. It’s the first meeting between the two schools since the Cardinals played their first-ever ACC game in 2014 — defeating the Hurricanes 31-13 at Cardinal Stadium.

The Cardinals continue on the road the following week with a trip to Raleigh, N.C., to square off against the Wolfpack of NC State on Nov. 16. Louisville closes out the home schedule on Nov. 23 when Syracuse visits Cardinal Stadium.

Satterfield’s Cardinals conclude the regular season with a short trip up I-64 to face Kentucky at Kroger Field where the Cardinals have won the last four contests.

Season tickets can be purchased through My Cardinals Account https://oss.ticketmaster.com/aps/uofl/EN/link/buy/details/19FB. Fans who purchase season tickets in January can take advantage of an eight-month interest free payment plan to extend payments through the July 15th deadline.  Payments will be automatically deducted monthly from your preferred method of payment.