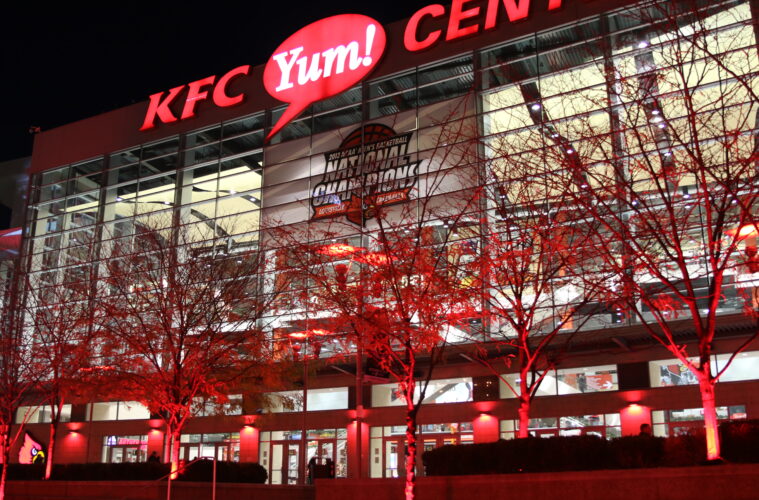 Wyatt Battaile, a 6-4, 180-pound guard/forward from Pikeville (Ky.) High School who led his team to the Kentucky Sweet 16 Tournament, will join the University of Louisville men’s basketball team as a preferred walk-on.

Battaile (pronounced BATTLE) averaged 24.1 points, 8.6 rebounds and 4.3 assists as a senior in leading Pikeville to a 25-10 record, their second straight 15th Region Championship and their second consecutive berth in the Kentucky Sweet 16.  He was honored on the Sweet 16 All-Tournament team as Pikeville reached the state Elite Eight before falling to Warren Central.

“Wyatt is a Kentucky kid and played for a former Cardinal at Pikeville High School,” said UofL Head Coach Chris Mack.  “Wyatt is tough kid who can do it a little bit of everything on the floor. He’s athletic, skilled and is anxious to begin his career at the Division I high major level.”

Battalie also received the KABC Larry Conley Ultimate Teammate Award at the 2018 Sweet 16, an award presentedto a participant whose individual play exemplifies the style of play where scoring isn’t the most important aspect of the game, and is complemented by passing, rebounding and blocked shots.

Coached at Pikeville by former UofL guard Elisha Justice, Battaile was an all-state selection and ranked 16th in the state in scoring.  He was named the Appalachian Newspapers Player of the Year and was a member of the Kentucky All-Star team that participated in the Ohio-Kentucky All-Star game in April.

He scored 2,211 points in four years at Pikeville while burying 139 three-point field goals.  Battaile averaged 20.2 points and 7.4 rebounds as a junior as Pikeville posted a 23-9 record and advanced to the Kentucky Sweet 16.  He averaged 17.2 points as a sophomore and 10.1 points as a freshman.  Battaile totaled 30 points, seven rebounds and made 5-of-12 three-pointers in Pikeville’s triple overtime 2018 Sweet 16 victory over John Hardin.

Battaile also played three seasons of football for Pikeville, helping the Panthers claim the 2015 Class A state championship.  In that championship season, he completed 76-of-95 passes for 1,330 yards and 20 touchdowns, while also rushing for 399 yards and four TDs.  In the 2015 state championship game against Beechwood, he threw for 177 yards and three touchdowns while completing 8-of-13 passes.

Battaile is enrolled at UofL in the current summer session which began this week.  He had originally planned to attend Morehead State before choosing to join the Cardinals’ program.