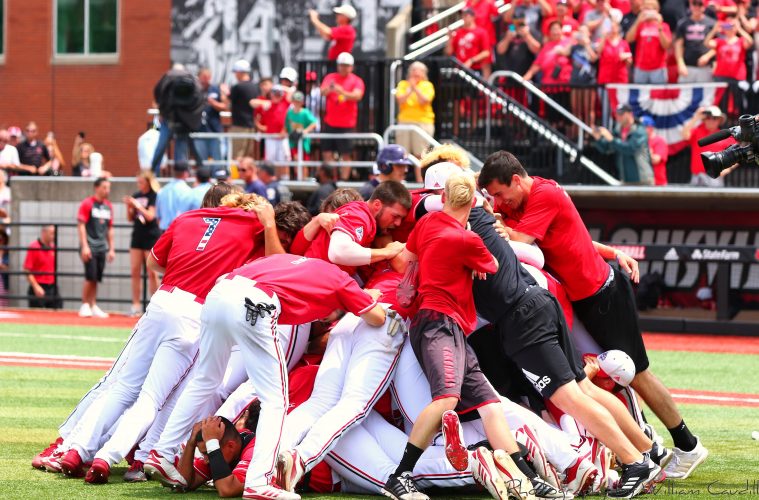 The day we’ve all been waiting for finally came last week when the University of Louisville Baseball schedule was released. Coming off a hot 51-18 season, the Cards are looking to head back to Omaha for the sixth time in program history.

We all know the road to Omaha goes right through Louisville, but we’ll see the Cards start the 2020 season off at Ole Miss with a three game series taking place February 14-16. The Rebels, with head coach Mike Bianco, (father of Louisville catcher Ben Bianco) finished last season ranked #17 by Collegiate Baseball Newspaper. Finishing out the month of February, Louisville will face Wright State, Valparaiso, Xavier, and Western Michigan all at Jim Patterson Stadium.

As we head into the month of March the Cardinal Nine take on Morehead State in a midweek matchup before heading to Wake Forest for a weekend series set the 6th through the 8th. March will be a month full of ACC play: going on the road to North Carolina on March 20-22 & Boston College on March 27-29, while also hosting Notre Dame midway through March on the 13th through the 15th. On top of being in full swing with conference play, Louisville will host Eastern Kentucky University on March 17 and head to Western Kentucky on March 24.

April will bring the Battle of the Bluegrass, with Louisville heading to the city we all love to hate on the 7th, and that team from down the road coming to Jim Patterson Stadium on April 21. As a fan base, we would love to see these games be anything but midweek, especially with rumors of a certain tailgate crew setting up shop prior to first pitch this season. However, even midweek these are games you don’t want to miss. Rivalries are rivalries folks!

The Cardinal Nine will have their biggest regular season challenges in May, being on the road at both Florida Sate and Vanderbilt within a five day span. If you have watched any college baseball at all, you know what the Vandy Boys can do. After all, they are the reason we have the now infamous Luke Smith gif floating around Twitter. This is probably the only thing we have to really thank Vandy for after last season. Louisville will finish out the regular season at home hosting NC State, Indiana, and Virginia Tech.

To see the full 2020 Louisville Baseball schedule, follow the link below.