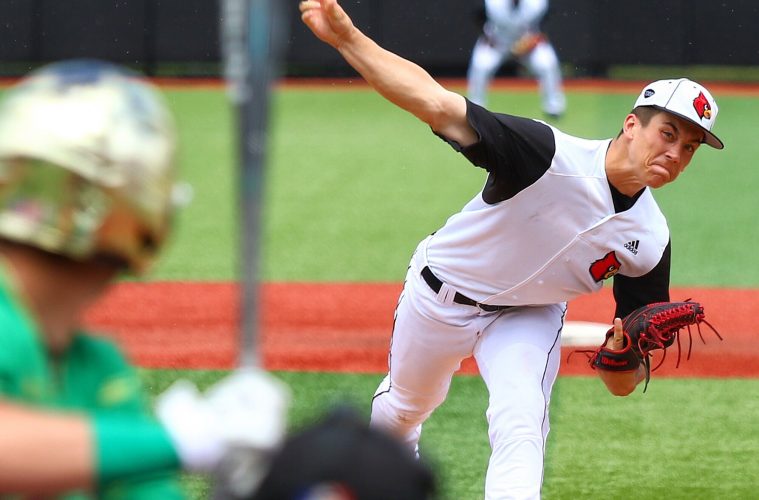 Having claimed two top ten rankings already this preseason by Collegiate Baseball Newspaper and Perfect Game, today the University of Louisville Baseball program cracked the top 5. D1Baseball.com released their preseason top 25 today, with the Louisville Cardinals landing at the #4 spot.

This is the program’s highest ranking since they ended the 2017 regular season also ranked #4. Rival Vanderbilt takes the top spot in D1Baseball’s poll, with LSU and Texas Tech taking the 2 and 3 spots ahead of the Cardinals. Louisville is also the highest ranked ACC team in the poll, with UNC ranked at #7, FSU at #13, Wake Forest at #20 and Clemson at #24. The full poll can be viewed here.

With the newly anointed top 5 ranking, Louisville will head into 2019 with lofty expectations following a moderately successful 45-19 campaign in 2018 and reaching as high as #23 in the rankings. The Cardinal Nine open up the 2019 season in Lakeland, FL against the the UConn Huskies on February 15th at 6pm. It kicks off a three game series at Joker Marchant Stadium, the spring training home of the Detroit Tigers.