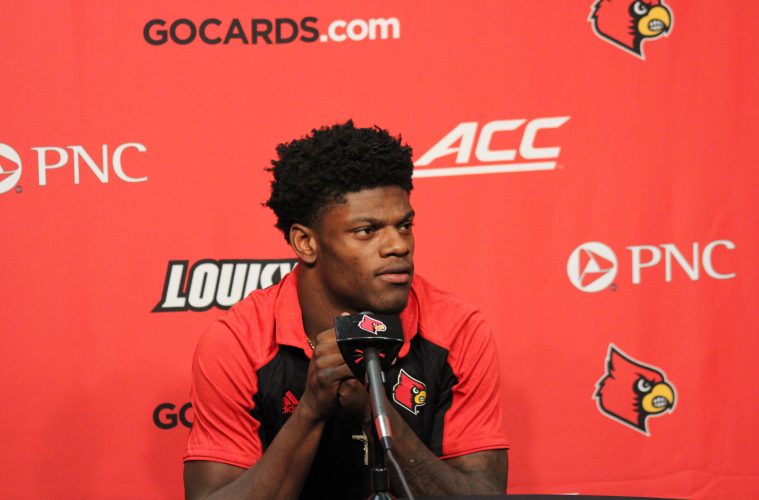 University of Louisville football’s Lamar Jackson has enjoyed quite a week, collecting two prestigious player of the year awards.

Jackson, one of the sport’s most electrifying players who has shattered a plethora of records, on Saturday was named The Heisman Trophy winner at the PlayStation Theater in New York City.

The sophomore, in addition to his remarkable passing ability, has used his elusiveness and quickness to help catapult his name into the national spotlight. While his speed on the gridiron has been nothing short of impressive, it was noted in a different way in earning the 82nd edition of the award.

Jackson, Louisville’s first player to win college football’s most coveted individual award, is the youngest player to secure the honor at just 19 years and 337 days old. He moves into the slot previously held by Florida State quarterback Jameis Winston, who was named the award’s recipient at 19 years and 342 days old in 2013.

Named the ACC Player and Offensive Player of the Year, Jackson shattered Louisville’s single-season record for rushing yards in a season, and his eight 100-yard rushing games also broke a school mark.

Jackson has passed for 3,390 yards and 30 touchdowns and is two scores shy of breaking Teddy Bridgewater’s single-season mark. Jackson totaled a pair of 400-yard passing games this season, including a career-best 417 yards in a win on the road at Marshall on Sept. 24, and 411 yards in a victory at Syracuse on Sept. 9.

The Cardinals return to action on Dec. 31 in the 2016 Buffalo Wild Wings Citrus Bowl against LSU in Orlando, Fla., at 11 a.m.