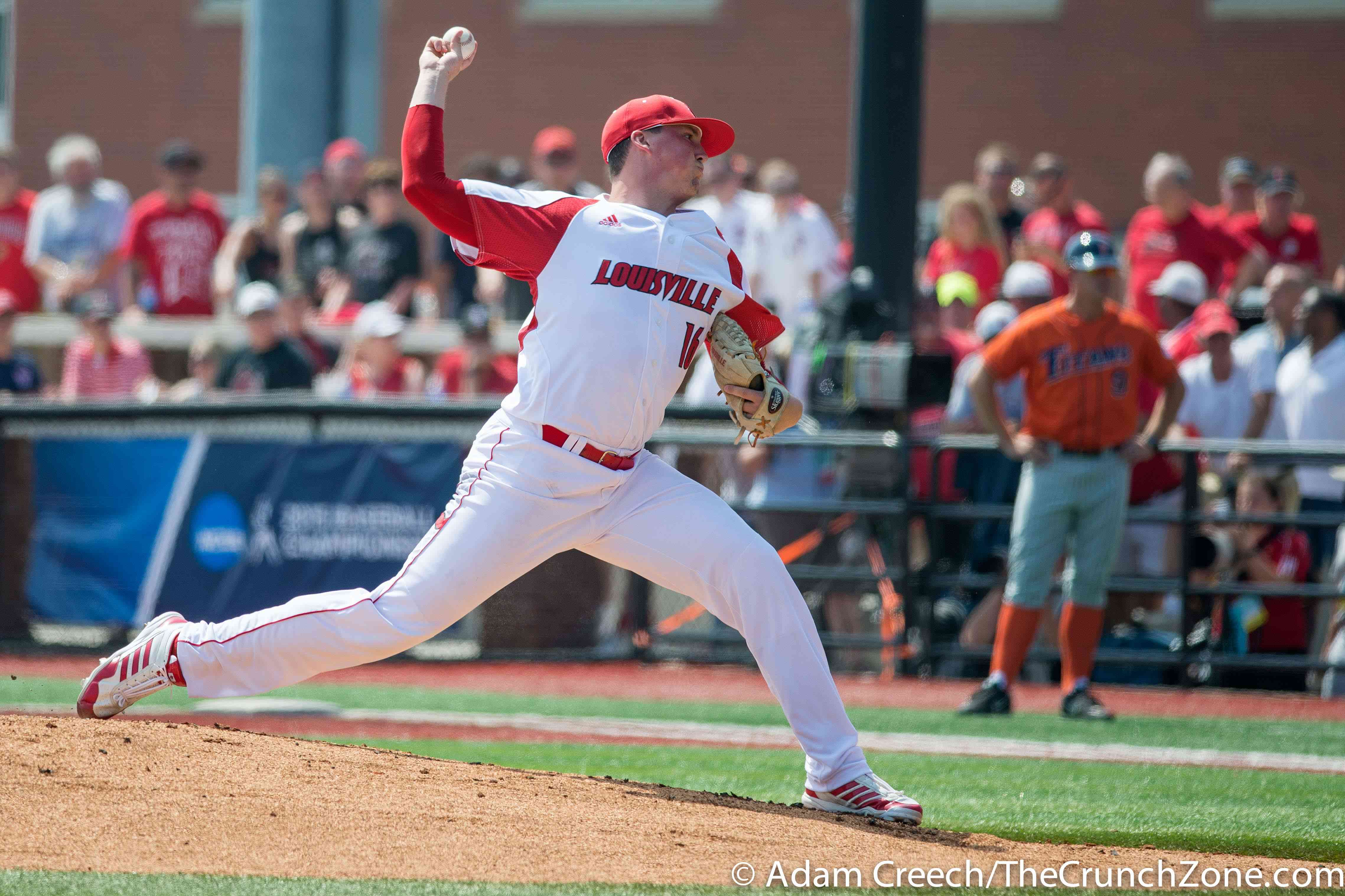 Dan McDonnell announced on Tuesday that Kyle Funkhouser is back as Louisville’s Friday Night starter….at least in Game 1 of the NCAA Tournament.  The 1st Round Draft pick in last June’s MLB Draft by the Los Angeles Dodgers will take the ball vs. Western Michigan at 6:00 p.m. at Jim Patterson Stadium.

Funkhouser is Louisville’s all-time winningest pitcher and has more strikeouts than any other Cardinal……ever.  Kyle began the season as Louisville’s #1 but early performances saw a need for the coaches to regroup with Funk and he’s been in the #3 position until now.

Coach McDonnell said the move back to #1 was the result of Funkhouser not getting a start during the ACC Tournament and pitched just 2 innings vs. Virginia in what was an inconsequential game.  Funk was perfect in the outing and has halved his ERA over the last 6 weeks.  Now with Louisville in the postseason Funkhouser is bringing his best stuff.

Dan McDonnell has plenty of options to go with after Friday.  It stands to reason that Brendan McKay would start Game 2 on Saturday with Drew Harrington starting Sunday’s Game 3.  But he also has undefeated mid-week starter Kade McClure available for a possible Regional clinching match-up or in a long relief situation.  Lincoln Henzman, Shane Hummell, Anthony Kidston, and Jake Sparger could all be available in long relief if necessary.