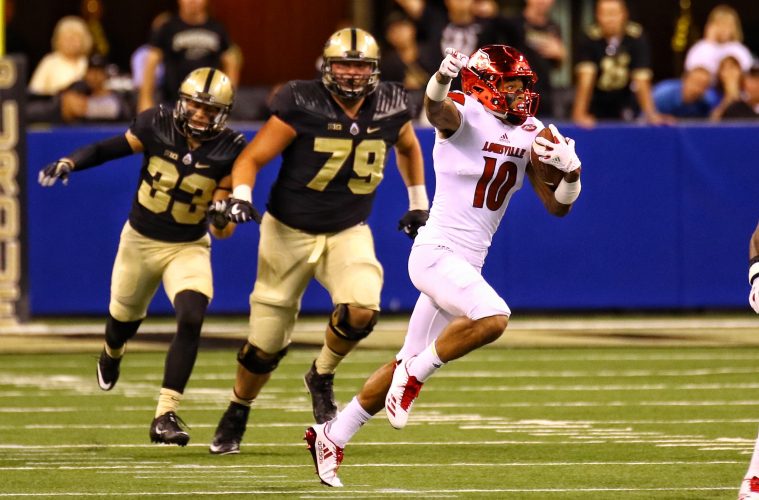 Louisville Cornerback Jaire Alexander was selected #18 by the Green Bay Packers on Thursday night.  The #18 spot carries a 4-year guaranteed contract with a 5th year team option.  The estimated 4 year contract total value is $12,050,969, of which $6,844,341 is signing bonus (spread out over the 4 year contract).  Jaire’s agent now can negotiate based off that draft slot.

The 2017 #18 pick was Cornerback Adoree’ Jackson, selected by the Tennessee Titans and eventually signed for $11.282M with a $6,345,661 signing bonus.  Draft slot values increase each year but players & teams can agree on different values from the assigned slot value on a case by case basis.  Either way Jaire Alexander is set to be a very well compensated individual in Wisconsin.