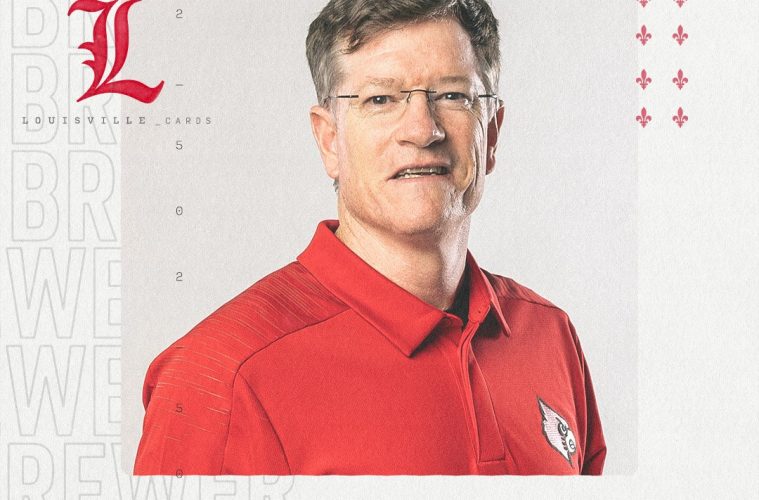 The University of Louisville head coach Scott Satterfield completed his coaching staff with his addition of Gunter Brewer as the wide receivers coach.

A veteran with over 30 years of coaching experience, Brewer joins the staff after one season coaching the Philadelphia Eagles in the National Football League.

In his brief stop in Philadelphia, Brewer helped guide the Eagles to a trip to the playoffs before losing in the Divisional Round to the New Orleans Saints.

Before his brief stint in the NFL, Brewer made his name in the college game after coaching a trio of Biletnikoff Award finalists throughout his career – Randy Moss, Dez Bryant and Justin Blackmon.

Brewer has a long history of coaching wide receivers in the Atlantic Coast Conference after mentoring the wide outs at North Carolina for 11 years, including six as the co-offensive coordinator from 2012-17.

While with the Tar Heels, he coached four of the top five wide receivers in career receptions at UNC. Ryan Switzer owns the school record with 244, followed by Quinshad Davis in second place (205), Jawarski Pollock in fourth (177) and Erik Highsmith in fifth (167).

In assisting with the offense, UNC set the school record for passing yards five times during his stint, throwing for more than 3,500 yards each year from 2012-16.The Tar Heels led the NCAA in yards per play (7.3) and ranked ninth in scoring offense (school-record 40.7 points per game) en route to the program’s first-ever appearance in the ACC Championship Game during the 2015 season.

That season, Mack Hollins had an NCAA-leading 24.8 receiving average, and went on to set the school career record with 20.6 yards per reception. Hollins also finished third in Tar Heels history with 20 receiving touchdowns, posting a career-high eight receiving touchdowns in back-to-back seasons from 2014-15.

With the Cowboys, Brewer’s term in Stillwater included five bowl appearances and the program’s first Big 12 South Championship in 2010. Brewer recruited and served as the position coach for Blackmon, a unanimous first-team All-America who won the Biletnikoff Award presented to the nation’s top receiver. Blackmon finished the 2010 season as the national leader in receiving yards per game and was second in receptions per game. His 1,782 receiving yards were the most ever for a sophomore in NCAA history, and he set another NCAA record with 12 consecutive games with at least 100 yards receiving and a touchdown.

With Brewer as co-offensive coordinator, the Cowboys offense produced a pair of first-team All-Americas in Bryant and running back Kendall Hunter, to go with first-round NFL Draft picks in lineman Russell Okung and tight end Brandon Pettigrew.

Brewer coached Biletnikoff semifinalist Adarius Bowman to consecutive 1,000-yard receiving seasons in 2006 and 2007, while D’Juan Woods was a 2005 all-Big 12 pick and ended his career as OSU’s third all-time leading receiver in both receptions and yards.

Brewer was the wide receivers coach and associate offensive coordinator at Marshall from 1996-99. Brewer coached Moss – the third Biletnikoff Award finalist — to stardom while helping the Thundering Herd to a 50-4 record over that time, including a perfect 13-0 mark and No. 10 final national ranking in 1999.

As a player, Brewer was a two-year letter-winner as a wide receiver at Wake Forest, where he earned his degree in science and health sports in 1987. In 1989, he was awarded a master’s in education with a specialization in exercise physiology from Ole Miss.

Brewer and his wife, Rhonda, have a son, Keaton, and a daughter, Lauren.