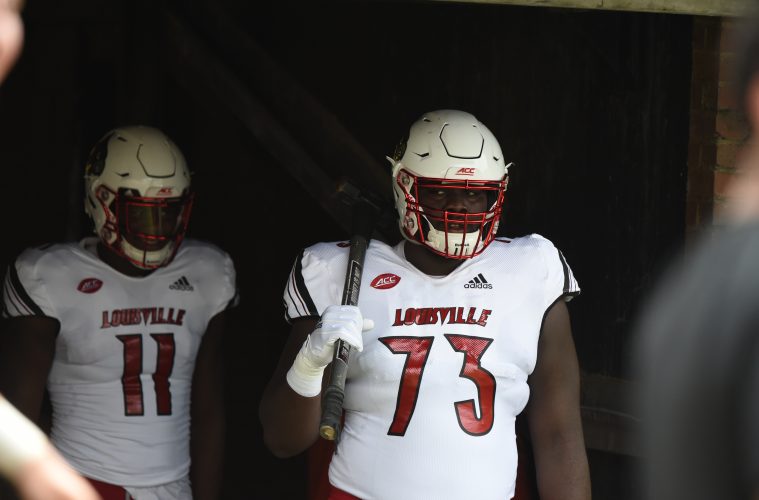 A 6-foot-7,368-pounder, Becton started all 12 games for the Cardinals last season at left tackle, while starting 22 in his career. The native of Highland Springs,Va.,scored his first career touchdown when he plowed in from one yard in a win over Indiana State.

Fitzpatrick was second on the team with 31 receptions for 422 yards and three touchdowns, while averaging 13.6 yards per catch. The product of Farmington Hills, Mich., caught a season high five passes for 62 yards at Virginia and had three other contests when he caught four passes. In 25 career games, Fitzpatrick has caught 76 passes for 1.121 yards and 12 touchdowns.

Moving to linebacker last season, Avery was second on the team with 56 tackles in nine games. The native of Grenada, Miss., led the team in interceptions with two — the first of his career. He posted a career high 15 tackles in a loss at Boston College and added seven stops versus Wake Forest and Kentucky.

Hall, a true freshman last year, proved to be one of the top kick returners in the country. The Atlanta, Ga., product finished with 818 kick return yards, the sixth-most in school history. Hall averaged 24.1 yards a return, which ranked 35th nationally. The 6-foot-0 rising sophomore returned a kickoff 93 yards for a touchdown versus Clemson.

The Cardinals open 2019 preseason camp in August. The season opener is set for Monday, Sept. 2 when Notre Dame makes its first appearance at Cardinal Stadium.