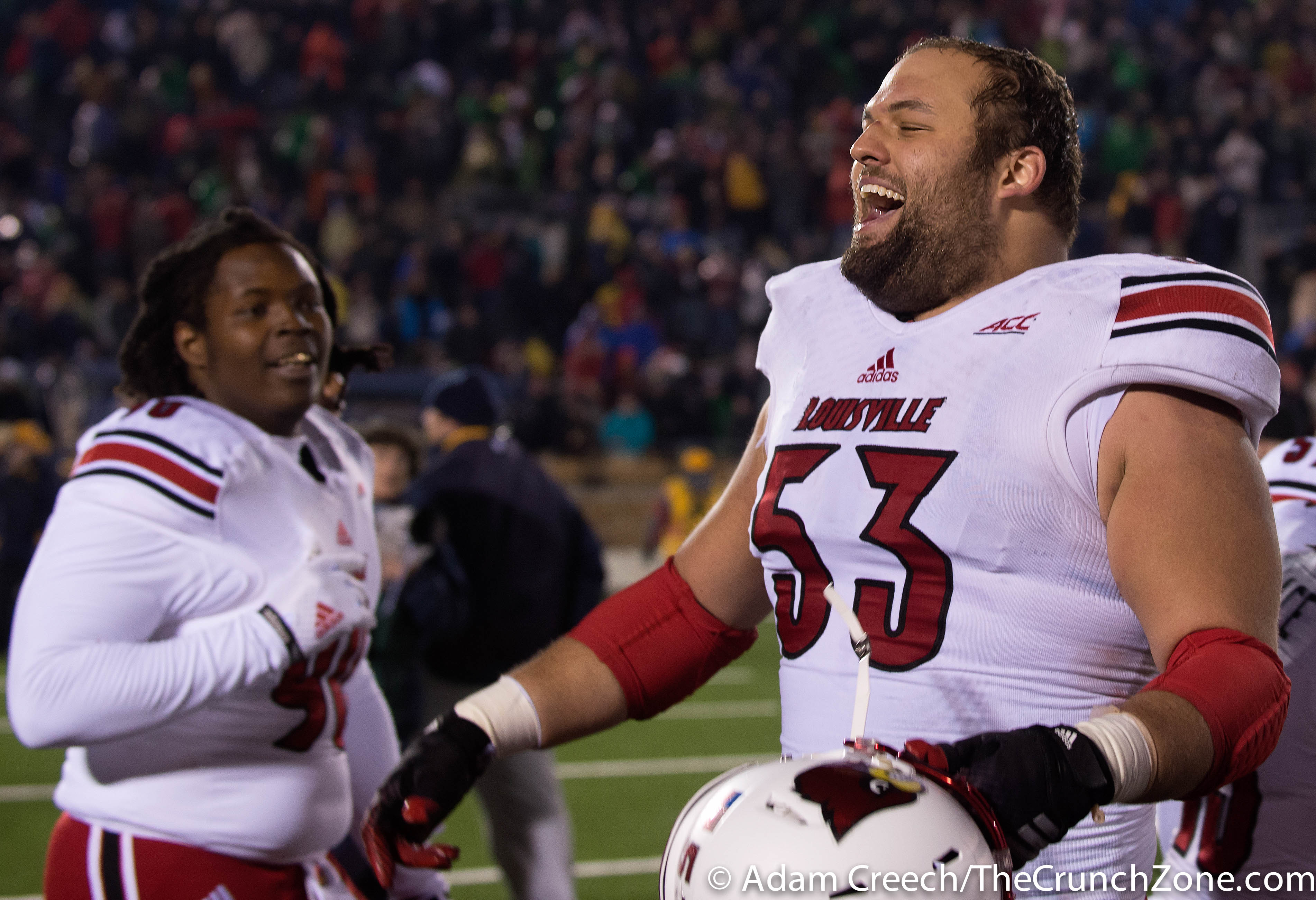 Florida Graduate Transfer Center TJ McCoy was in Louisville this past weekend and this afternoon announced his pledge to join Scott Satterfield and the Louisville Football program.

After originally signing with NC State in the Wolfpack’s 2015 signing class, the 6-1, 305, Center transferred to Florida to be closer to his father who was undergoing treatment for leukemia and redshirted the 2015 season. Most recently TJ played in 4 games during the 2018 season after starting 9 games in 2017. McCoy suffered a left foot injury against South Carolina during the 2017 season. TJ was also hit by a Honda Civic while on a scooter in April of 2017 and suffered minor injuries. McCoy started 4 games and appeared in 7 during the 2016 sesaon.

Following Jim McElwain leaving and being replaced by Dan Mullen, McCoy found himself with the 2nd unit.

Louisville will rely on McCoy’s experience to steady an offensive line that was shaky and in search of a Center throughout the 2018 season. The Cards tried Cole Bentley and Nathan Scheler at the spot at various times throughout last season and the fans didn’t see anything on the field from 2017’s full-time starting Center Robbie Bell except in warm-ups where he appeared to be playing tackle. Nathan Scheler left the program.

If TJ McCoy can win the Center job it would allow Cole Bentley to focus solely on Guard. It’s unclear how the new staff might see the depth chart working out, but McCoy gives the coaching staff some better options to consider when evaluating this Spring.