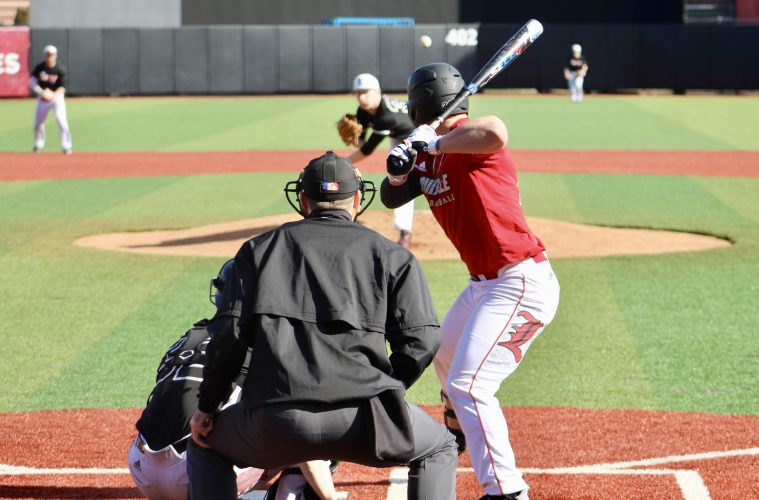 Make it eight straight wins for the Cardinal Nine! This afternoon they racked up a total of 16 runs in their victory over Morehead State University. The Cardinal offense has really broken out of its shell the last few games and today was no different.

Freshman LHP Tate Kuehner got the start today against the Eagles and would get Louisville out of a bases loaded situation in the top of the second. The bottom of the second inning would be where the Cards would explode on offense and bust the game wide open. Louisville would send 14 hitters to the plate and come out with 10 runs on 9 hits. Two of the ten runs included back-to-back homeruns from Levi Usher and Henry Davis. The fourth inning would bring 5 more runs for the Cards after Ben Metzinger gave us a two-run homer and Ben Bianco ran in three on a double. We would see the last run of the day in the seventh inning when Cameron Masterman got his first home-run of the year.

As explosive as the offense was, the pitching staff had themselves a day as well. Kuehner would throw three scoreless innings on his way to picking up his first collegiate victory. We also saw scoreless innings from Michael Prosecky, Glenn Albanese, Carter Lohman, and Adam Elliott. The pitching staff would have a total of 12 strikeouts by the time the game would end, giving up five hits through the day.

The Cardinals will head to Wake Forest this weekend for a three game series set to begin on Friday at 6:00. The game can be viewed on ACC Network Extra or you can listen on 93.9 The Ville.