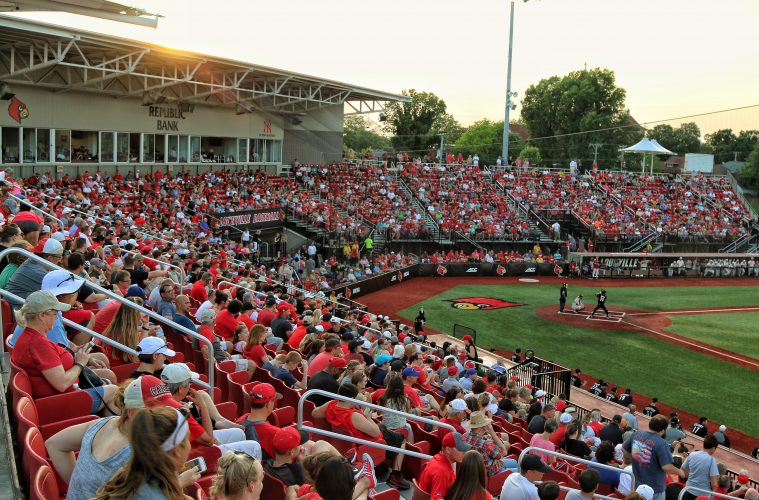 Another uncharacteristic performance defensively by the No. 2 Louisville baseball team was too much to overcome in Friday night’s 8-2 loss to Florida State at Jim Patterson Stadium.

The Cardinals (46-9, 23-6 ACC) registered their fourth straight multi-error game committing four errors and allowing four unearned runs to extend their losing streak to a season-high three games. Louisville, on its longest losing skid since suffering three straight losses in February 2015, has totaled 13 errors in the last four games after committing just 16 in the previous 25 games.

Friday’s result clinched the series victory for the Seminoles (35-20, 14-14 ACC), while the Cardinals were saddled with just their fourth series loss in their 30 ACC series during the last three seasons. The defeat also halted Louisville’s streak of 33 consecutive regular season series victories at Jim Patterson Stadium.

Junior righthander Kade McClure suffered his second loss of the season and just the third of his career despite allowing only three unearned runs on three hits with five strikeouts in seven quality innings. The Mentor, Ohio native dropped to 7-2 on the season and 20-3 in his collegiate career with Friday’s setback.

At the plate, Devin Hairston was 2-for-4 with a run scored and Devin Mann added two hits for the Cardinals. Brendan McKay had a RBI double and Colin Lyman chipped in with a RBI single for Louisville, which finished with an 8-7 edge in the hit column on Friday.

The Seminoles scored first on Saturday plating an unearned run in the fourth inning for a 1-0 lead. Following a one-out error by the Cardinals, Drew Mendoza drove Jackson Lueck home with a RBI sacrifice fly to right field.

FSU added to the lead with two more unearned runs in the top of the seventh inning. After Drew Mendoza reached base on a one-out fielding error by Louisville, Taylor Walls delivered a two-out, two-run single down the left field line later in the inning to push the advantage to 3-0.

The Cardinals cut into the deficit with a run in the bottom of the seventh on a RBI single to right by Lyman to send Drew Ellis home. However, Florida State ended any hopes of a comeback for the home side with a five-run ninth inning. Matt Henderson had a RBI single, Jackson Lueck added a RBI single and Quincy Nieporte delivered a two-run double while another Louisville error added the final run of the game. Louisville plated its final run of the night on a RBI double from McKay in the ninth inning.

The teams will conclude the weekend series Saturday at 7:30 p.m., ET and admission is free at Jim Patterson Stadium. The Cardinals will honor their senior class during a pregame ceremony on Saturday, which is set to begin at 7:15 p.m.