3 days after police released a Run Report where Chris Jones threatened a female, Thursday morning police issued a warrant for his arrest for rape of one female victim and sodomizing another.

The warrant signed by District Judge Katie King and was obtained by UofL police says that one of the women was hospitalized Sunday.  The victim who was hospitalized on Sunday was able to identify Chris Jones…..Louisville quickly dismissed Chris Jones the same day.  Chris Jones surrendered in court this morning.

One of his alleged victims was 19, the other 20 years old.  Both sexual assaults are alleged to have occurred on Saturday night at Cardinal Towne Apartments after Jones had played for Louisville in a win over the University of Miami.  Upon announcing Chris Jones’ dismissal, Rick Pitino described Jones as “Finished”.

The police were alerted to this alleged crime and began an investigation at 10:30 Sunday February 22nd, Jones was dismissed on Sunday at 3:44.

It is also reported that the woman who Chris Jones threatened via text message is not either of the alleged victims in either the sodomy or the rape charges.

Chris Jones arrived in court to answer for the Rape & Sodomy charges and plead not guilty. Chris is being held under house arrest in lieu of a $25,000 bond. His co-defendants Jalen Tilford and Tyvon Walker are being held on a $100,000 & $75,000 cash bond.

Jones has dropped out of school and is living in a hotel to focus on the case.  His attorneys are claiming that Chris Jones has been falsely accused and there is video evidence in the hallway that is in Chris’ favor.

TheCrunchZone.com would like to encourage any abuse victim to come forward and report any victimization to authorities.

On Feb. 17 while at a team dinner, Coach Rick Pitino was informed of a text message sent by Chris Jones to another individual.  Chris was removed from the dinner table, immediately suspended from the team.  After the matter was addressed within the university and Chris surrendered his cell phone, he was permitted to return to the team on Feb. 19 with strict internal disciplinary measures attached, among which included a curfew.  It was discovered shortly after noon on Feb. 22 that Chris had violated a curfew and there were other accusations, without knowing specifics.  At that time, Chris was immediately dismissed from the team.

While Chris is no longer a member of our team, we understand that the allegations are very serious.  While we cannot comment on this ongoing investigation, we certainly expect our student-athletes to uphold certain standards, including their treatment of others.  We have great respect for the legal process and our university procedures and we will cooperate as requested with this matter. 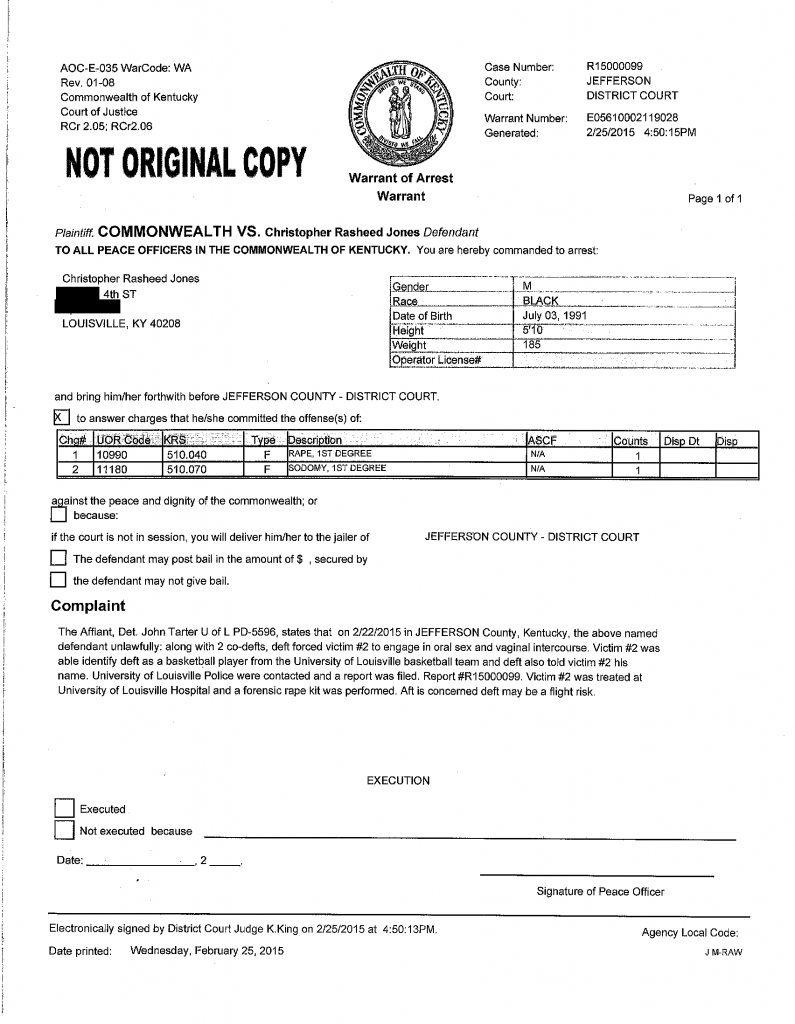 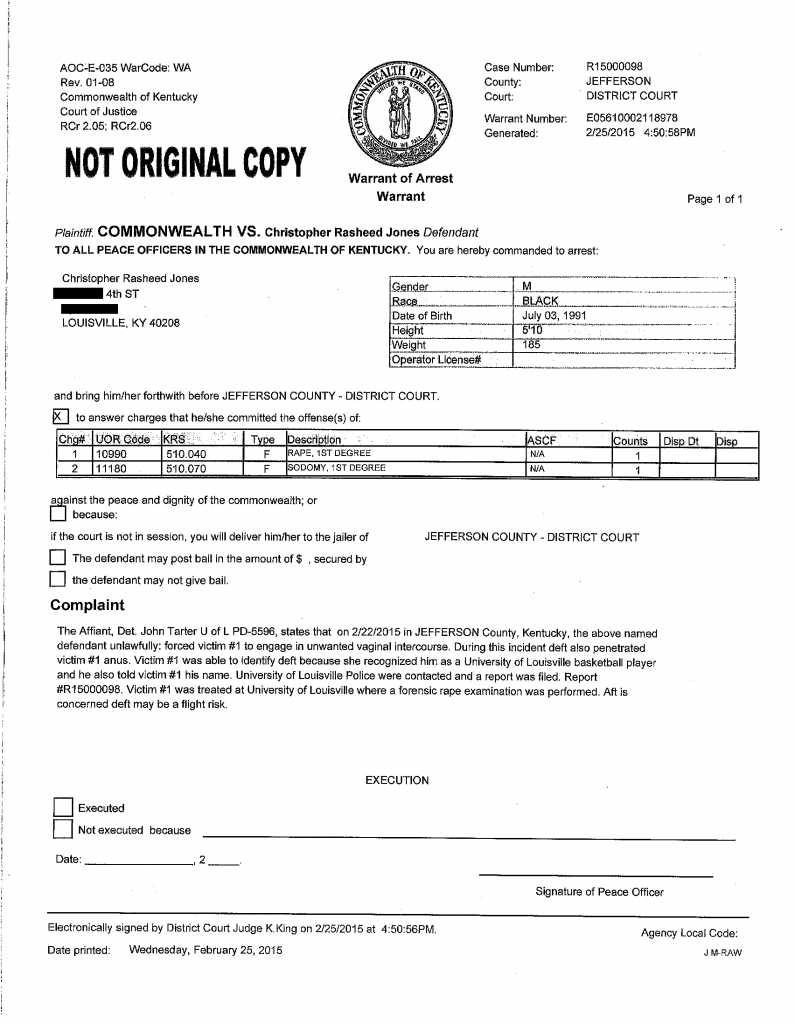 Jones has been handcuffed and his time in court today is over. pic.twitter.com/dmTrk7uLX9