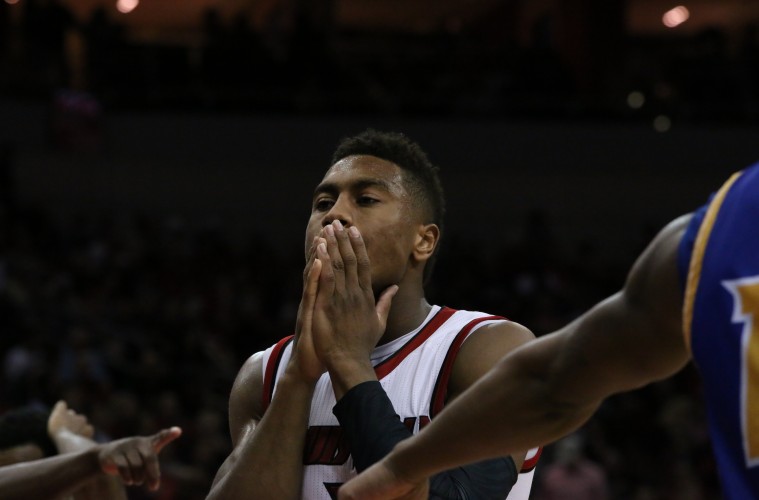 Sometimes things don’t quite go your way.  Sometimes you dominate the glass, shot better from the field and find a way to lose……..and that’s exactly what happened to the University of Louisville’s Mens Basketball team on Sunday in Greenville, SC vs. Clemson.

It didn’t help that Louisville went without a 3-point basket for much of the game including 1-11 from 3 from Trey Lewis and 0-7 from 3 from Damion Lee.  That the type of uncharacteristic shooting performance from Louisville’s best two outside shooters that will get Louisville beat as Rick Pitino said in his post-game regarding Damion Lee: “He’s too worried about his jump shot….if you are going to be one dimensional you are going to have nights like tonight.”

Trey Lewis came into the game shooting 45.5% from deep, Damion Lee 38.2%.  Coaches always tell players to ‘keep shooting’ but combined the duo was 5 of 31 from the field and 1 of 18 from beyond the arc.  Trey Lewis for his part added 8 rebounds and 3 assists.

Clemson has been a frustrating team to play because of its slow down methods and fundamentally sound defense.  Louisville played right into the Tigers hands with SEVENTEEN (17!) turnovers to go along with its under-whelming shooting.  Additionally the one player who was providing the best spark was Chinanu Onukau who was limited to 20 minutes and fouled out before adding a double double.

But the most disappointing part of losing to the Clemson Tigers (Ken Pom’s #82 team) on the road is the fact that the Cards had TWENTY-NINE fouls…..29!  Those fouls led to Clemson shooting 44 Free Throw Attempts (they only attempted 43 Field Goals) and producing 32 points from the charity stripe.  Clemson only hit 14 shots from the field and was able to beat a ranked Louisville team.

There will be nights like these in every January, every Louisville fan knows this already.  Losses without lessons learned are true tragedies so we’ll see where the Cards are on Thursday evening when they finally return to the Yum! Center vs. the Pittsburgh Panthers.