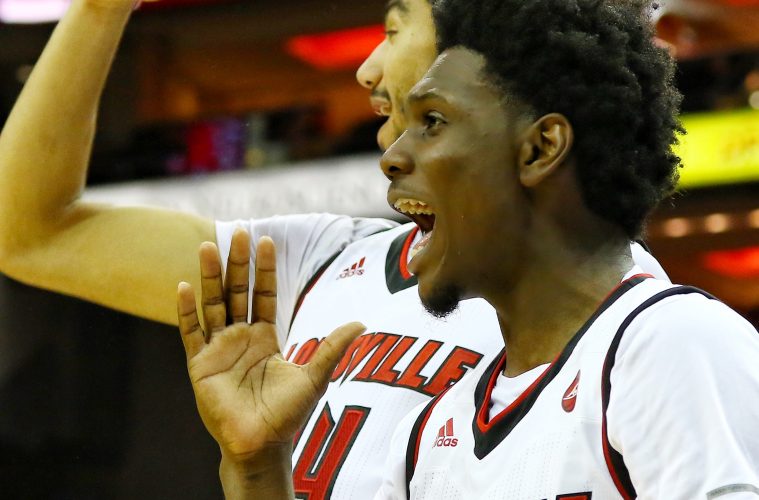 It wasn’t pretty, but it’s a win nonetheless.

Louisville rode the strong effort of Deng Adel and  big debuts from freshmen Darius Perry and Jordan Nwora to pull away from George Mason and secure a 72-61 win on Sunday.  The win was the first for interim head coach David Padgett.

Deng Adel scored 20 points on 9-17 shooting and freshman Darius Perry added 17 in his first regular season game to help put away the pesky Patriots.   Fellow freshman Jordan Nwora made clutch three pointers late in the game to finish with 10 points.

The Cards struggled with shooting in the first half which carried over to the second half. They would however finish the game shooting 45%, including 8-20 from the three point arc.   George Mason was led by Jaire Grayer who finished with 20 points.

While the fanbase was a bit antsy about the play, lets all remember we are being coached by a guy who was coaching his first meaningful game and his team responded down the stretch.  Congrats to Coach Padgett on his first regular season win, and hopefully there are more to come.

The Cards will be back in action on Friday night when the face Omaha at the KFC YUM! Center.