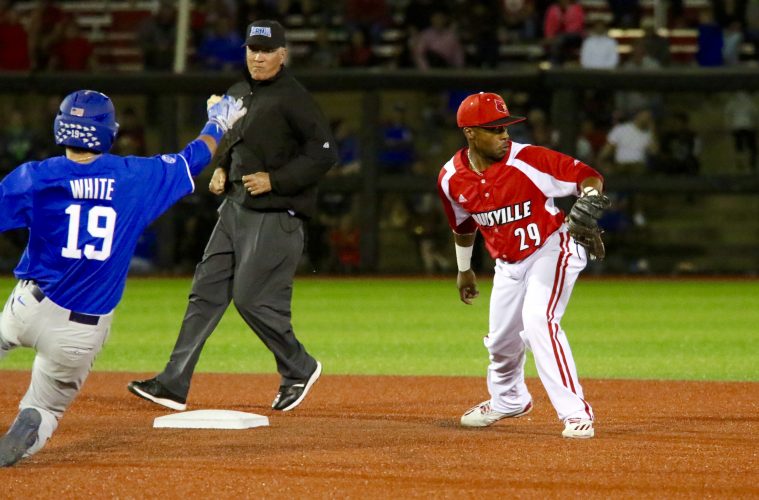 The second-ranked Louisville baseball team concludes its four-game road stretch with a visit to No. 10 Kentucky for the second and final meeting in the annual Battle of the Bluegrass series. The Cardinals and Wildcats will meet on Tuesday at 7 p.m., ET at Cliff Hagan Stadium in Lexington. The game will be televised on SEC Network, while radio coverage will be provided by 93.9 The Ville.

Kentucky enters the week at 25-12 overall and 10-5 in the SEC after winning two of three games at Missouri last weekend. The Wildcats, ranked 10th in this week’s D1Baseball Top 25, have won four of their five SEC series this season. The pitching coach for the Wildcats is UofL alumnus Jim Belanger, who pitched for the Cardinals in 2007 and 2008. Last season, UK was 32-25 overall and fourth in the SEC East with a 15-15 conference record.

SERIES HISTORY
Louisville is 41-61-1 all-time against Kentucky in a series dating back to 1925. The Cardinals have won six straight against the Wildcats, including a victory earlier this season (5-3 on April 4) and a sweep of the regular season series in each of the last two years. Last season, the Cardinals earned a 9-6 win in Lexington and a 7-6 win in Louisville.