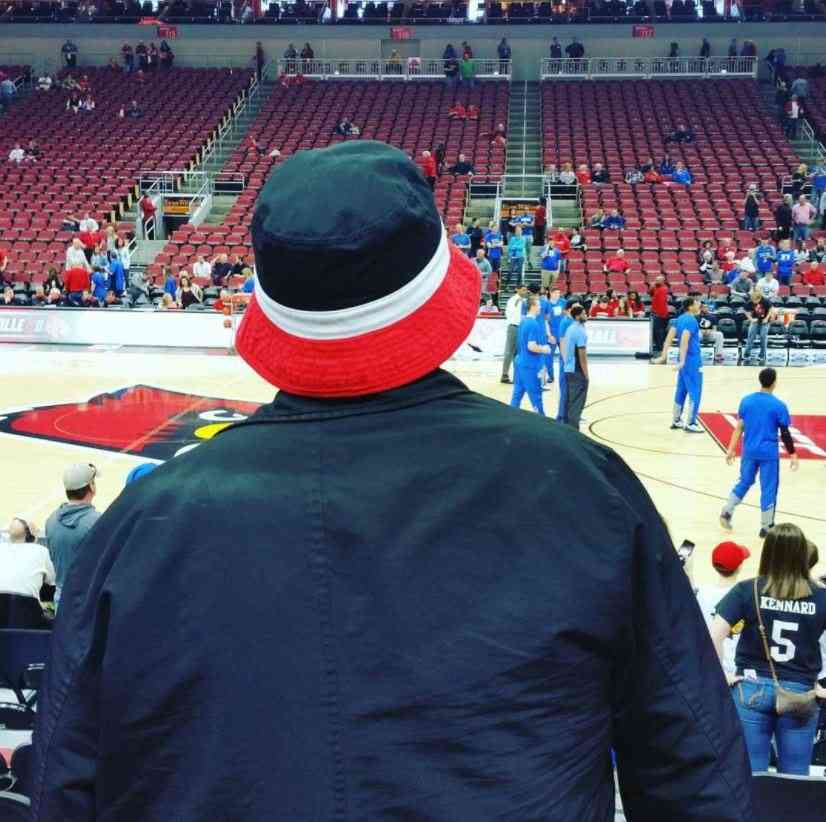 Let me start off by saying that I am fully aware these past two wins are not anything to boast about.  One team looked like they would rather be playing UNO and the other team is coached by Kevin from “The Office”.  But either way, ding-dong the losing streak is dead.  While we are not going to get a number one, two, or three seed after these two blowout wins, we avoided a Defcon 5 situation had we lost.  We also got the chance to see Lance Thomas foul out in 10 minutes,  the best things in life really are free.

On Monday we learned that UCONN is still UCONN but the Louisville women showed fight despite being down double digits the majority of the game.  There is no shame in losing to UCONN and the Cards will rebound from this. They are still in line for a one or two seed so all is not lost.  Proud of them and they still have unfinished business. They should finish strong in and be sitting pretty for the ACC tournament.

Before we get to the notes, let me just say that I appreciate all of you who read this column each week.  I know I say it all the time on Twitter but I really get a kick out of seeing this column, along with BucketHatism, bring so much joy to CardNation.  I am truly grateful for all of you, and thankful that Mark Blankenbaker brought me over to The Crunch Zone.   Some people may think that I am feeling myself now that I have made a few appearances on the radio, I assure you I am the same Cardinal fan / a-hole that I was before I started writing for any website.  I am no better than any other fan in CardNation, it just so happens I have a platform to express my thoughts and some good friends from social media (you) who retweet and share it.    Rather than assume that I am smug and arrogant, how about using your 24 hours better instead of sitting in your home mad at someone else’s progress. If you are wondering if that was a shot…..it was.

Any outbursts from the court and you will be removed by the bailiff SarahD~CARDS FAN~ (@sadnky).  She is a mom, a granny, and as she boasts in her profile she is mature but not old.  The BHK needs wisdom at times but also needs a fan that will swing on a hater when the situation calls for it.  SarahD fits the bill.  While she is a 49er fan and I am a Raider fan, I am willing to put our differences aside in that aspect to support CardNation.

And in closing, thus ends the winnable stretch of games for Louisville. The Cards had 4 games that they should have won but instead they finished 2-2 and now head into the toughest stretch that I can remember.  UNC, Duke, V-Tech, Virginia, and NC State.  So we battle the state of North Carolina one week and the state of Virginia the next before ending the season against Kevin Keatts and his reformed NC State squad. FUN…….

Folks, We are sitting at 18-8 without a marquee win and one terrible loss.  I think if Louisville can at least go 2-3 or 3-2 in this stretch they are securely in the tournament.  Beat UNC and Virginia at home and steal one on the road and I think we can all exhale.  Here’s the thing,  even by winning a two of the next five, the Cards could also stand to get a few in the ACC tournament.  There are no more gimme’s on the schedule, this is what makes or breaks a team.  So as a fanbase, lets all rally behind the team these next few weeks.  We have been here for one of the most tumultuous seasons on record, and we will continue to be here because die hard fans don’t cower when their team faces adversity.

March is coming, let’s do this.