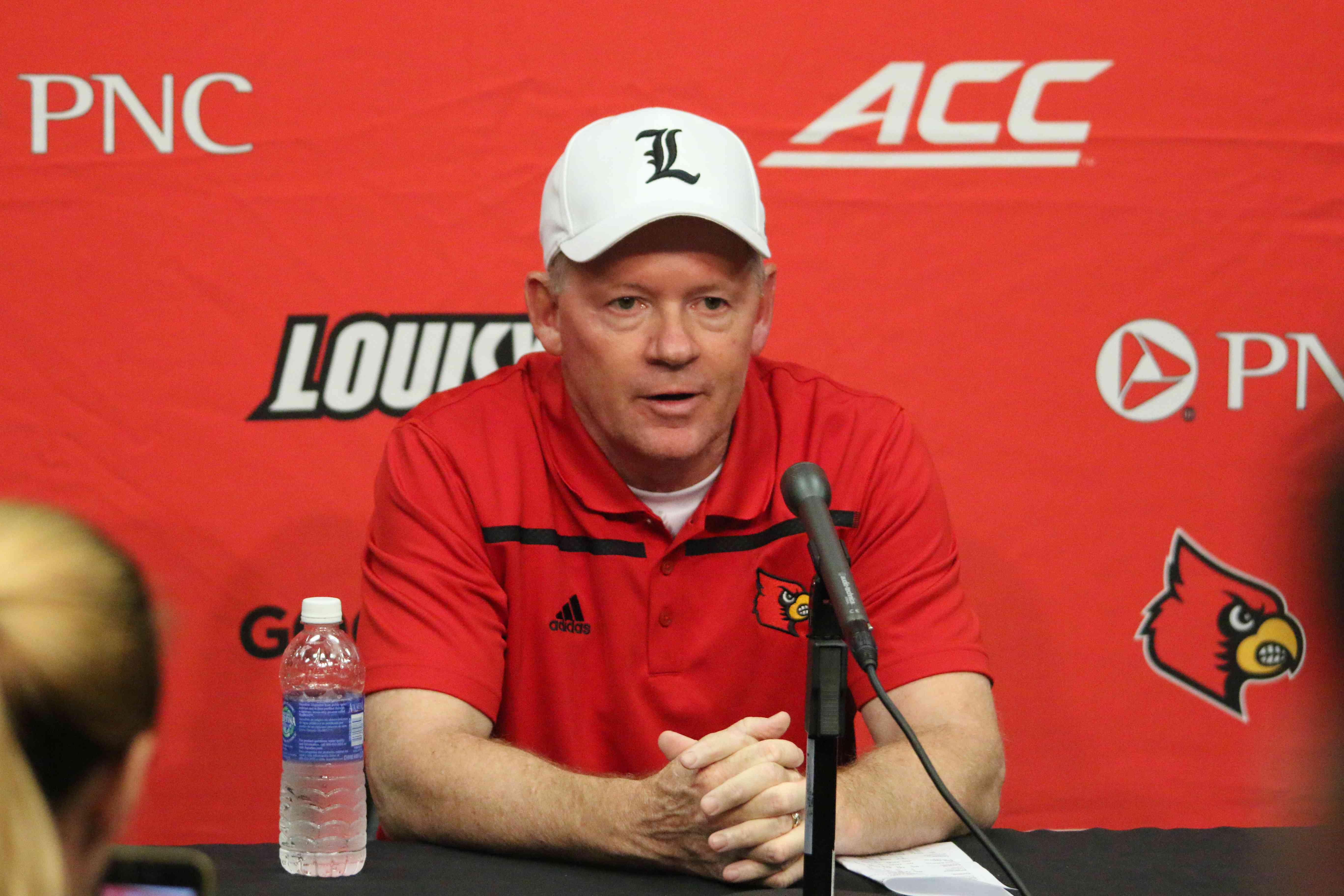 The University of Louisville has agreed to a new seven-year contract for football head coach Bobby Petrino that furthers his association with the Cardinals through the 2023 season, Vice-President/Director of Athletics Tom Jurich announced on Thursday.

Petrino, who boasts the top winning percentage in school history, conducted one of the best coaching jobs of his career last season. He guided the Cardinals to eight wins over their final 10 games, including a 27-21 victory over Texas A&M in the Music City Bowl. Led by true freshman quarterback Lamar Jackson, who set a bowl record with 226 yards rushing and two touchdowns, the Cardinals totaled 534 yards of total offense, including 307 on the ground.

Petrino transitioned the program into the ACC in 2014, guiding the Cardinals to a 9-4 record that included a win over Miami in the school’s first ACC contest and a three-game winning streak to close the regular season. Louisville also earned a win at Notre Dame and a come-from-behind victory over in-state rival Kentucky.

“I’m thrilled with the job that Bobby has done here, and it’s been great to have his wife Becky, their children and three grandchildren back in the city of Louisville,” Jurich said. “Their commitment to the community through the Petrino Family Foundation has been extremely successful in raising charitable funds and assisting our community. Bobby has done an excellent job reinforcing our commitment to academics and career development. He has exceeded my expectations on the field, especially closing last year with a win in the Music City Bowl over a talented Texas A&M team. I think the future of this program is extremely bright, and I’m excited that with this extension, Bobby has reinforced his commitment to the University of Louisville.”

Funding for Petrino’s contract will come from revenues generated by the athletic department.

The only head coach to serve two stints with the Cardinals (2003-06, 2014-present), Petrino owns a 58-18 record for a 76.3 winning percentage, the best in school history. He has the second-most victories in the school’s record books.

He also is the only coach in UofL history to lead the program to a pair of top-10 finishes in the final Associated Press Polls, guiding the Cards to No. 7 rankings in both 2004 and 2006.

Entering his seventh season at Louisville, Petrino has directed the Cardinals to bowl games in all six seasons and has led the school to a pair of conference championships, winning the Conference USA title in 2004, and the BIG EAST championship in 2006 with a school-best 12-1 record. That season was capped with the school’s first BCS appearance, defeating 12th-ranked Wake Forest 24-13 in the 2007 FedEx Orange Bowl.

Hired at Louisville in 2003, Petrino guided the Cardinals to a 9-4 record and became the first coach in school history to reach nine wins in their first season. Louisville set six Conference USA records during that campaign, including the mark for total yards after the Cardinals racked up 779 yards, 445 of which came on the ground, in a 66-45 win over Houston.

In 11 seasons as a collegiate head coach at three different schools, Petrino has compiled a 100-39 record, a .719 winning percentage that ranks him 11th among active coaches. He is one of 18 active coaches with 100 or more career wins.

During his illustrious career, Petrino’s teams have won 10 or more games four times and has led his teams to bowl games on nine different occasions, including a pair of BCS bowl appearances.