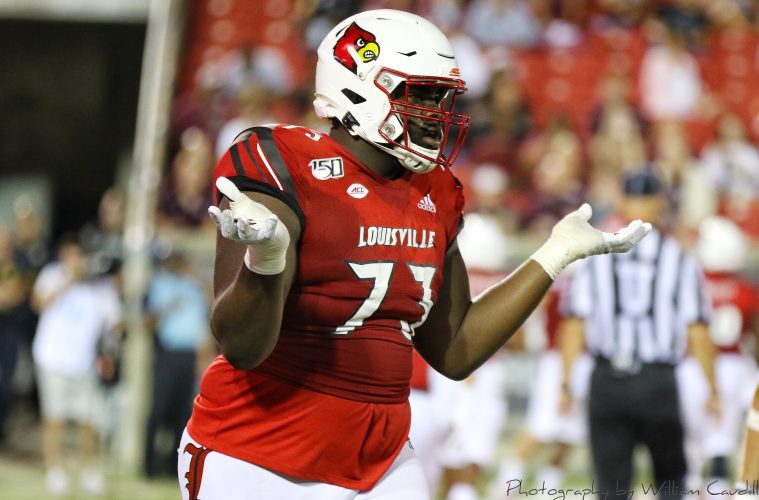 Well. That was fun! Football IS FUN again! Yes, it was only Eastern Kentucky. Yes, they are an FCS team. Yes, we should expect to beat a team like that. But it had been 357 days since our last victory as a program and fan base…I think we are allowed a little celebration. It was by no means perfect, but there were tons of positives to take from last Saturday’s performance. If you reference last week’s “Keys to Victory” column, I would say the Cards were more or less successful in four of the five facets of the game I wrote about, the lone exception being that they didn’t settle on a center. That was by choice, and I have pretty much come to peace with the fact that Coach Ledford cares not for my unease with the center rotation. I have to accept that. He’s bigger than me.

Before we get into the meat of the article, I would be remiss if I didn’t talk about the defense for a second. A shutout against any opponent is an accomplishment. But a shutout by a defense made up mostly of spare parts from the worst defense I have witnessed in my adult life is downright admirable. Bryan Brown’s defense plays disciplined assignment football, flies to the ball, and plays to the whistle. Two big indicators this defense plays sound football (outside the obvious score). One, they completely limited chunk plays (one of last week’s Keys to Victory). The longest play from scrimmage for EKU last week was 20 yards. That shows that even when a play gets loose, the defense is able to recover and limit the damage. That’s awareness and that’s assignment football. Two, the top three tacklers on the team last week were linebackers. That’s how it should be. In a 3-4 scheme, the linemen are swallowing blockers, leaving the backers to make the plays. The last two seasons, our leading tacklers were often DBs. Not a good sign.

This week the Cards travel to Nash Vegas to take on the in-state Wester Kentucky Hilltoppers, because WHY NOT? Western has struggled a bit early in the Tyson Helton era, dropping a game to FCS Central Arkansas, and eking out a win against doormat FIU. Let’s take a look at hat it will take for the Cards to top the Tops…

This is a dangerous one for me. Because the more film I watch, the less I really thought of Western Kentucky. And honestly we are in no position to take ANYBODY lightly. Louisville has a hard-fought loss (still by 18) to a good team and a dominant win against a bad one. No reason to inflate the accomplishments.

That being said, Western is just not a great defense, and the Cards should move the ball pretty well on Saturday. I expect the game to be a little messy in the first quarter (especially if Jawon can’t go), but receivers should be open all over the field and the passing game should thrive as a compliment to the rock-solid running game. Cards pull away in the second half, Javian hits the century mark again, speed kills the Tops.

Go Cards. See you in Nashville.