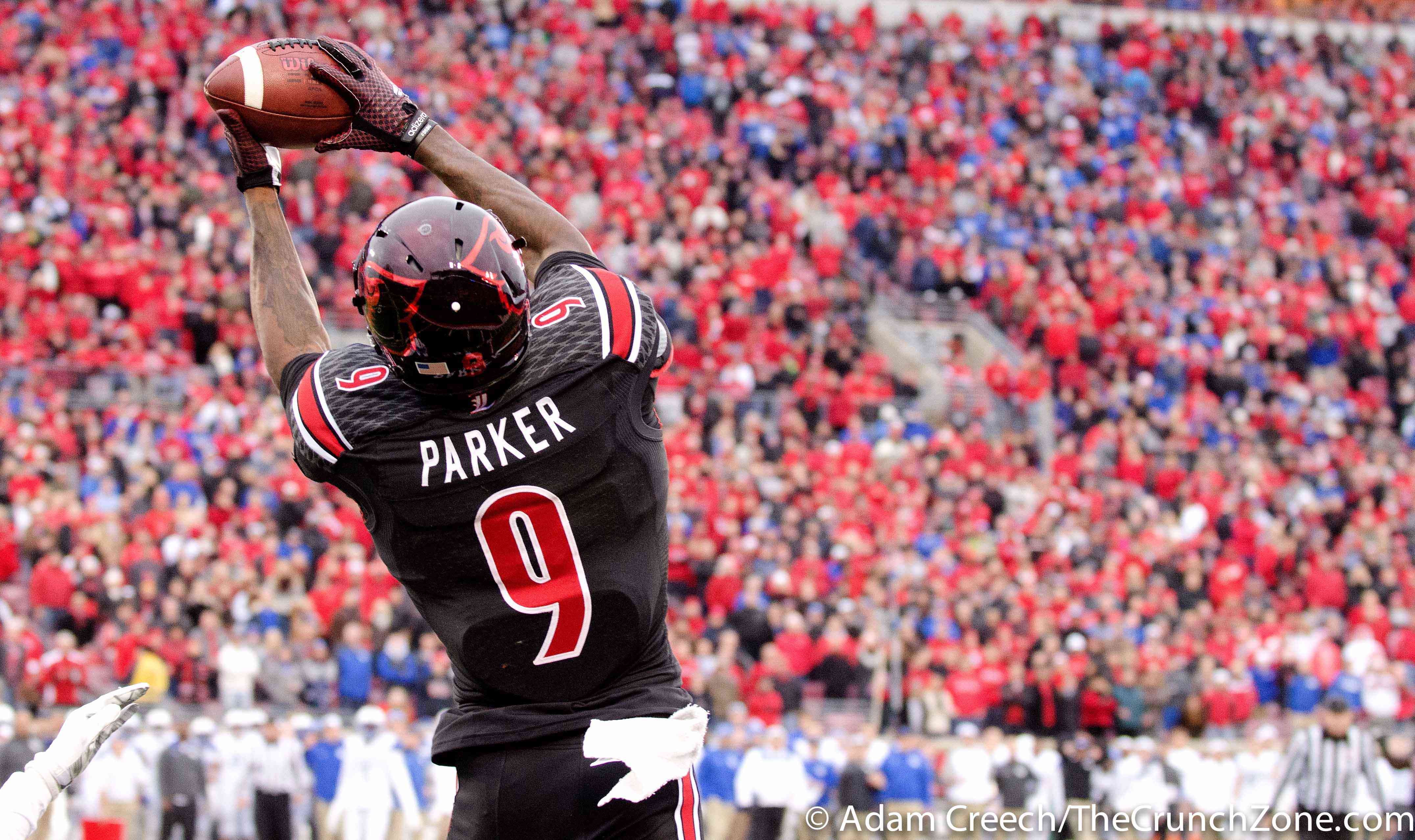 The University of Louisville has enjoyed a plethora of great wide receivers in school history, but who is the best?  We took a look at the best and attempted to extrapolate through the eras just who was the best wide receiver ever at the Unviersity of Louisville.  We took into account what the player did while playing for UofL AND what they did after exhausting their eligibility, including their total impact on the program.

Louisville has had a TON of excellence at Wide Receiver.  Capping this at a list of a “Top Ten” is really difficult because it’s more than just simple stats and listing receivers in order based on receptions, yards and TDs.  Different eras and professional impact play a huge factor in determining who was the best.

Additionally Mark Clayton was a 5x Pro Bowler and STILL has a tremendous impact on the NFL record books. Deion Branch is a 2x Super Bowl Champion and a Super Bowl MVP and in 2 years made a really big impact on the UofL Football record book.  DeVante Parker’s numbers are undeniable and the argument of “what would his numbers have been if Charlie had opened it up” is valid….. but by opening up Teddy Bridgewater would have produced more yards for Devante, but also Damian Copeland, Eli Rogers, Gerald Christian, etc.

Beyond the Top 3 I couldn’t go any further without Arnold Jackson who was the first ever college football player with 300 receptions.  Jackson’s production is unbelivable and in most programs he’d be in the Top 3… but this is the AFROs.  Also, how ridiculous is it that Ernest Givins checks in at #5?  The Cards have had a ton of great Wide Receivers in its history.  Harry Douglas coming into his 10th year in the NFL dots the Cardinal record books at #6 and while J.R. Russell didn’t have an NFL impact, his numbers and production at UofL warrants him here at #7.

Eli Rogers has to make the list in my opinion and I struggled with placing him above Miguel Montano, but Rogers early returns in the NFL persuaded me to do so.  And Mario Urrutia’s yardage & touchdowns while at UofL just begs inclusion as well.

Personally I struggled placing and selecting a Top 10.  I could hear any argument about moving these players around and moving some guys from the “Also Considered” into the Top 10.  So tell me what you think, how would you rank the best wide receivers in Louisville Football history?

*Louisville has never had a first team all-American wide receiver.