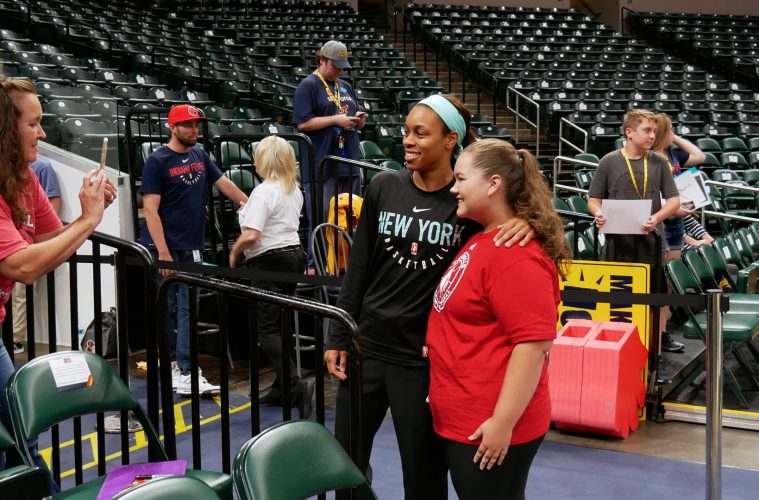 The Crunch Zone traveled up I-65 to Indianapolis and Bankers Life Fieldhouse on Saturday to catch Asia Durr and the New York Liberty take on the Indiana Fever as the 2019 WNBA season begins its schedule.

By all accounts we weren’t the only ones. Many familiar faces made the approximately two hour journey, including several members of Durr’s alma mater Cardinals squad along with Coach Beth Burns.

The Cardinal faithful, despite their passion, couldn’t manage to give the Liberty the spark they needed to light their torch. A vicious offensive onslaught led by Kelsey Mitchell (Ohio State – 2018 2nd Overall) would prove to be too much as the Liberty fell to the Fever 92-77 in front of 5,000 assembled Fever and Cardinals fans.

Despite the loss, the second overall 2019 WNBA draft pick seemed to be in high spirits when we interviewed her in the locker room post game. Perhaps that had something to do with the recent announcement that Durr and fellow Liberty guard Kia Nurse have inked deals with the Jordan brand. But overall it was apparent that one of Louisville’s greatest was just happy to be doing what she loves.