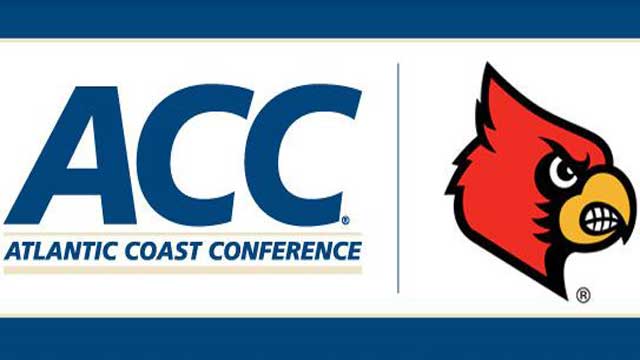 FROM THE ACC LEAGUE OFFICE

Atlantic Coast Conference championship events will be held at 19 sites throughout the conference’s 15-school footprint during the 2014-15 academic year.

“There is a tremendous amount of excitement among our member institutions as we look ahead to next year’s schedule,” said ACC Commissioner John Swofford. “We have teams competing at the highest level in every sport, and with the addition of Louisville, the ACC’s overall strength and competitiveness have never been stronger.”

The 2014-15 ACC championship schedule release comes in conjunction with the league’s annual spring meetings.
As previously announced, the Dr Pepper ACC Football Championship Game will be played on Dec. 6 at Charlotte’s Bank of America Stadium for a fifth straight year. The month of March will find Greensboro Coliseum playing host to the ACC Men’s Basketball Tournament for a third straight year (March 10-14) and welcoming the ACC Women’s Basketball Tournament (March 4-8) for a 16th straight year.

Also announced on Thursday, the ACC Baseball Championship will begin a four-year run at Durham Bulls Athletic Park on May 19-24, 2015.

The first ACC championships of the 2014-15 season will be held on Friday, Oct. 31, as Virginia plays host to the Men’s and Women’s Cross Country events at Panorama Farms.

The first round and quarterfinals of the ACC Men’s Soccer Championship will be held at campus sites on Nov. 5 and Nov. 9, respectively. The tournament will then move to WakeMed Soccer Park at Cary, North Carolina, for the semifinal matches on Nov. 14 and the championship match on Nov. 16.

History will also be made –  or, more aptly, resumed – on Feb. 21-22, when North Carolina plays host to the 11th ACC Men’s and Women’s Fencing Championships, the first since 1980. Notre Dame’s entry into the conference – combined with existing members Boston College, Duke and North Carolina – gave the ACC four varsity programs, as required by conference bylaws for championship sport sponsorship.

The ACC Men’s and Women’s Indoor Track and Field Championships are set for Virginia Tech on Feb. 26-28. Pitt will host its first ACC title event on March 8, when the Panthers welcome the ACC Wrestling Championship.

The Cary Tennis Park will welcome the ACC Men’s and Women’s Championships for a seventh straight year April 22-26. The ACC Softball Championship is scheduled May 7-9 at Virginia Tech.

The ACC Men’s and Women’s Outdoor Track and Field Championships will be held a month later next year than has been the custom (May 14-16), when league teams will compete at Florida State.

The ACC Women’s Rowing Championship will return to Clemson’s Lake Hartwell during May 15-16, with the ACC Baseball Championship bringing down the curtain on the 2014-15 sports season.

The ACC on Thursday also announced the conference officers for the 2014-15 academic year: