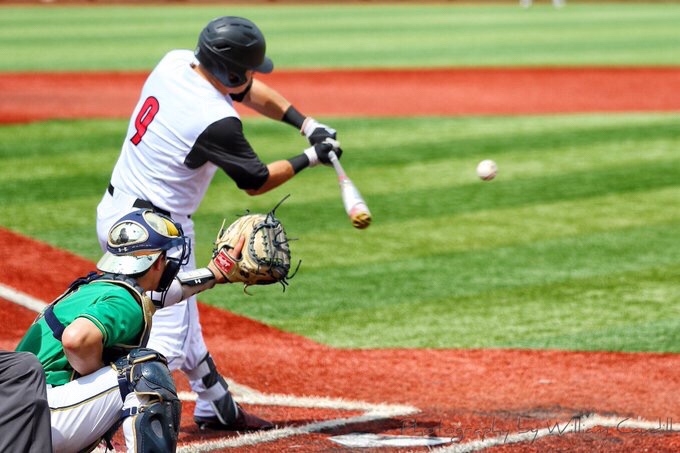 The Cardinal Nine might not have boasted a perfect record for the week, but they certainly played like they did. While the game against the #19 Indiana Hoosiers (37-15) will go down in the books as a loss, they showed some character and put themselves in a couple different positions to win. Finishing the regular season strong, they were able to bounce back from their extra innings loss to IU with a 3 game sweep of Notre Dame (24-28, 12-18) at Jim Patterson Stadium.

Louisville now seems to be finally hitting their strides, and it couldn’t be coming at a better time with the postseason finally upon us. Their tendency fall behind early and have trouble clawing back in seems to have been left behind them, as they were able to tie or win the game in the eighth inning or later in three of their four games this past week. Their late season offensive woes seems to have taken a backseat as well, plating 5 or more runs in each game against Notre Dame and IU. 2 of the 3 weekend game featured strong starting pitching as well, with the bullpen helping salvage this third weekend game. With all the momentum finally going in their favor, especially banking off extending their 40-win regular season streak on the last day of the season, it’s very possible Louisville could make a run in the ACC Baseball Championship and beyond.

For the ACC Baseball Tournament, all games including Louisville’s can be purchased through the Durham Bulls website at this link. Louisville’s Wednesday game against Wake Forest will fall under “2018 ACC Tournament Session 3”, and their Friday game against Duke will fall under “2018 ACC Tournament Session 7”. In case you cannot make it to Durham, all games this week will be featured on ACC Network Extra.

Louisville will be on the road all week and potentially into the weekend for the ACC Baseball Tournament at Durham Bulls Athletic Park.

Sporting sub-.500 regular season and conference records, Wake Forest remains Louisville’s worst loss to date,with an RPI ranking of 65. While Louisville and Wake Forest have taken different paths since their meeting, the results could still be the same if the Cards play undisciplined baseball. Infielders Jake Mueller (.315 avg, 20 RBI, 18 stolen bases) and Bobby Seymour (7 HR, 91 TB, .446 slg %) pose viable threats at the plate, but the Demon Deacons biggest threat still remains in the form of starting pitcher Griffin Roberts. The junior right-hander struck out 13 Louisville batters in an 8.1 inning start the last time he faced the Cardinals, and has also been named to the All-ACC Second Team. Louisville’s offense has finally found their stride, but they’ll have their hands full if they have to face Roberts again.

Duke’s offensive numbers might not pop off the page, but they do have a middle of the order that is offensively consistent. 6 of their starting 8 position players have a batting average of .280 or higher and have 3 players with 90 or more total bases. One player does stand out from the relatively average offense, and that is outfielder Griffin Conine. The junior posts a remarkable triple slash of .280/.406/.602 for an OPS of 1.08, and also leads Duke in home runs (15), RBIs (48) and total bases (112). Not to mention, Duke also has a very solid bullpen with Ethan DeCaster, Jack Lebosky and Matt Dockman combining for 9 earned runs over 96.1 innings pitched (0.84 ERA). Louisville has been very good at knocking at the opposing starter throughout the season, but doing so against Duke will not mean you are out of the woods.

I am predicting the Louisville will avenge their series loss in Winston-Salem and beat Wake Forest, then follow that up with a victory over Duke to make it to the ACC Baseball Championship semifinals for the first time.