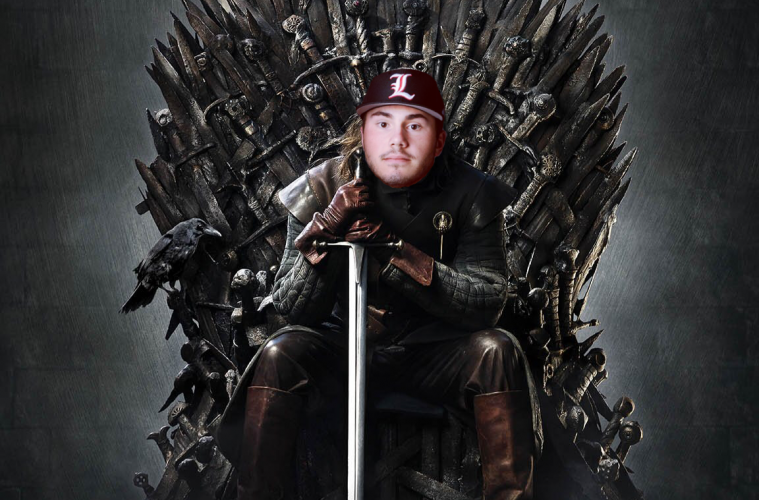 Coming off of only their second week of the 2019 regular season in which they went under .500, the #7 Louisville Cardinals (43-13, 21-9) were able to bounce back and finish the regular season strong. After heading to Bloomington and defeating the #21 Indiana Hoosiers (36-19, 17-7) in extra innings, the Cards returned home for the regular season finale where they beat the #17 Florida State Seminoles (35-20, 17-13) two games to one. The latter victory for the Cards not only clinched the ACC Atlantic Division, but also the #1 seed in the ACC Baseball Championship.

Experiencing a slight offensive lull in the previous week, the final week of the regular season featured the potent Louisville offense that we’ve become accustomed to over the course of the 2019 season. Against Indiana and FSU, the Cardinal Nine averaged 9 runs a game while batting .298 overall and .313 with runners in scoring position. As of the end of the regular season, Louisville features 7 hitters on the roster with a batting average over .300 (min. 75 PA), while also batting .298 as a team. On top of having an overall well-rounded roster at the plate, the meat of the Louisville batting order can compete with any team in the nation. Junior shortstop Tyler Fitzgerald, junior first baseman Logan Wyatt & freshman third baseman Alex Binelas lead the Cardinal Nine in most offensive categories. The trio of hitters are top 3 on the team in: RBI, total bases home runs, slugging percentage and OPS. Logan Wyatt’s 63 walks leads the ACC (3rd in nation), Tyler Fitzgerald’s 60 RBI is 5th in the ACC (31st in nation), and Alex Binelas’ .705 slugging percentage leads the ACC (20th in nation). Not only is this the best offense in the ACC, it’s one of the best in the country and they can go toe-to-toe with anyone at the plate.

With as good as the hitting has been for the Louisville Cardinals, it’s hard to imagine that the pitching has been even better. Their team ERA of 3.65 is best in the ACC by 0.21, on top of being the 31st best in the nation. The pitching staff is anchored by arguably the one of the best pitchers in all of college baseball in Reid Detmers. The sophomore southpaw’s 138 strikeouts are good for 3rd in the nation, and is only 8 behind the UofL single season strikeout record of 146 set by Brendan McKay in 2017. On top of having the best pitcher in the conference, Louisville also has two of the ACC’s best relievers on the roster. Michael Kirian & Michael McAvene have the two best ERAs on the Louisville pitching staff, combining for an ERA of 1.89, a WHIP of 0.89 and a strikeout-to-walk ratio of 72-13 (5.54). Not to be outdone, senior Bryan Hoeing and sophomore Bobby Miller have done exceptionally well since switching roles in the pitching staff midway through the season. Posting an ERA of 3.68 as a starter, upon switching back to being a reliever Hoeing posted a 1.91 ERA in his new role. The same can be said for Miller, as he posted an ERA of 5.65 as a reliever but an ERA of 3.72 as a starter this season. When you throw in pitchers like Shay Smiddy, Adam Elliott and Jack Perkins to the mix, you can see why the pitching staff is among the bets in the nation heading into the postseason.

This week, all games will feature charged admission, made purchasable directly through Durham Bulls Athletic Park. Tickets can be purchased here. In case you cannot make it to any of the games, all 4 potential UofL games will be broadcast on 93.9 The Ville. The pool play games & semifinal round will be televised on ACC Network Extra/Fox Sports South, with the championship game being televised on ESPN2.

While Boston College is only 3 games over .500 and has the third worst conference record in the ACC, you wouldn’t think so by looking at their batting statistics. Posting a team batting average of .289 (6th best in ACC), the Eagles feature 4 batters hitting over .300, with 2 batters posting an OPS over .900. Those two batters come in the form of freshman Sal Frelick & senior Jake Alu. Unfortunately, Frelick was lost for the season after suffering a season ending knee injury vs. Duke, so the mantle of offensive responsibility falls squarely on Alu’s shoulders. Outside of Frelick, Alu leads the team in total bases, batting average, OPS and hits. Beyond Alu, freshman infielder Cody Morissette, senior catcher Gian Martellini and junior infielder Brian Dempsey all have the ability to generate offense at a high level, with the trio rounding out the top 4 batting averages on the team and Morissette leading the team in doubles with 20 (2nd in ACC). Jack Cunningham has some power in his bat with 8 home runs, but like most power hitters is prone to the occasional strikeout, leading the team with 51.

Boston College & Louisville are teams that have gone in completely different directions over the course of the season. While Louisville is the #1 team in the ACC Baseball Championship, it took Boston College up until the last day of conference play to even clinch a spot in Durham. While their hitting kept them competitive, their pitching is why they’re the worst team in the ACC Baseball Championship. Statistically speaking, Dan Metzdorf is a very solid option to that gives BC a chance to win in every time he starts. He leads the pitching staff in strikeouts (65), ERA (2.58), WHIP (1.15) and is second in opponent’s batting average (.215). Mason Pelio is also a solid option to start with an ERA of 3.28, but a strikeout-to-walk ratio of 59-33. Beyond these two, the pitching staff begins to fall apart. Reliever Travis Lane is the only other pitcher on the staff with an ERA below 4.50, and he has 9 more walks than strikeouts over 29.2 innings pitched. No matter who BC decides to throw at Louisville, making it a bullpen game will be an absolute must for the Cardinal Nine.

Much like it was the first time around, senior infielder Grayson Byrd & junior shortstop Logan Davidson are the clear leaders at the plate for the Clemson Tigers. They have nearly identical stat lines, with Byrd batting .326/.405/.604 with 15 home runs and 56 RBI, and Davidson batting .294/.409/.592 with 15 home runs and 55 RBI. They are the only Tigers on the roster with double digit homers, triple digit total bases, 35+ RBI and are top two on the team in hits and doubles. It’s safe to say that the bulk of the offensive production runs through this duo. Junior catcher Kyle Wilkie & freshman infielder Bryar Hawkins are also decent threats at the plate, as they are the only other qualified hitters (2 PA/game, 75% games played) with a batting average over .280. Sophomore outfielder Bryce Teodosio has some power with 9 home runs, but comes at a cost of a .221 batting average and team leading 66 strikeouts. While Byrd and Davidson should be feared and respected at the plate, as a team Clemson doesn’t pose the biggest offensive threat. Their team batting average of .267 is just 10th in the ACC, and third worst among teams who clinched a spot in the ACC Baseball Championship. While whoever Louisville sends to start will need to be disciplined in not letting Byrd & Davidson do too much damage, they should be able to handle the majority of the Clemson hitters outside of that duo.

Clemson’s pitching staff has established itself as a barometer for the conference, with their team ERA of 4.44 ranking 7th in the ACC. They have clear strengths and weaknesses, with their starting pitching being their clear strength. Sophomore left-hander Mat Clark and freshman first baseman/right-hander Davis Sharpe will be the Tigers’ best chance to down to Cards. Clark has an ERA of 3.06 over 61.2 IP with and strikeout-to-walk ratio of 56-18, with Sharpe having a slightly worse ERA of 3.48 but a much better strikeout-to-walk ratio of 80-32. Dealing with either of those two will be difficult, but things will get slightly easier once the Tigers decide to go to their bullpen. Sophomore lefty Sam Weatherly & junior righty Carson Spiers are Clemson’s best relief options with the duo combining for 80 strikeouts over 68.2 IP and 47 appearances, but also have ERAs of 3.24 and 3.30 respectively. The rest of Clemson’s pitching staff has 7 pitchers with an ERA over 4.50, and only 2 pitchers with 40 or more strikeouts. With the Tigers not having an incredibly deep bullpen, the Louisville hitters will have to be aggressive and drive either Mat Clark or Davis Sharpe out of the game early.

I predict that after Louisville handles business against both BC and Clemson to win the pool, they will win both the semifinal round and he championship game to win their first ACC title.