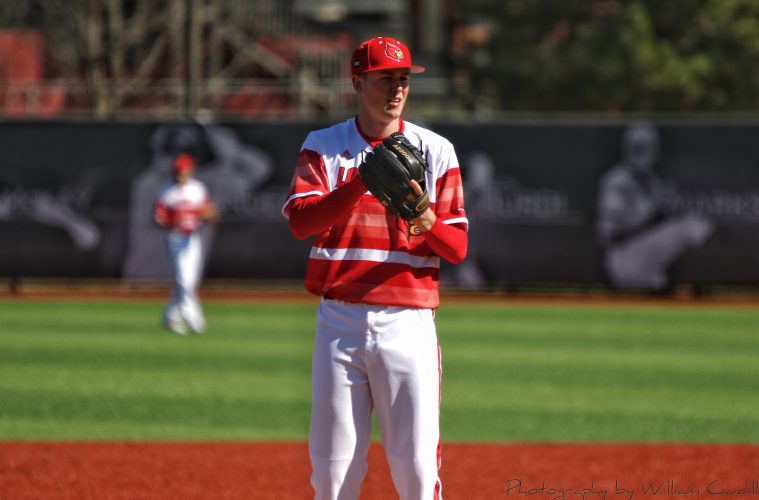 Another week, another series sweep on behalf of the Louisville Cardinals. They got the week started with their first taste of real competition in a 6-4 victory against the Xavier Musketeers (3-7), and then followed that up with a 3 game series sweep of the Western Carolina Catamounts (1-10). This time around, they face a midweek game against the Morehead State Eagles on Tuesday, and then things really get interesting. Less than a month into the season, Louisville kicks off their ACC Conference schedule this weekend against the 2017 ACC Baseball Championship Runner-Up, the North Carolina Tar Heels (7-5). Not only will this mark the first ACC action of the season, but Friday’s series opener will be the season’s first home night game (6pm).

With an average record of 6-5 and stats that (mostly) don’t really jump off the page, Morehead State doesn’t pose much of a threat to the Cards’ undefeated mark, with the exception of one player. Infielder Braxton Morris posts an impressive batting average of .462 (30th in the nation), and also has the ability to draw walks with 10 base on balls (74th in the nation). If Louisville can keep him in check, the should head into the weekend series against North Carolina with their unbeaten record in check.

It has been a bit of a rocky start to the season for North Carolina. Getting as high as #6 in the college baseball preseason polls, they have opened up their 2018 campaign with a 7-5 record, including losing 4 of their first 6 contests. This includes losing in mid week games to UNCW and St. John’s, losing their series against East Carolina, but winning their series against USF and sweeping Liberty. Their fringe .500 record is not for a lack of talent, as a majority of last year’s crop of players made a return to Chapel Hill.

The Tar Heels are lead by a trio of great hitters, in the form of first baseman Michael Busch, third baseman Kyle Datres, and outfielder Brandon Martorano. Busch and Datres both sport batting averages over .380, with Busch also registering a whopping 20 RBI, good for 7th in the nation. While Datres is more of a contact hitter, Busch and Martorano are known power hitter. Busch has a slugging percentage of .636 with 3 HR and Martorano has a slugging percentage of .676 with 4 HR, with both HR numbers being top 100 and both slugging percentages being top 200. Louisville’s young pitching staff will certainly have their hands full when it’s time for UNC’s meat of the order to come up to bat.

My prediction for the week: Louisville will win against Morehead State, and go 2-1 in the series against North Carolina to win the series but bring the undefeated season to a halt. Most likely the one loss against UNC will come on either Saturday or Sunday, as Adam Wolf has been lights out in three straight Friday starts.